'Boris is a breath of fresh air!' Britain's young Brexiteers reinvigorated by PM 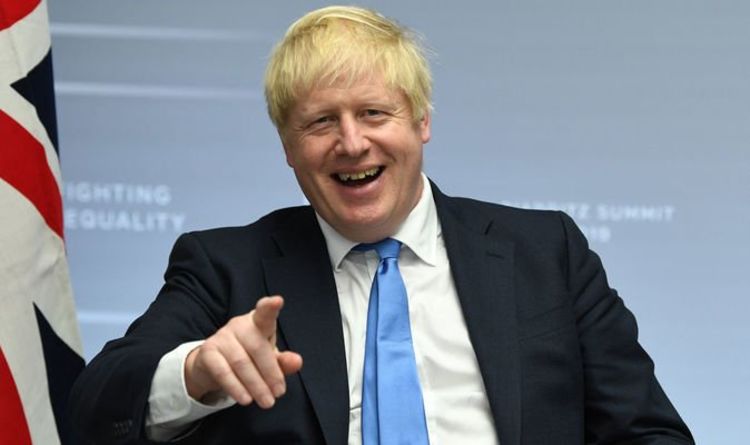 The Students for Brexit campaign claim the new leader has been welcomed by their members, despite youngsters backing a wide range of parties. The movement has gone against recent polling, which shows a strong dislike of the new Prime Minister among young voters. Speaking exclusively to Express.co.uk, Robert Langley said: “We welcome Boris’ approach to Brexit, it’s a breath of fresh air.

“Finally we are seeing the positive, free-trading global vision of Brexit.”

A total of 70 percent of the 182 youngsters sampled said they had an unfavourable opinion of the new leader.

Just 13 percent said he would make the best leader when compared to Jeremy Corbyn, with 37 percent backing the Labour leader and a staggering 44 percent saying they were unsure.

There are many young voters who backed Leave (Image: Getty)

Mr Johnson has been clear he will pull the UK out of the EU with or without a deal on October 31 to restore faith in democracy.

But this is expected to go down awkwardly with younger voters, with around 73 percent of under 24-year-olds voting to Remain in the 2016 referendum.

But the Students For Brexit group confirmed they want to see a complete withdrawal from all aspects of the EU and are not afraid to leave on WTO terms.

They say even staying in parts of the union would undermine Brexit, adding they were happy to see Theresa May’s Withdrawal Agreement rejected.

JUST IN: G7 LIVE: Boris lashes out at Macron over threat to block trade deal

The group says the new PM will deliver the global vision of Brexit (Image: Reuters)

Mr Langley told Express.co.uk: “Brexit to us is complete withdrawal from all aspects of the European Union. A clean break.

“Brexit is an opportunity to forge a new direction for the country, keeping us tied to the ECJ, single market or a customs union undermines the whole purpose of Brexit.”

The group claims to boast over 3,500 members from 32 universities and was founded in January 2019 after conducting a poll during a university debate.

Anonymously 42 percent of youngsters said they had backed Brexit, but when asked to reveal their identity only a handful did.

It showed there was support for Leave among university voters and Mr Langley attempted to galvanise that through the group.

In 12 hours the group had over one thousand followers on Twitter and now boasts a social media presence of over 4,000 followers.

Mr Langley told Express.co.uk: “Brexit is an opportunity to change the direction of the country.

“We don’t believe it is in our generation’s interest to become dissolved into an institution that has so many undemocratic characteristics. We want our politicians to be directly accountable to the people.

READ  No war with Iran protests: When are the marches taking place and what are the routes?

Britons are still unsure whether Britain will actually leave the EU (Image: Express.co.uk)

“Many of our members oppose the EU’s protectionist trade policies which punish poorer countries from outside the EU. We want mutual free trade.”

His comments came as Boris Johnson attended the G7 summit in Biarritz where he reiterated to world leaders he was prepared to leave the EU with or without a deal on October 31.

Yesterday the Prime Minister revealed the £39billion divorce deal penned by Philip Hammond would not be legally pledged in the event of a no deal.

Emmanuel Macron has said Britain must pay back their debts (Image: PA)

But French President Emmanuel Macron and EU headliner Guy Verhofstadt hit back at the claims, both urging Britain must pay their debts.

But Mr Johnson did make some progress on securing a deal, with Chancellor Angela Merkel saying changes to the Withdrawal Agreement could be made if the UK found a solution to the controversial backstop arrangement in Ireland.