Bobby Brown demands justice and calls for investigation after his son Bobby Jr, 28, died of alcohol and cocaine mix 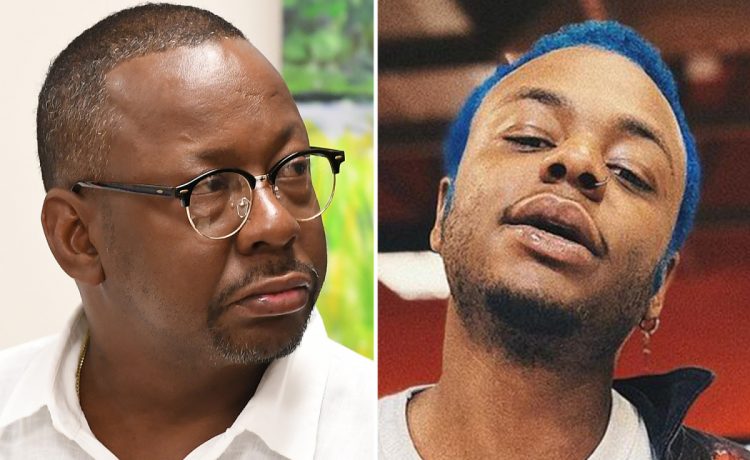 BOBBY Brown has demanded that whoever is responsible for his son Bobby Jr’s “senseless” death be held accountable.

The singer’s 28-year-old son died of a lethal mix of alcohol, cocaine and fentanyl in November last year.

Bobby Sr spoke out over the tragedy on Tuesday, calling for an investigation to be launched into the accidental overdose.

“This epidemic is out of control and those supplying this lethal drug should be held responsible for the death and destruction that it causes,” he told TMZ.

“This is a situation where he associated himself with the wrong people. My son is gone and those who contributed to his senseless death should be held accountable.”

Kim had an 11-year relationship with Bobby Brown around the same time the performer was dating Whitney Houston.

Their son was found dead at his Encino home on November 18 by his girlfriend, Anna Reed.

He had a history of alcohol and drug use and his death was ruled as accidental, according to an autopsy report obtained by The Sun.

“He had been suffering from congestion for the past 2-3 days with no reported fever or any other flu-like symptoms,” the LAPD case report read.

“In the hours prior to being found unresponsive he had consumed tequila and snorted cocaine and percocet.”

He consumed one and a half bottles of tequila, “shared” a Percocet tablet and snorted three lines of cocaine, it was reported.

He was last seen alive by girlfriend Anna at 5am and at approximately 1.45pm she found him unresponsive on his bedroom floor covered in a white sheet, but believed he was asleep.

Another person arrived at the house sometime later and yelled at Brown Jr to “wake up” before pulling him into the middle of the room and splashing water on his face – after which they called 911.

No drugs or drug paraphernalia were found at the scene and no foul play is suspected, the report ruled.

Bobby Sr released a statement after the tragic death saying the family was left “devastated.”

He said: “Please keep my family in your prayers at this time. Losing my son at this point in our lives has devastated my family. There are no words to explain the pain.”

It’s another tragic blow for the family after Bobby Sr also lost Bobbi Kristina, the performer’s daughter with Whitney, who tragically died back in 2015.

She was found in her bathtub with high levels of cocaine and alcohol in her bloodstream at age 22.

READ  Triple J: Ben Harvey and Liam Stapleton on why they quit for Nova FM

The family kept her on life support for several months before she passed in a desperate attempt to save her life.

Her tragic end was strangely reminiscent of her mother Whitney’s death in 2012.

The 48-year-old hitmaker was also found dead in her bathtub from cocaine intoxication and coronary artery disease.

Mikey Polo, a close friend of Bobby Jr’s, spoke out in an exclusive interview with The Sun, saying he was adamant he did not have a drug problem.

The Goldbergs actor George Segal dead at 87 ‘after surgery complications’

Peter Andre on the ‘sad reality’ of men as old as Jon Snow, 73, having kids

He shared: “Bobby was one of my close friends – we would be at the same house, making music together, partying together, chilling together, waking up on the couch and talking to each other.

“It’s a huge shock to me – I was only just with him. It was probably too much partying or something like that.

“He had a lot to live for and if he had a drug problem, trust me, we would have stopped it. I would not let Bobby do anything and f**k up in front of me. I’ve lost too many people to drugs.

“I know people are going to say, ‘Oh he’s Bobby Brown’s son he must have taken too much coke or too much whatever’ – I don’t want anybody looking at him like a druggie who overdosed.”