Here’s a good question for Larry Fink, the BlackRock billionaire, to address when he dispatches his lofty annual “dear CEO” letter in the new year. Is his firm guilty of “greenwashing”? In other words, is the world’s biggest fund manager, with an astonishing $7tn of assets under its roof, posing as a pioneer of climate activism while actually dragging its feet?

The accusation was made by Sir Christopher Hohn, another fund management billionaire. His hedge fund, TCI, is warning companies to improve their disclosures on carbon emissions and actions to reduce pollution, or face votes against the re-election of directors. But his pointed criticism of BlackRock was almost as significant. Hohn said out loud what others say in private: that Fink’s declared environmental concerns are not matched on the ground by BlackRock’s fund managers.

Naturally, BlackRock disputes the characterisation, saying it has “engaged” with 370 companies on “climate risks” in the past two years and arguing it makes the issue one of its “top five priorities”. The firm points out that it was a founder member of the Task Force on Climate-related Financial Disclosures and sent letters to more than 100 of the most carbon-intensive companies last year.

Yet the accusation is not that BlackRock is doing nothing. It’s a question of how hard the firm is pushing. One can certainly understand why Hohn could view BlackRock’s voting record on climate-related resolutions as “appalling”, as he put it to the FT. InfluenceMap and ShareAction, two research groups, agreed in recent reports that Fink’s firm backs only about 10% of climate-related resolutions tabled by shareholders, whereas big European names such as Legal & General and UBS are in the 80%-90% range.

BlackRock would protest that you can’t judge a fund manager solely by its record. But, even on regular day-to-day dealings with companies, fingers are being pointed. This territory is hard to measure since “engagement” means conversations with corporate managements that take place behind closed doors but InfluenceMap looked at what fund managers say themselves.

It concluded that, among the world’s top 15 asset managers only Allianz, L&G and UBS “strongly and consistently” try to change business models in line with Paris Agreement targets. BlackRock, as well as fellow US giants Vanguard and State Street, was deemed to be in the slow camp of managers that call on companies to consider climate risks but “do not drive behaviour change around climate models or policy lobbying”.

Fink may still feel that BlackRock’s reputation as a laggard is unfair. If so, he has the ideal platform to address the accusation of soft-pedalling. His letter to fellow chief executives generates acres of coverage every year and, if he wishes to issue a blistering call for corporations to act faster to tackle the climate emergency, he is free to do so. If he named a few names, instead of issuing bland generalities about the importance of companies having a “purpose”, so much the better.

He is also free, of course, to get heavier on the voting front. BlackRock is so big it owns stakes of 5%-plus in many large companies, which can be enough to make or break an investor rebellion on a climate issue. Most of all, Fink should know that Hohn was echoing a common sentiment, at least in Europe: that BlackRock is increasingly part of the problem.

Not a good look for Ted Baker

Another day, another item for the non-executive directors at Ted Baker to investigate. This one concerns the overstatement of the value of the inventory on the balance sheet. Suspected inflation of £20m to £25m equates to about 10% of the stock value shown in the last balance sheet. It’s a bad look, which is why the shares, which had already collapsed by three-quarters this year, fell another 8%.

Mind you, a balance sheet overstatement may not be the most pressing concern. On the value front, say the critics, the real worry is the price of Ted’s clothes in the shops.

The Guardian view on Huawei and 5G: the risks are real | Editorial 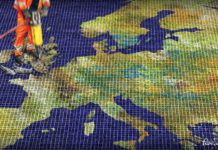 Britain after Brexit will not be alone, but it will be lonelier

Airbus reaches £2.5bn settlement over corruption investigations in UK, France and US