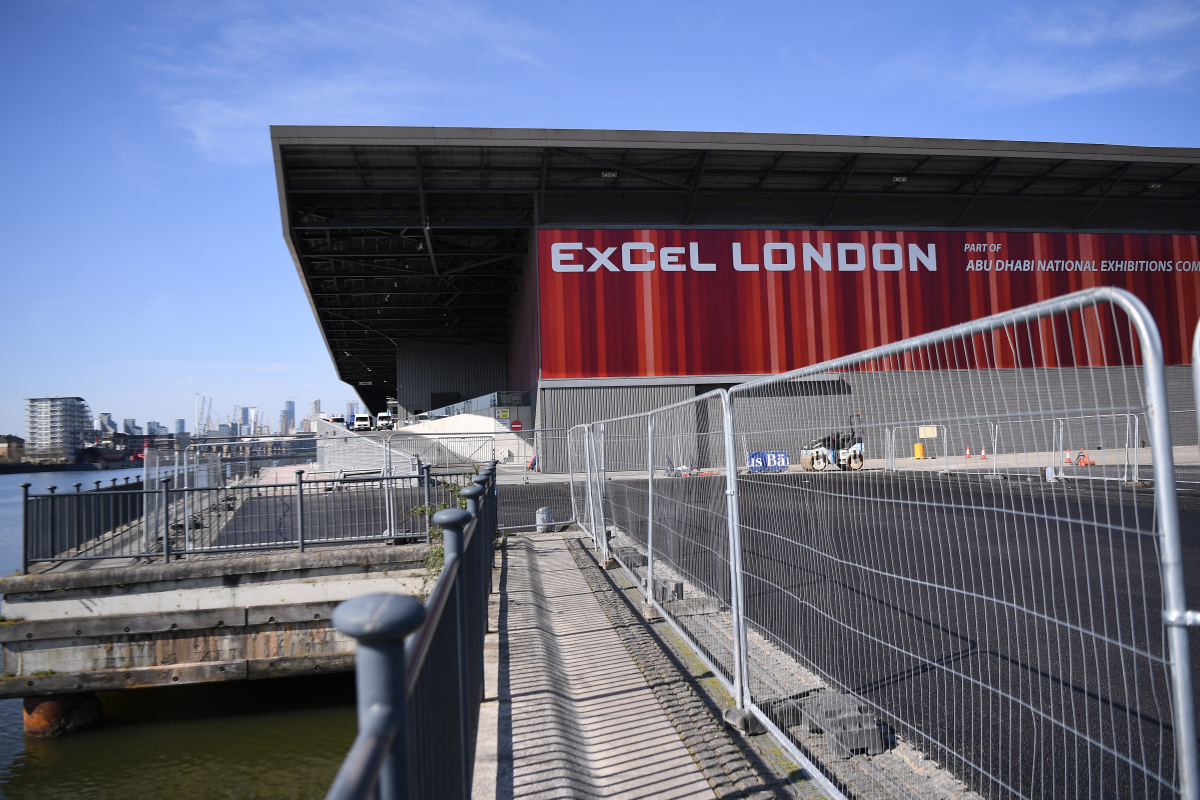 Officials are looking into several more locations to help take pressure off hospitals during the peak of the epidemic, which is expected to hit Britain within two weeks.

It will have up to 4,000 beds and be opening next week to take 500 patients to begin with, he revealed.

The massive conference centre is being transformed by the Army with military and civilian medics expected to help deal with the swell in patient numbers.

Military planners are already examining five locations in support of the Department of Health and Social Care, a Whitehall source told Sky News.

It’s understood they are looking at centres in big cities where they could have the most impact.

Another source said the number could be as high as 13 venues – but some may be extensions of local hospitals.

The Sun revealed earlier this week that the NEC in Birmingham was a location being examined.

MoD sources said: “These will be very big facilities, what exactly they will used for will be for the NHS.

“The first is in London but we will create a service that will support the entire UK.

“The first is being rolled out as we speak – it will be ready in a few days.

“Each region and nation will get similar to what London is getting.

“London is two weeks ahead of the rest of the country, and military planners are working what happens week to week, so I would expect to
see more across the country soon.”

A No10 spokesperson said today: “NHS England is actively preparing for a number of scenarios. As the outbreak continues and is working with clinicians and teams of military planners to support the local health service around the country.”

Chris Hopson, the chief executive of NHS Providers – which represents care trusts – said earlier that, while critical care capacity has been expanded between five and seven times, hospital bosses are seeing a “continuous tsunami” of demand.

Mr Hopson told BBC Radio 4’s Today programme on Thursday that this is combined with sickness rates of up to 50 per cent.

He added: “They are struggling with two things.

“The first is the explosion of demand they are seeing in seriously ill patients.

“We are now seeing 30 per cent, 40 per cent and indeed in some places 50 per cent sickness rates as staff catch the virus or are in vulnerable groups or have to self-isolate.

To receive The Sun’s Coronavirus newsletter in your inbox every tea time, sign up here.

Get Britain’s best-selling newspaper delivered to your smartphone or tablet each day – find out more.

Boris to speak to nation at 8.30pm as UK faces fresh lockdown measures

People who cough at police or NHS staff could face a year in jail, cops warn

When will schools close in England and how long will they shut for?

Professor Neil Ferguson, of Imperial College London, said he believes the health system has the capacity to cope and that the lockdown will lead to a “plateau” of case numbers.
He added: “So we are going to have a very difficult few weeks, particularly in hotspots – London for instance.
“But we think, overall, with the capacity which is rapidly being put in place across the country, that whilst the health system will be intensely stressed, particularly in areas of London, it won’t break.
“Perhaps in about three weeks we hope these current measures will start flattening that curve and start bringing numbers down.”