Warner Bros. has silently released the first trailer for Birds of Prey. The first look at the highly anticipated movie starring Margot Robbie was teased earlier this week when some images leaked online. As of this writing, the only place to see the trailer is in front of the Spider-Man: Far From Home extended cut, which just hit theaters in time for the long holiday weekend with four minutes of additional footage.

According to reports, the Birds of Prey trailer starts looking like a promo for IT Chapter Two, but instead of Pennywise the Dancing Clown, it’s Margot Robbie’s Harley Quinn who appears. Other than that, we get some looks at Mary Elizabeth Winstead as Huntress, Jurnee Smollett-Bell as Black Canary, and Ella Jay Basco as Cassandra Cain. Ewan McGregor’s Black Mask is also teased in the footage. While it’s exciting to hear that some footage has made its debut, it reportedly doesn’t really give a feel of what the movie is all about just yet.

Warner Bros. recently tried this same tactic with an equally as short trailer for Christopher Nolan’s latest movie Tenet, which is still in production. We get to see star John David Washington, a bullet hole, and some titles. But that is about it. So far, Warner Bros. hasn’t released that trailer online for everyone to see. And some even believe the surprise trailer drop may have hurt the hype for Nolan’s latest. This Birds of Prey trailer could go the same route, and remain a theater only release for the time being.

From the outlandish title Birds of Prey: (And The Fantabulous Emancipation of one Harley Quinn), one can tell that the studio is aiming for a fun movie. It won’t have the serious overtones of Suicide Squad, which is a wise decision. Even James Gunn’s The Suicide Squad is shaping up to be something a bit more fun than the first installment, but we won’t truly know until we get our first tease. Gunn and crew are expected to begin production this fall and it is believed Margot Robbie will be back as Harley Quinn.

Cathy Han is directing Birds of Prey from a script by Christina Hodson. When penning the script, Hodson became enamored with Margot Robbie’s take on the Harley Quinn character, which isn’t a surprise by any stretch. “She’s got such emotional depth that is completely contrasted by this light, superficial, fun exterior,” says Hodson when talking about Quinn. Robbie brought the character to the mainstream after she had been a fan-favorite for decades and one can see the character only getting bigger from here, especially after Birds of Prey hits theaters.

Birds of Prey: (And The Fantabulous Emancipation of one Harley Quinn)} hits theaters on February 7th, 2020. For DC fans looking for their first tease, head into the extended cut of Spider-Man: Far From Home this weekend. There is also a leaked version of the international version of the trailer which has found its way online, though you will have to find that leak in other places. For now, it looks like Margot Robbie and crew are going for a lighthearted take on these characters and DC fans are looking forward to seeing Harley Quinn back on the big screen for the first time since 2016’s Suicide Squad. Trailer Track was the first to announce that the Birds of Prey trailer release was imminent. You take take a look at these trailer imahes, which even show Harley Quinn with one of Pennywise’s signature red balloons.

New stills from Birds of Prey! The first teaser will drop next week! #BirdsOfPreypic.twitter.com/6udV7Bzq4F

All my doubts about #BirdsOfPrey have gone because it looks awesome!
Can’t wait for that teaser. ♦️ pic.twitter.com/vaQ2fZ7Vmv

birds of prey has a smaller budget than most comic book movies but it still looks stunning pic.twitter.com/pA1uSbK3mj

Is Sonic the Hedgehog 2 Really Bringing in The Rock? 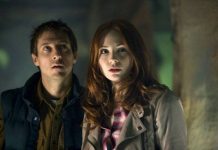