When Warner Bros. hired Cathy Yan to direct Birds of Prey: And the Fantabulous Emancipation of One Harley Quinn, it was a momentous occasion. Yan become the second female director entrusted with with a Warner Bros./DC Comics movie after Wonder Woman helmer Patty Jenkins. Now, just a week before the Birds of Prey premiere and in a new interview, Yan is revealing some incredible advice her fellow Warner Bros. director gave her before she embarked on making the movie.

Speaking with Variety, Yan covered a wide range of topics related to her work on Birds of Prey. One of those key topics was getting Yan to discuss what it felt like to be “handed the keys to this giant franchise movie,” per Variety’s phrasing. Yan replied,

“I had such institutional support from the get go. But at the same time, every day, I remember being very concerned about, like, I’ve never done this before. I actually called up [Wonder Woman director] Patty Jenkins during prep and I’m like, ‘What am I doing?’ She told me, ‘You’ve got to remember that no one knows this movie as much as you. That’s what makes you the director.’ And that was really, really helpful.”

Yan also opened up about how it felt to be one of the few members of a very special class: Female directors who have made four of the biggest superhero movies of 2020. The Birds of Prey director was effusive in her response:

“It’s pretty freaking amazing. Hopefully it does what we all hope it does, which is prove that female directors can do movies of scale. I remember when I was just starting off being told, ‘Actually, we’ve been looking for female directors, but there aren’t that many that want to do action movies.’ I remember thinking, ‘I do! I love action movies.’ Women are capable of this.”

Birds of Prey premieres on February 7. For more, check out the newest Birds of Prey stills and colorful IMAX posters. 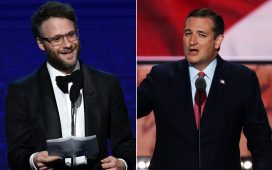