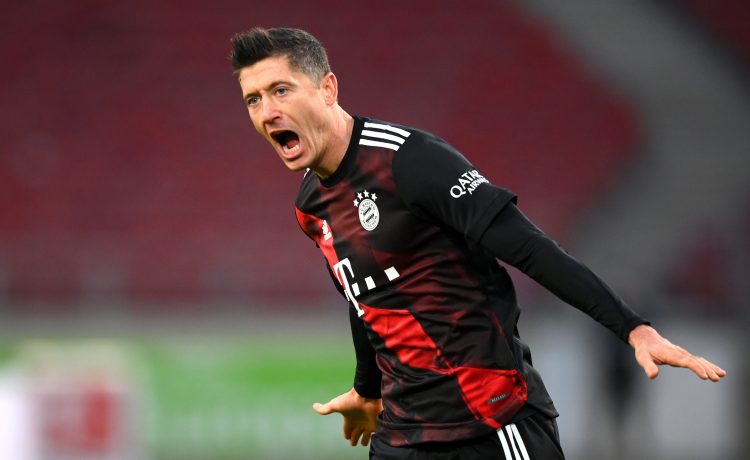 Lewandowksi is the favourite to win the prize after a stellar year for Bayern Munich which included winning the Champions League, as well as the Bundesliga and the German Cup.

Ronaldo finished the 2019-20 season with 37 goals in all competitions as he helped Juventus to the Serie A title,  and already has 12 in the new campaign.

Messi remains a player of exceptional gifts but has endured a tough year. He finished the 2019-20 season with 31 goals and was La Liga’s top goalscorer, but it was an otherwise disappointing campaign which saw Barcelona fall short in the league, the Champions League and the Copa del Rey. Messi asked to leave the club in the summer but his request was refused, and he remains at the Nou Camp in what has already become a challenging season under new manager Ronald Koeman.

Manchester City’s Lucy Bronze is up for the women’s award, having won the Champions League with former club Olympique Lyonnais. She is up against former Lyon teammate Wendie Renard and and Chelsea’s Pernille Harder.

Harder’s coach Emma Hayes has been shortlisted for the women’s coach award, while Leeds manager Marcelo Bielsa and Liverpool’s Jurgen Klopp are nominated for the men’s coach, alongside Bayern Munich’s Hansi Flick.

Klopp’s No1 goalkeeper, Alisson Becker, is among those up for the men’s goalkeeper award against Bayern’s Manuel Never and Atletico Madrid’s Jan Oblak.

Tottenham’s Son Heung-min is listed for the Fifa Puskas award, which goes to the best goal of the year, after his mesmeric dribble through the Burnley last season.

The shortlisted candidates for The Best Fifa Football Award 2020 are (in alphabetical order):

All winners, including those of the Fifa Fan Award and the Fifa Fair Play Award, will be crowned on 17 December 2020 in a TV show broadcast live.