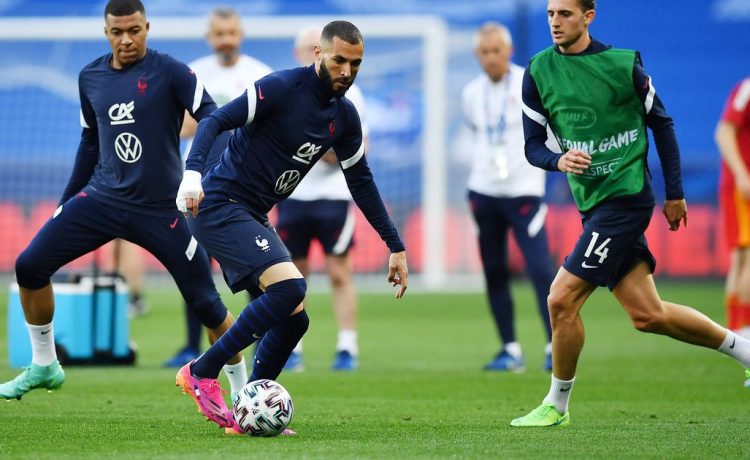 All eyes were on Karim Benzema on Wednesday night as the Real Madrid star made his long-awaited return to the international fold.

It had been five years and seven months since his last cap when he scored twice against Armenia in 2015 – only one player has had to wait longer between caps when Roger Scotti went five years and 11 months after returning in October 1956.

However, it was not a happy night for the 33-year-old, who found himself claiming an unwanted record from the penalty spot.

France took on Wales in a warm-up match ahead of Euro 2020 this summer, which was postponed last year.

After Liverpool ace Neco Williams was sent off, Les Bleus would go on to win 3-0 in a routine victory.

But while the defender might feel aggrieved to have received a red card, Benzema failed to capitalise when his resulting penalty was saved.

It means the striker has now missed his last three spot-kicks for France, with the other two coming against Switzerland in the 2014 World Cup and a friendly vs Sweden.

Benzema is now up to 82 caps for his country, a hefty amount considering his five-year hiatus.

Had he continued to play during that time, it would not be unreasonable to think that he could be knocking on the likes of Olivier Giroud and Zinedine Zidane, who both have over 100 caps for France.

Considering Benzema has been a consistently brilliant player for Real Madrid during that time, why has Deschamps avoided calling the forward up to his squad?

Who will win the Euros this summer? Comment below.

Due to his alleged involvement in an attempt to blackmail his former France teammate Matthieu Valbuena in a “sex tape” scandal, the Bernabeu frontman was left out of the squad by Deschamps.

A trial is due to take place after this summer’s tournament, on 20-22 October.

Benzema vehemently denies all charges and condemned Deschamps for having “bowed to the pressure of a racist part of France”.

Not long after, the France manager’s holiday home was vandalised with the word “racist” sprawled on it.

In 2020, Deschamps opened up over the fiasco, saying: “There have been very unpleasant moments which were outside of the context of football, when it went on the private and personal sphere.

“Am I thinking about the tag? Yes. I will never be able to forget it. Then, it went too far. It was violent, inappropriate and unacceptable.”