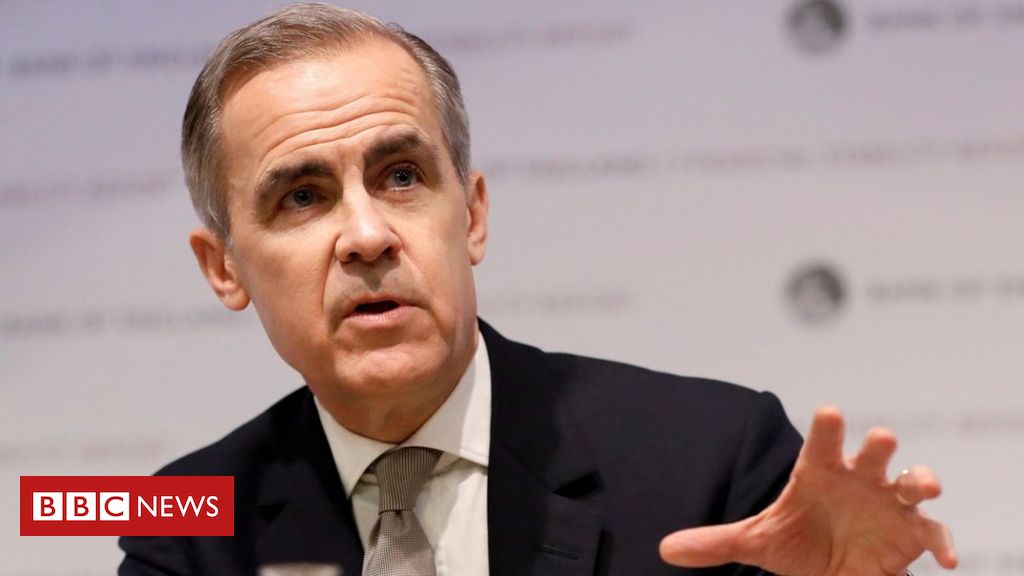 The world will face irreversible heating unless firms shift their priorities soon, the outgoing head of the Bank of England has told the BBC.

Mark Carney said the financial sector had begun to curb investment in fossil fuels – but far too slowly.

He said leading pension fund analysis “is that if you add up the policies of all of companies out there, they are consistent with warming of 3.7-3.8C”.

Mr Carney made the comments in a pre-recorded BBC Radio 4 Today interview.

He added that the rise of almost 4C (39F) was “far above the 1.5 degrees that the people say they want and governments are demanding”.

Scientists say the risks associated with an increase of 4C include a nine metre rise in sea levels – affecting up to 760 million people – searing heatwaves and droughts, and serious food supply problems.

Mr Carney, who will next year start his new role as United Nations special envoy for climate action and finance, continued: “The concern is whether we will spend another decade doing worthy things but not enough… and we will blow through 1.5C mark very quickly. As a consequence, the climate will stabilise at the much higher level.”

Speaking to the Today programme, he re-iterated his warning that unless firms woke up to what he called the climate crisis, many of their assets would become worthless.

“If we were to burn all those oil and gas there’s no way we would meet carbon budget,” he said. “Up to 80% of coal assets will be stranded, (and) up to half of developed oil reserves.

“A question for every company, every financial institution, every asset manager, pension fund or insurer: What’s your plan?

“Four to five years ago only leading institutions had begun to think about these issues and could report on them.

“Now $120tn worth of balance sheets of banks and asset managers are wanting this disclosure (of investments in fossil fuels). But it’s not moving fast enough.”

Mr Carney said capitalism had a vital role in raising funding for clean technologies. But he added it must be tempered by government-imposed incentives, rules and prohibitions of the most damaging activities.

Climate change was what he called a “tragedy of the horizon” because the decision-making time horizon of investment managers is between two and 10 years.

“In those horizons there will be more extreme weather events, but by the time that the extreme events become so prevalent and so obvious it’s too late to do anything about it,” he said.

He told those questioning the consensus on climate change: “We can’t afford on this one to have selective information, spin, misdirection… it needs to be absolutely clear because we are all in on it.

“To deliver, there needs to be shared understanding about what’s necessary. [But] it is reasonable for there to be debates at the margin about where does the role of the state stop – and what’s the role of markets.”

Under Mr Carney’s leadership the Bank of England recently launched a “stress test” to determine which firms and sectors would be worst-hit by climate change.

The question is how fast financial institutions can change course.

The bank said it would not invest in new thermal coal mines (for power stations) anywhere in the world.

Insurance giant AXA said it would stop insuring any new coal construction projects, and totally phase out existing insurance and investments in coal in the EU, by 2030.

Nest, the workplace pension scheme set up by the government, is testing whether it can invest its Climate Aware Fund in firms compatible with a 1.5C warming.

Meanwhile, the heads of two key environmental bodies have warned that 2020 is the “last chance” to bring the world together to tackle climate change to protect communities and nature.

Climate change and damage to nature are already having “dire consequences”, the leaders of government agencies Natural England and the Environment Agency said.

In an article on the Green Alliance website, Natural England chairman Tony Juniper and the Environment Agency’s Emma Howard Boyd pointed to the recent flooding which saw hundreds evacuated at Fishlake, Doncaster, with some people still out of their homes.

And a report in October on the state of nature in the UK found two-fifths (41%) of the country’s wildlife species had declined over the past 50 years and 13% of the species tracked were threatened with extinction in England.

“It’s clear that 2020 is our last chance to bring the world together to take decisive action on climate change in order to protect our communities and reverse the alarming loss of wildlife we have witnessed in recent years,” Mr Juniper and Ms Howard Boyd wrote.