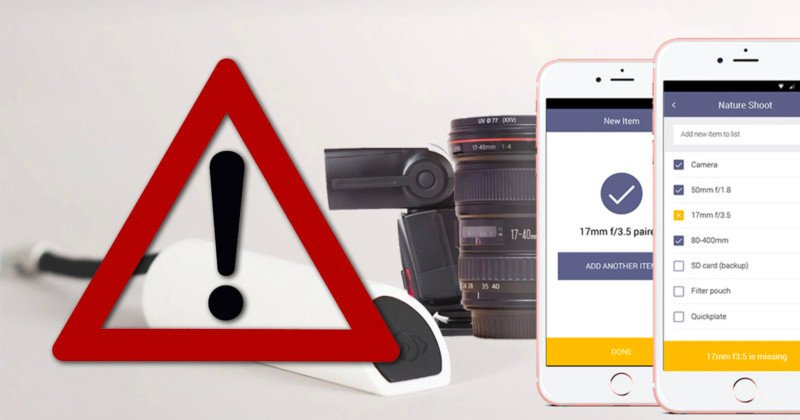 GearEye is a tracking system that allows photographers to make sure all the gear needed for a shoot is always in their bags. The idea was incredibly popular, but five years after raising $558,000, most backers haven’t received a product.

GearEye originally came to Kickstarter in November of 2016 and looked like it would make the dream originally pitched by KitSentry in 2015 a reality (KitSentry bailed on the project a year after it pulled in nearly $30,000 on Kickstarter). After raising a colossal $558,069 through the backing of 3,313 people, GearEye promised that it would deliver finished products by July of 2017.

GearEye is a smart gear management system for on-the-go professionals. It enables you to manage your equipment through thick and thin: organization, tracking, and making sure you always have everything you need whether at home or on the job. GearEye is a game-changer for anything from the smallest messenger bag to the largest camera suitcase.

But five years after the launch of the Kickstarter, backers are still reporting that nothing has been delivered, despite the company’s insistence that it had started to fulfill orders. The Kickstarter does feature regular updates from GearEye, including one as recent as November 8 of this year that promises that the Android version of the device has started shipping. The CEO Julia Lerner still actively publishes videos that discuss her company and the state of GearEye as well, such as this one from July (it cannot be embedded outside of YouTube). 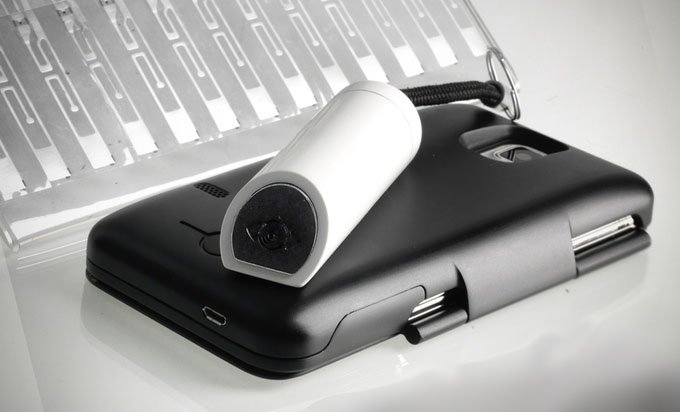 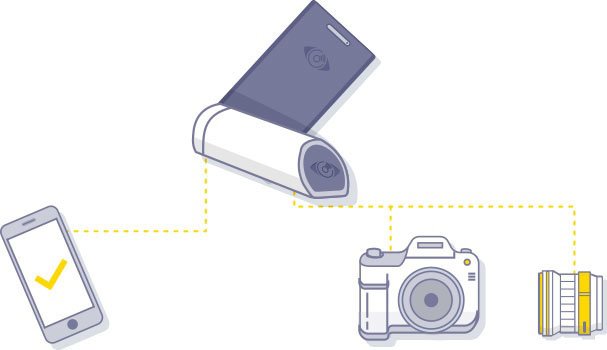 Backers aren’t convinced. Years of being strung along has made them skeptical, and the lack of information in the shipping notification hasn’t changed that.

“Stall for time. Another blurred photo. How many plastic shells with no electronics in it are we shown?” one backer has commented, refering to the single image included in the shipping update. “Image is deliberately blurred. Who are you shipping to? You don’t know what type of phone anyone has. The last shipping update was a complete lie. Two fake customers, totally unverified. It would be so easy for you to prove it was real but you never do it.”

The note about “two fake customers” is a reference to the previous September 2021 GearEye update that featured a photo of a supposed backer. According to the comments, GearEye has only provided proof that it has delivered two finished products, which many suspect are just friends or family members.

While the company says it finally received the products it needed to assemble products this past May, the multi-year delay and vague updates have left many users extremely upset.

“Sadly, despite saying that they want to do better, the GearEye team has sadly made another update that is essentially useless!” another backer adds. “Big celebration – we’re shipping but NO real information. What timelines? How will GearEye know if I’m an Android or iOS user? How can I update my address? NO real information or details, NO commitment. In essence, the BIG update was no more, no less than what you have said before.”

“It’s been a couple of weeks since this update. Has anyone been contacted for their address? What’s the ETA for the iOS app? All info still needs to come through Kickstarter, not just Telegram,” another backer writes.

One backer claims that in 2018 he asked for a refund, but received the following response:

As of right now, we have temporarily put all refunds on hold as management has invested all funding into manufacturing. Once shipping starts and refunds are restarted, we will notify you.

We estimate that November will be the delivery date at the latest, hopefully, earlier than that.

“Now that shipping has begun 4 years later than expected, when will my refund be processed?” he asks.

The process for requesting a refund hasn’t been straightforward for many backers. Those who attempt to go through GearEye indicate the company does not often respond, while some do receive a boilerplate response like the one above. In a private Facebook group called Unhappy GearEye backers, multiple threads show repeated attempts at communication with GearEye with most going unheeded, and one backer who did get a refund only managed to do so by filing a complaint with the Florida Attorney General’s office where GearEye is registered.

Despite these issues, the company is still accepting pre-orders for the GearEye and publishing marketing videos to its YouTube channel. The video below was published just this past September:

GearEye tells PetaPixel that there are a few reasons production has taken so long.

“The new small form factor was challenging and led us to an entirely new hardware design, which in turn, led to new software development, while the lack of financing almost killed the project,” Lerner tells PetaPixel. “But we finally succeeded, and there is no other mid-range RFID reader so small, lightweight, and easy to use.”

In August, Lerner published a 16-minute demonstration video of the tool in use after the claim the previous month that 1,000 units were to ship out in September with 2,000 more to follow.

But in an email to PetaPixel, Lerner admits those numbers were not reflective of reality.

“15 devices have been sent to our backers, and another 35 are on their way to them,” she says. “There is an ongoing mass-production, and we plan to deliver to everyone.”

Lerner says that GearEyes undergo “extensive” quality assurance and recent delays can be attributed to bugs taht were discovered at the last minute. She included a photo of several GearEye devices she says are in the final stages before being shipped out. 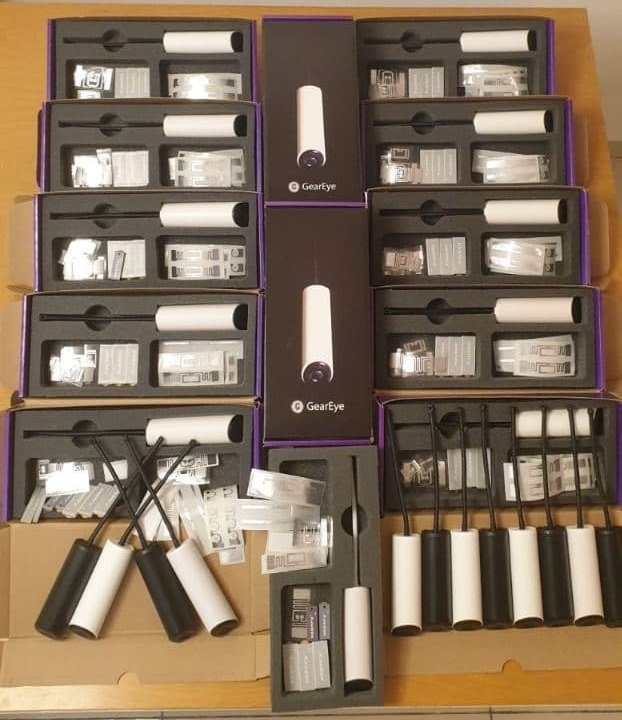 As promised, GearEye published its Android app to the Google Play Store on November 26, but the company says the iOS version is still in testing and has not provided a timeline for its completion. 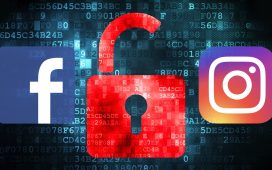 Scammers Stole at Least $770 Million Through Social Media in 2021 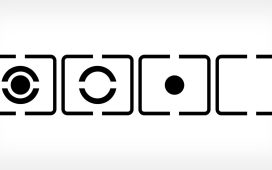 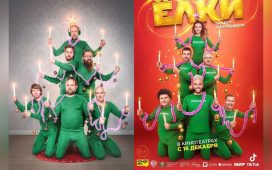 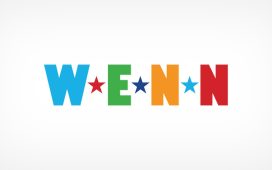 WENN Shutters After 33 Years, Will Re-Emerge as Meta Images 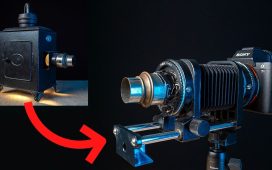 Repurposing a Vintage Magic Lantern Projector into a Camera Lens 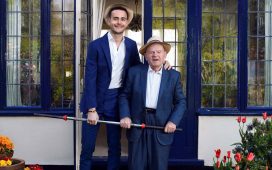 Portraits of Holocaust Survivors and Their Families 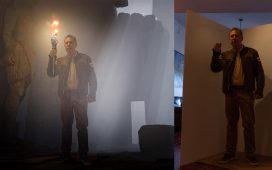 How to Combine Photos with Unreal Engine for Creative Composites 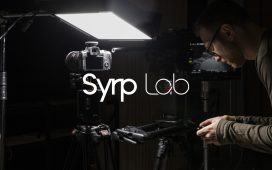 Syrp to Restructure, Fold All Products Into Manfrotto Move Ecosystem 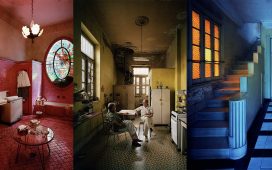