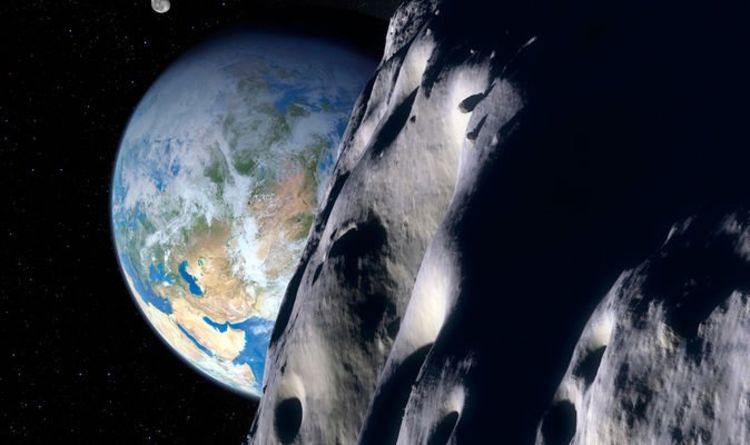 The dinosaurs’ reign on Earth was brought to a fiery end 66 million years ago when a 10 kilometre wide space rock came crashing into Earth. While the chances of a dinosaur-killing-asteroid hitting Earth again are small – astronomers say this happens on average every 100 million years or so – there is still a chance. And if the worst were to happen, experts say the human race would likely go extinct.

A 2003 study titled ‘Study to Determine the Feasibility of Extending the Search for Near-Earth Objects to smaller Limiting Diameters’ from NASA  found that an asteroid over one kilometre could lead to the death of humans.

The study read: “The impact of an object much larger than 1 km diameter could well result in worldwide damage up to, and potentially including, extinction of the human race.”

So if a 10 kilometre asteroid came crashing into Earth, humanity’s chance of survival is pretty much nil.

Bryan Walsh, author of the new book End Times, which looks at the existential threats which plague our planet, believes a 10 kilometre asteroid would result in a “100 percent” extinction for the human race.

Mr Walsh wrote in the book: “The bad news is that if an asteroid the size of the one that killed off the dinosaurs were to hit our planet today, it would have global effects no matter where it landed, and according to one study [NASA, 2003] could result in fatality rates of up to 100 percent – in other words, extinction.”

Mr Walsh is not the only one who believes we have little chance against an asteroid.

The journalist wrote in his book about a 2013 congressional hearing, when Representative Bill Posey of Florida asked then NASA administrator Charles Bolden, succeeded by Jim Bridenstine in April 2018, what the plan was for dealing with an Earthbound asteroid if it was only discovered three weeks prior to impact.

Mr Bolden’s response was both chilling and blunt: “Pray.”

The mission will give vital information on how to deflect asteroids from their collision course with Earth.

But NASA reiterates that while there is a small chance Earth could be impacted, “over millions of years, of all of the planets, Bennu is most likely to hit Venus.”

The ESA has invested £21million in projects such as the Human Exploration Research Analog (Hera) mission, which will study the Didymos binary asteroid, set to fly past Earth in 2022.

Studies such as Hera will help the ESA better understand how it can protect our planet from killer asteroid strikes.