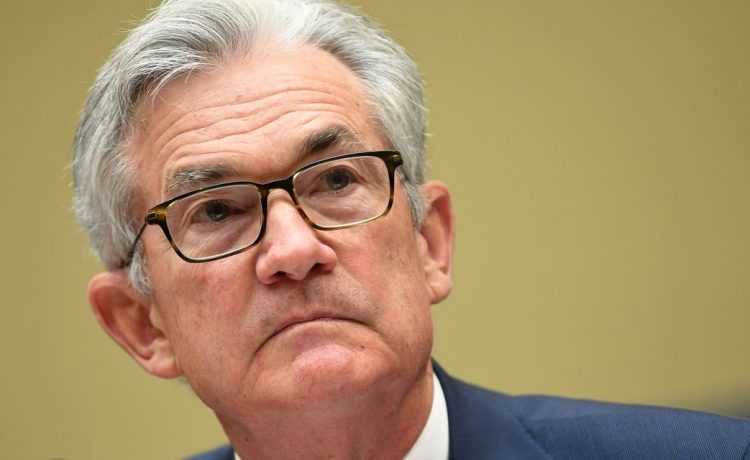 Shortly after the open, the

The 10-year Treasury yield rose to 1.45% from a touch below 1.4%. The yield is up from 1.1% just a few weeks ago. Rising rates erode the value of future cash flows and growth companies—often in the technology space—expect to see a large share of the profits farther into the future. Tech stocks have been leading the market down for over a week now.

Asian stocks jumped, catching up to the rally on Wall Street as Federal Reserve officials made clear they would keep monetary policy easy despite rising inflation fears in markets.

recovered from Wednesday’s decline to rise 1.2%, and the

Federal Reserve Vice Chair
Richard Clarida
said the central bank will keep buying bonds until “substantial further progress” has been made toward its maximum-employment and price-stability goals. Clarida said rates would be keep at its current near-zero levels until the Fed achieves “maximum” employment, until inflation has risen to 2%, and until inflation is on track to moderately exceed 2% for some time.

“With investors now confident again that the central bank will sustain a favorable interest rate environment—one of the key drivers of the record stock market rally—risk appetite is on the rise again,” said Milan Cutkovic, market analyst at Axi.

(AMC) were back in the spotlight after surging on Wednesday, weeks after huge rallies for both had petered out. Both companies are favorites of the Reddit WallStreetBets message board—which received so much activity that the site went down. The GameStop rally occurred after it announced its chief financial officer was departing.

(NVDA) shares fell 1.4% after the chip maker posted a strong quarter. The company earned $3.10 per share, beating the forecast $2.81. Nvidia said revenue was $5 billion, which beat expectations of $4.8 billion.

(MRNA) shares rose 5.3% as the company moves ahead with its process to build a vaccine that immunizes adequately against the new strains of the virus.

(VIAC) shares rose 1.9% after the company beat earnings estimates, posting EPS of $1.04, better than the expected $1.02. The media company’s revenue result missed the mark, coming in at $6.87 billion, under the forecast $6.89 billion.

(EXPE) shares rose 0.7% after Argus upgraded the stock to Buy from Hold.

(L) shares rose 0.7% after
Gordon Haskett
upgraded the shares to Buy from Accumulate.

shares dropped in Brussels, as the brewer reported stronger-than-forecast sales and volumes for the fourth quarter but also said current year margins would face pressure from adverse channel and packaging mix, coupled with transactional foreign exchange and commodity headwinds.