As people disappear under lockdown, goats, rats and coyotes prowl the streets 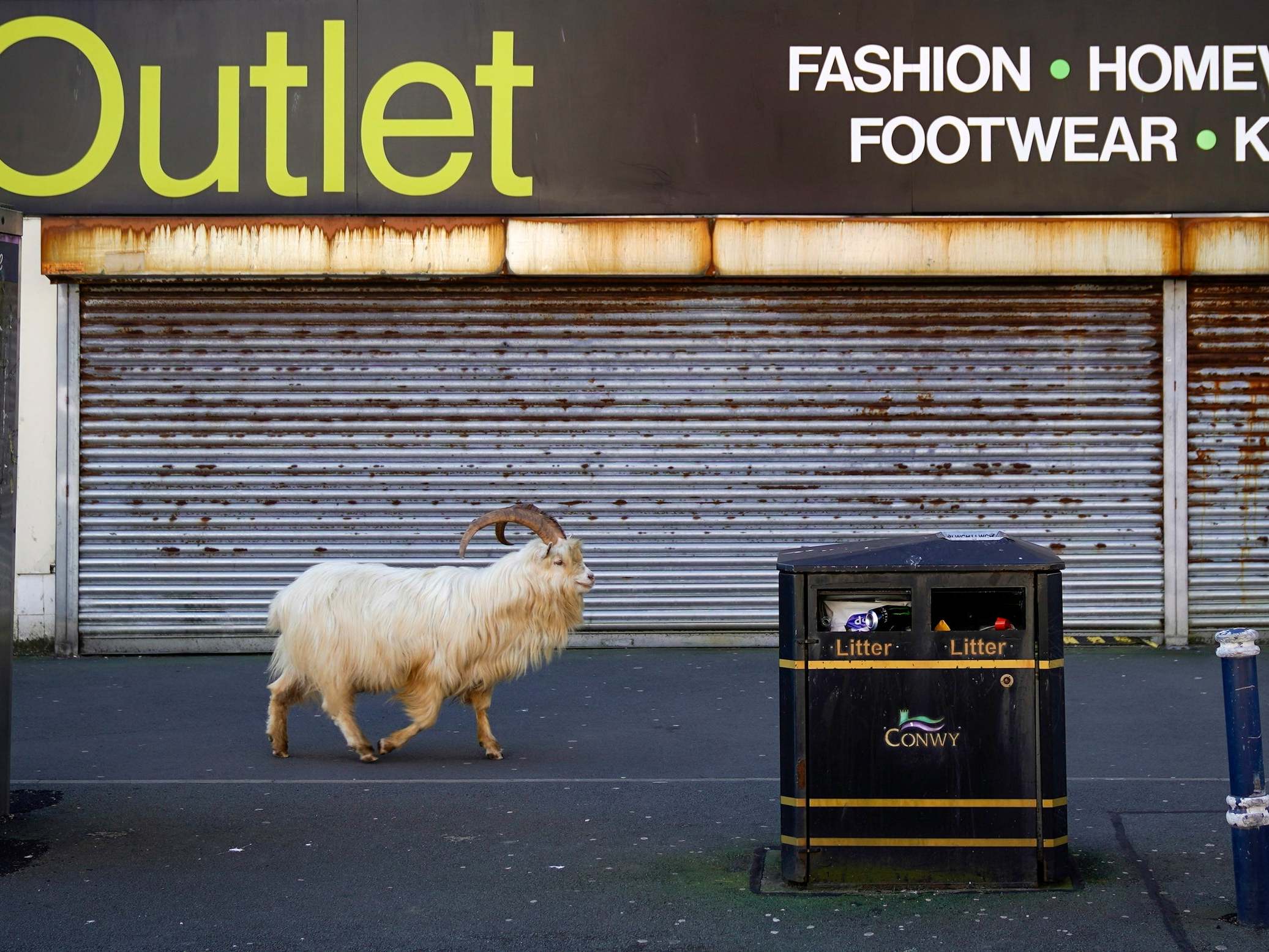 Under cover of night, in their feathered, silken, cream-coloured coats, they trotted into Llandudno.

The herd of Great Orme Kashmiri goats galloped through the Welsh town’s desolate streets looking for food. Some goats got their fill from hedges; others climbed building walls.

“They are very mischievous,” says Andrew Stuart, a Llandudno resident who spotted the goats. “They seem a bit wary of humans; they wouldn’t go past me at one point and were very cautious.”

Luckily for the goats, there weren’t many humans around.

More than 1 billion people worldwide are staying at home under guidance from their governments, socially distancing themselves from one another to avoid the spread of coronavirus, which has claimed more than 179,000 lives globally.

With businesses closed and towns and cities emptied out, people are getting a glimpse of what animals that usually keep their distance do when they are left alone.

The Great Orme goats ventured out further than they normally would, Stuart, 31, says.

The goats live in Great Orme Country Park in Conwy. They were a gift from Queen Victoria, from the royal herd, but their descendants are wild animals that roam and forage in the large park.

“They like to come down when it gets a bit windy,” Stuart says. “When they get down to the bottom of the hills they don’t go much further because there is busy town life. They are known for coming down a bit and causing a bit of mayhem.”

But with the country under lockdown because of the coronavirus, the goats saw an opportunity to get a whiff of their neighbouring town and hopped right to it.

In a video Stuart recorded, the goats can be seen running down the middle of a street. “They were just racing through the town,” says Stuart, who called a non-emergency police line. “They are in town because it is so quiet, because hardly anyone is about.”

There is also hardly anyone outside in San Francisco – except for the coyotes.

Residents in San Francisco have been under orders to practice social distancing, leaving their homes only to buy groceries, go to pharmacies and participate in other essential tasks. The streets have been left to the coyotes, which seem to be venturing further into the city because there are so few cars, according to Deb Campbell, a spokesperson for San Francisco Animal Care and Control.

“We have had a lot more reported sightings of them in the streets,” she says. “They are probably wondering where everyone went.”

Social distancing has not increased wild animals’ populations, but it does seem to have changed their behaviour in seeking new food sources, says Jim Fredericks, chief entomologist at the National Pest Management Association in the USA.

“What we are also seeing is that they are looking for food in places they had not before,” he says. “The part of the equation that is missing right now is people.”

READ  Stash of ancient diamonds is discovered near the Earth's core

Ever since Louisiana imposed a lockdown, the rats in New Orleans are almost certainly wondering where the usual French Quarter crowds – and their rubbish – have gone.

“Animals are opportunistic and feed off trash,” says Claudia Riegel, executive director of the New Orleans Mosquito, Termite and Rodent Control Board. “The restaurants are producing a lot of trash, and right now, a lot of that is just gone.”

This moment of desperation for the rodents can become an opportunity for communities trying to control the pest population because rats are more likely to be lured by traps and baits, Fredericks says.

Riegel and her team are taking advantage of that.

“We are never going to have this chance again, when most of the restaurants and the buildings are temporarily closed,” she says.

New York City is known for its large population of already brazen rats, including the notorious Pizza Rat. There has not been a change in behaviour from pests in the city, according to Katy Hansen, spokesperson for the Animal Care Centres of NYC.

“People are not outside leaving food and trash around, so it’s not attracting them,” she says.

But there is a possibility that with the absence of people, and their rubbish, rats in New York become even more brazen in their search for food, as a gang of macaques did in Lopburi, Thailand, last month. The macaques are usually fed by tourists who visit the ancient city, but with an 85 per cent drop in tourism, the monkeys became more aggressive in their search for food.

Humans can easily forget that the cities and towns they call home and frequently visit are also home to wild animals, like the Great Orme goats.

“There is not much we can do,” Stuart says of getting the goats to go home. “There is no sort of truck that they can put them in to get them back up there.

“They go back of their free will or when they get bored.”