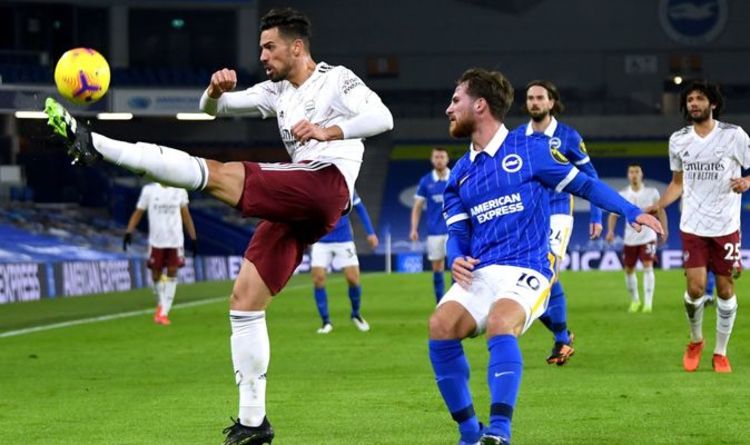 Another agreed, saying: “Some air power will really help us see out games.”

Another fan described as Mari as “really underrated”, while a fellow Gunners supporter predicted Mari would replace Luiz in Arteta’s defence.

“He’s a decent player, who has experienced a lot that our youngsters have not,” the fan wrote. “Seems to be a good role model as well.

“Would allow us to get rid of David Luiz this summer. He can fill his shoes with ease. Don’t think he minds being a back up (more than enough matches to play for him) and it would give us room to rest Gabriel from time to time. I definitely don’t feel exposed when he is playing.”

Arsenal are away to West Brom on Saturday before hosting Newcastle United in the FA Cup third round a week later.