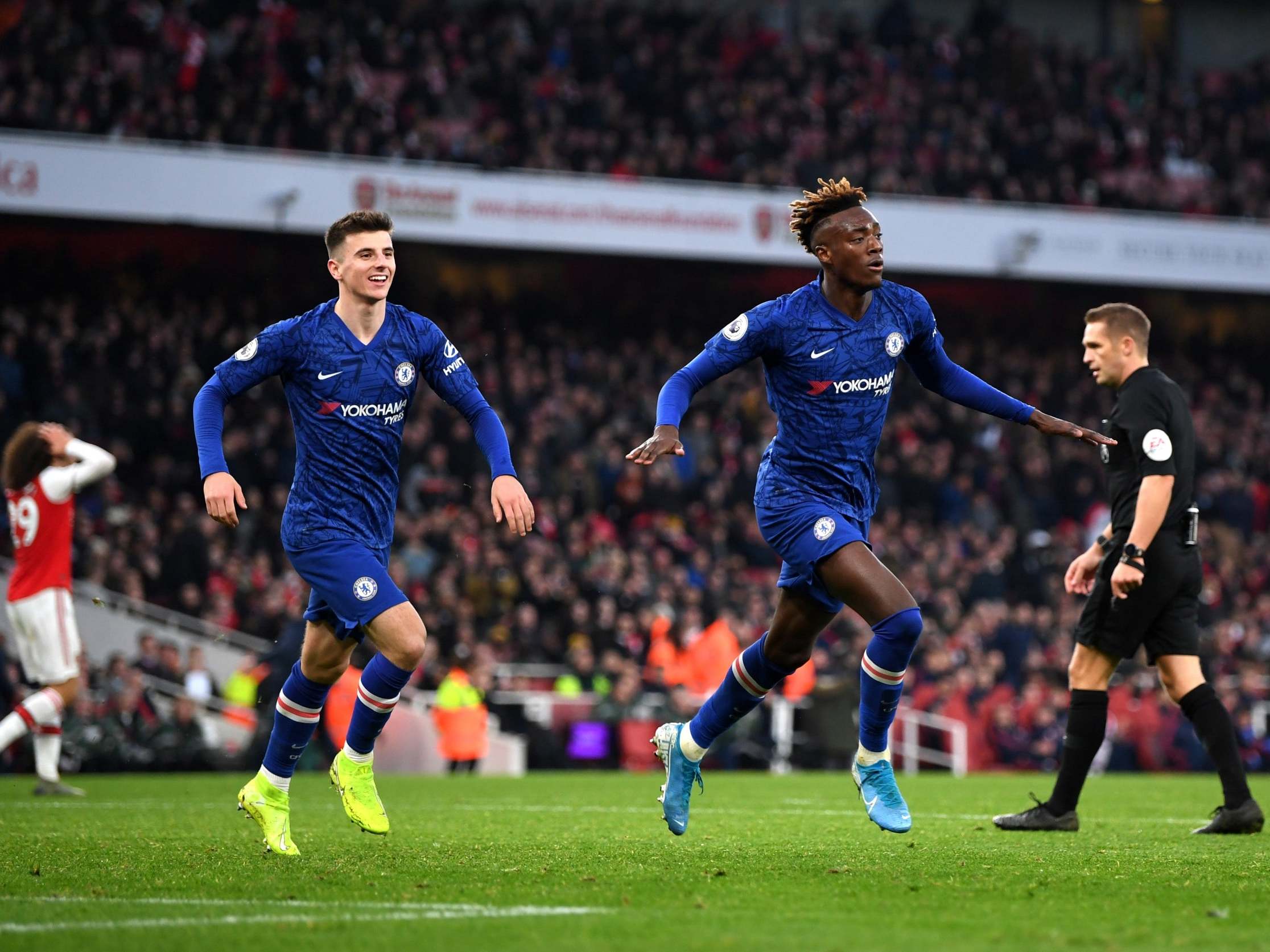 Arsenal lost to Chelsea at the Emirates Stadium today as the Gunners missed a chance to haul themselves back into top-four contention.

Both teams came into the game in patchy form: Chelsea had lost three of their past four league games including a disappointing 2-0 defeat by Southampton at Stamford Bridge on Boxing Day, while Arsenal were without a win in their past three games.

And it was the Blues who came out on top, turning the game around from a goal down to take away three points from their London rivals.


That win gives Chelsea some breathing space in the top four. They’re four points clear of fifth-placed Manchester United, although Wolves could move to within two points of Lampard’s side if they inflict a first defeat of the season on Liverpool later. That’s a very big if, though.

Arsenal remain in 12th, just six points above the relegation zone. And they’ve now lost four home games in a row, which hasn’t happened in 60 years.


That’s it! A remarkable victory for Chelsea, who were outplayed in the first half but responded after the break and won it with two late goals. Leno’s error will be highlighted as the turning point. But the visitors were much better in the second half, and Lampard’s tactical change proved effective.

Arsenal will be dejected after that, particularly given the quality of their performance in the opening 45 minutes. They looked a complete side for much of this game, but clearly Arteta still has plenty of work to do.

Lacazette cuts the ball back from the byline towards Torreira, who sends a left-footed volley wide. Arsenal haven’t created anywhere near as many chances as they did in the first half.

Abraham wins the ball on the halfway line and has space to run into. He makes his way to the edge of the box before drilling a shot just over the bar. Another Chelsea goal looks more likely than an Arsenal equaliser at the moment.

Maitland-Niles is next into the book. Chelsea have the ball in Arsenal’s half and won’t be in any rush to restart play.

There’ll be seven minutes of added time. Can Arsenal lift themselves after the dejection of conceding twice in a few minutes?

Wow! An incredible turnaround from Chelsea. Arsenal come forward in numbers and when the attack fizzles out Chelsea break quickly. Abraham plays the ball out to Willian, who cuts it back to the young striker. His first touch is excellent, giving him the space to sweep his finish past Leno. Arsenal and Arteta will be wondering how on earth this has happened.

A disaster for Leno! The German comes out in an attempt to punch clear a Mount free kick but completely misses the ball. It allows Jorginho to tap into an empty net at the back post. It’s a real sucker punch for Arsenal, who’ve been excellent at the back today. An error has cost them their narrow lead, though. Chelsea are level.

Chelsea are penning Arsenal in. So far, the Gunners have remained resilient at the back. But there’s still time for the visitors.

The game is being played at a frantic pace now. Chelsea are committing more players forward and Arsenal are finding space on the counter attack as a result.

Close! Willock almost makes an immediate impact. Aubameyang again wins the ball back deep in Chelsea’s half, allowing the substitute to shoot from the edge of the box. His curling effort flashes agonisingly wide.

Jorginho, already in the book, blatantly pulls Guendouzi back. Arsenal’s players urge Craig Pawson to show the Italian a second yellow, but he doesn’t, instead booking Lacazette for protesting too aggressively.

Ozil leaves the pitch to rapturous applause from the home fans. He’s been very good today – particularly in the first half – and that will be pleasing for Arteta. Joe Willock replaces the German.

Chelsea are getting closer. Abraham pulls off a clever dummy, allowing Willian to feed Mount. His ball across is hacked behind by Luiz. And from the corner that follows, Abraham sends a header straight at Leno.

This hasn’t been a particularly petulant or feisty derby. But Craig Pawson has been regularly handing out bookings nonetheless. Torreira is next to pick one up for tugging Mount’s shirt.

A welcome lull in the game from an Arsenal perspective. Their first half domination hasn’t carried through into the second. But they’re still defending with far more discipline and structure than they’ve shown for most of the season.

Chance! Lamptey plays a lovely through ball into Abraham, who takes too long to shoot and allows Luiz to block. Then Willian sends a cross towards the back post, which is headed over by Kovacic.

A sustained spell of Chelsea pressure comes to an end when Kovacic tries an audacious bicycle kick from the edge of the box. It sails over the bar. But the visitors are consistently posing a threat now, having done very little to trouble Arsenal in the first half.

Arsenal defender Calum Chambers is available after serving a suspension on Boxing Day.

Gabriel Martinelli and Hector Bellerin are possibilities but Rob Holding and Dani Ceballos are set to miss out once more.

Chelsea have Mateo Kovacic back in contention after serving a suspension on Boxing Day, while Mason Mount and Christian Pulisic could come back into a team which Frank Lampard has complained lacks creativity.

Reece James and Marcos Alonso are both suffering from small knocks and Alonso could return.

Arsenal are still adjusting under Mikel Arteta but there were some positive signs against Bournemouth and the home crowd will push them through here. Arsenal 2-1 Chelsea.

When does the game start?

Arsenal vs Chelsea kicks off at 2pm GMT.

Which TV channel is it on?

The game is being shown in the UK on Sky Sports Main Event.

How do I stream online?

The match can be watched via the Sky Go app.