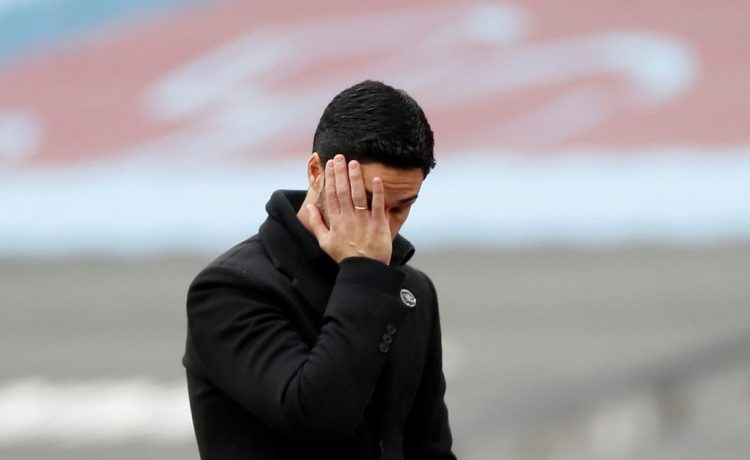 Arsenal are gearing up for a busy summer as Mikel Arteta looks to reshape his Gunners squad for next season.

Arteta’s side are coming off the back of a deeply disappointing season which saw them miss out on European football for the first time in more than 25 years.

The Spaniard has made no bones about how important this summer could be, admitting that change needs to happen.

“The squad needs changing,” he said earlier this month. “Things are going to have to change and the owners are going to back it up.”

That is likely to include a number of outgoings, as well as new arrivals.

With that in mind, here are the latest Arsenal transfer rumours.

Ryan Bertrand is closing in on a move to Leicester City, despite Arsenal expressing their interest in the free agent.

Arteta and technical director Edu were keen to bring the 31-year-old to north London to add extra depth behind Kieran Tierney.

However, after talks with Bertrand’s representatives, the former Southampton man is now in negotiations over a summer move.

It is believed that a new left-back is on Arteta’s wish list in the upcoming window.

The former Tottenham head coach is set to replace Paulo Fonseca and already has his eyes on improving the playing squad.

According to Sky Italy, Arsenal are willing to sell the midfielder should a club reach their €25m valuation.

READ  World Cup 2022 qualifiers cancelled by FIFA due to coronavirus

Should Arsenal keep Granit Xhaka next season? Comment below

The 28-year-old has divided opinion during his five seasons at the Emirates, but speaking recently, he did suggest he was happy to remain with the club.

“There are always rumours at the end of the season, that’s for sure,” Xhaka said earlier this month.

“But I still have a two-year contract in London and I am very happy with my family here.

“First of all, I’m looking at a successful Euro 2020 with the national team.”

The Spaniard has two years remaining on his current deal, but reports have suggested he could be one of the players moved on as part of Arteta’s revamp.

The right-back is a boyhood Betis fan and would be able to be a part of their squad as they return to European competition next summer.