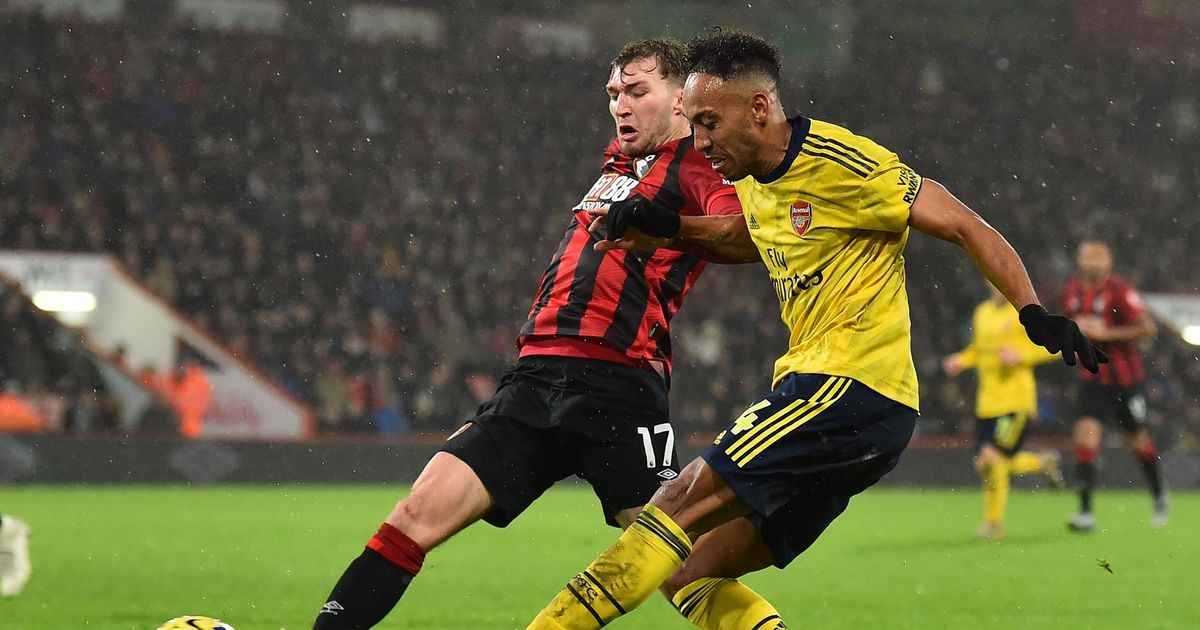 Arsenal have been backed to cash in on star forward Pierre-Emerick Aubameyang, with the forward reluctant to sign a new deal.

But Aubameyang has just 18 months left on his contract at the Emirates, and is believed to be concerned over a lack of Champions League football at Arsenal with the Gunners currently struggling in 11th place in the Premier League.

Real Madrid , Barcelona and Inter Milan have been credited with interest in Aubameyang, while he has also been linked with a lucrative move to the Chinese Super League

And former Liverpool and England defender Jamie Carragher reckons Arsenal will be tempted to sell.

“You look at up front and the age of Aubameyang, he’s got a year to go,” Carragher said on the Sky Sports Christmas Transfer show.

“I wouldn’t be surprised if they cashed in on Aubameyang if somebody offered them big money.

“That’s even though he’s one of the top strikers in the Premier League.

“They do still have Lacazette there also but it’s a big job at Arsenal.”

New Arsenal manager Mikel Arteta is set to hold showdown talks with Aubameyang and Alexandre Lacazette over their futures at the club.

Like Aubameyang, Lacazette has been stalling over a new contracts at Arsenal, with both players appearing increasingly unsettled in north London.

ESPN report that Arteta will sit down with the strike pairing individually and discuss the next steps in their Arsenal careers.

Arteta sees both forwards as integral to the team, but only if they want to be at the club.

Aubameyang is the more pressing concern, with his contract due to expire at the end of next season, while Lacazette is tied to Arsenal until 2022.

Last season, Arsenal lost Aaron Ramsey and Danny Welbeck for nothing after their contracts were allowed to expire.