Arsenal are sweating on the fitness of three players ahead of Saturday’s Premier League clash against Wolves .

The Gunners left Anfield with a trio of fitness concerns after crashing out of the Carabao Cup in the fourth round on Wednesday.

Unai Emery’s men looked to be heading through to the quarter-finals before Divock Origi hit the 10th goal of the game in the 94th minute to force a penalty shoot-out.

Dani Ceballos was denied by Caoimhin Kelleher in the penalty shoot-out as Liverpool progressed, forcing Arsenal to turn their attention back to the league.

Sead Kolasinac, Ainsley Maitland-Niles and Joe Willock all picked up knocks in the cup clash.

Kolasinac was replaced in the 82nd minute for Kieran Tierney, and was later seen limping out of the stadium, according to Football London.

Maitland-Niles and Joe Willock, who both got on the scoresheet, also hobbled through the mixed zone on their way to the team coach for the long journey back south.

Emery admitted after the shoot-out loss that the mood in the dressing room was “a bit flat”.

“We took confidence from the first and second half,” he said. “When they drew level we again took the lead.

“It was a great goal and a nice moment an exciting moment for us and our supporters.

“They were here and the last goal was a bad moment for us because it was in injury time and the penalties are 50/50.

“We lost in that moment but I think we did very good things tonight and also think we can take some players’ confidence which is good for them and we are going to continue.

“Now the most important thing is we had good intentions in this competition but we lost and we now focus on Saturday.”

Coronavirus: 'English football should not restart until players tested'

Tokyo Olympics may not even happen in 2021, says Organising Committee CEO Toshiro Muto 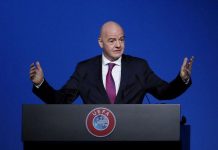 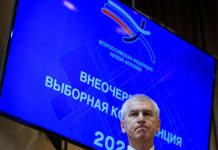