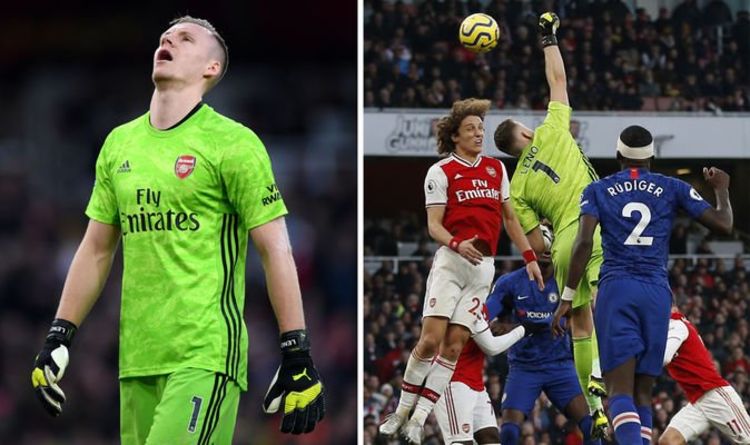 Arsenal goalkeeper Bernd Leno says he must “look forward” after his mistake against Chelsea cost them dearly at the Emirates. The Gunners led for 70 minutes thanks to a Pierre-Emerick Aubameyang diving header.

But with seven minutes to go, Jorginho tapped into an empty net when Leno missed the ball with an attempted punch.

Then in the 87th minute, Tammy Abraham put the ball through Leno’s legs after a swift counter-attack.

With seven mistakes, Leno has now made more errors leading to goals than any other Premier League player since August 2018.

And in a late-night tweet, Leno’s disappointment was clear.

He tweeted: “Very tough day today but I have to look forward.”

After the match, Leno’s manager Mikel Arteta refused to criticise the goalkeeper, who has been one of Arsenal’s best players this season.

He said: “He will be down. When an error costs the team points, it’s harder.

“We have to lift him. He’s done a really good job since he joined this football club and we have to respect that.

“He should have an open hand as I believe if he does, he would have got a touch on it.

“Leno has to keep his concentration. He decides to come and punch it to protect the goal.

“If he opens his hand, he has that slight bit more, an inch which would’ve allowed him to get to the ball.

“He’s panicked at a crucial moment.”

READ  Bury takeover went through without full Football League approval
Share on FacebookShare on TwitterShare on PinterestShare on Reddit
newsgrooveDecember 29, 2019