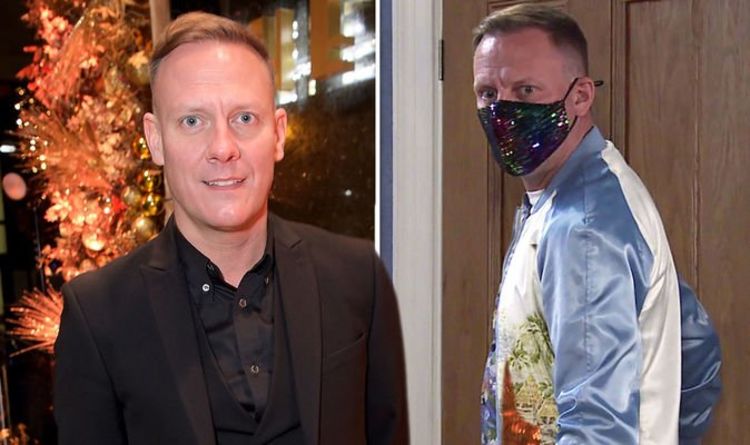 Coronation Street star Antony Cotton, 45, said he has enjoyed wearing masks and keeping a distance from people during the pandemic, due to his OCD. The actor hopes coronavirus restrictions encourages people to be more aware about their spatial awareness, their health and respecting others as measures start to ease.

He said: “I am really conscious about people, I have OCD so I’ve always been conscious of people’s spatial awareness and lack of.

“But, when you’re on the tele and somebody is on a night out and excited and they come running up to you and want a picture, I get it, people lose their social awareness.

“Obviously the pandemic has made everybody aware of space, so I’m not going to lie, I’ve enjoyed that side of it, that’s the only thing to enjoy.

“But, on a day-to-day basis, it’s the cleaning of the hands, the wearing of the face mask and keeping a distance from other people, that I’ve really embraced because that’s what my OCD wants.”

Obsessive compulsive disorder is a mental health condition where you have recurring thoughts and repetitive behaviours.

There are three main elements to OCD; obsessions, compulsions and emotions.

On whether his disorder affected him on set, the actor said he could thankfully control it.

“You turn up, you go to your designated place, you do the thing and that’s it you go home.

“I have a kind [of OCD] that I can control, when mine becomes out of control like in closed spaces, that then becomes a phobia,” he added.

“My OCD is like turning labels on cans of food around, it’s not touching door handles. I’ve always opened doors with my elbows and stuff like that.”

“I can control it, I don’t let it control me, I’m aware that I have it.

On keeping the much loved soap on screens during the difficult time, he added: “Keeping that going has been really impotent to us because television has been so important to people over the last 12 months.

“And especially our audience which bridges all age groups but especially the elderly, a lot of whom have been on their own.

“I know that we have been a real lifeline for those people, so we’ve had to keep to the rules.”

Antony will be supporting Armed Forces Day on Saturday 26th June by taking on the 13 Bridges Challenge to raise money for SSAFA.

To find out more and to sign up, visit www.ssafa.org.uk/13bridges