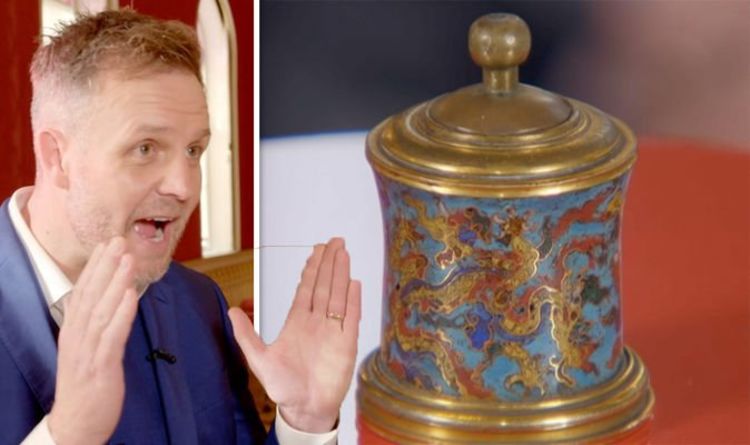 Tonight’s episode of Antiques Roadshow looked back at items which had previously appeared on the show to find out what became of him. One item was a water dropper, which was valued between £10,000 and £15,000. However, when it went to auction, it fetched a lot more.

Host Fiona Bruce explained: “Back in 2017 at our roadshow in Newcastle, Asian arts specialist Lee young was excited by a rather modest item.”

In a clip from 2017, Lee began: “So this is a bit of mystery object you have brought us in to take a look at. Do you know what it is?”

The guest replied: “I haven’t got a clue, thats why I came to see you today.”

Viewers were then shown a clip of the auction taking place and the guest’s shock at how much the water dropper was being sold for.

“Turned out to be the most expensive thing they sold.”

Lee was shocked over the amount the water dropper was sold for as the guest revealed they’d put the money towards a holiday.

Viewers were quick to comment on the item, with one writing: “£50K in a Newcastle auction house & turns out to be the most expensive they ever sold?

“Why not put it in a specialist auction by Christie’s or Sotheby’s in London who’ve a global reach. #antiquesroadshow.”

READ  That Baby Yoda merch you wanted? It's finally available from Disney — and disappointing

Another added: “Blimey, she paid a tenner for that and sold it for 50k #antiquesroadshow.”

“Wow £50,000 for the water dropper #AntiquesRoadshow,” a third shared.