SAS Who Dares Wins UK star Ant Middleton, 40, confirmed he will no longer be the show’s frontman after five years. In view of his 317,000 followers, he said he is “excited about the future”. He wrote: “After 5 incredible years I’ve decided it’s time to move on from SAS Who Dares Wins UK.

“Big respect to my fellow DS – it’s been a journey I’ll never forget.

“Thanks to everyone that took part and made the show what it is.

“Really excited about the future and what’s coming this year.”

A Channel 4 spokeswoman told Express.co.uk: “Ant Middleton will not be taking part in future series of SAS: Who Dares Wins.

“Following a number of discussions Channel 4 and Minnow Films have had with him in relation to his personal conduct it has become clear that our views and values are not aligned and we will not be working with him again.”

Tipping Point host Ben Shepherd wrote: “Have loved every minute @antmiddleton we’ll miss watching you on the show but will look forward to what’s coming next!”

Another commented: “Gutted you’re leaving Ant, you’ve been an inspiration, whatever you choose to do next good luck!”

A third penned: “Thanks for the memories and enjoyment Ant it certainly won’t be the same without you!!”

Ant came under fire last year over a tweet he posted about the Black Lives Matter movement.

He wrote at the time: “The extreme left against the extreme right. When did two wrongs make a right. It was only a matter of time.

“BLM and EDL are not welcome on our streets, absolute scum. What a great example you are to your future generation. Bravo.”

His tweet was a response to a video which claimed to be of “BLM/Antifa agitator hunting lone veterans and football lads in packs”.

The former British soldier released a video apologising for his tweet less than 24 hours after posting.

He said: “I’d just like to clarify a tweet I’d put out at the weekend and deleted straight away once I’d re-read it and realised that it could cause offence.

“I put out a tweet or retweeted a video of the violence, the terror and chaos that was happening on the streets of London.

“Within that tweet I mentioned the BLM and EDL and the word ‘scum’.

“At no point was I calling the BLM scum and comparing the two organisations. I want to make that really, really clear.

“The word scum was used to describe the people in the video that were violent, that were causing terror on the streets of London and setting a bad example for our future generations.”

At the time, Channel 4 said Ant’s then comments “in no way represent the views of Channel 4”.

Following this, Ant was removed from ITV’s Soccer Aid in August. 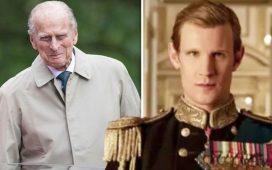