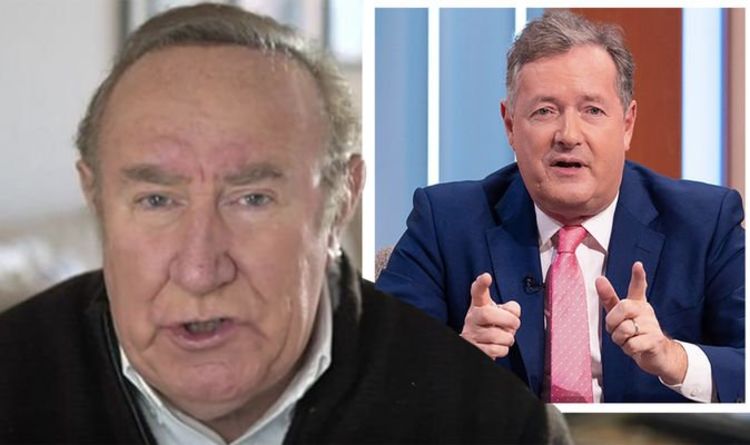 Andrew Neil, 72, admitted that he and Piers Morgan, 56, have been in touch throughout the process of setting up the latest news broadcaster on the streets, GB News. Despite having his reservations as to whether the former Good Morning Britain host will take another breakfast show job right now, Neil remains adamant GB would be his first choice.

In a new interview, the Scottish journalist revealed he had chatted with Piers about the option of presenter while recruiting some of the biggest names around for his news channel, which will air on Freeview, Freesat, Sky, YouView and Virgin Media.

The channel will not provide rolling news, but instead is expected to be a mix of news, opinion, and debate.

And as breakfast TV is arguably the most fought-over ratings battleground, Piers would fit right in.

“Yes, we have had conversations, but not about breakfast,” Neil said of their chats.

“He turned GMB into a ratings hit, it seems everything he touches turns to gold.

“People love his honesty, even the people that don’t like him, they can’t help but be interested in what he says.”

The insider added: “Some of the offers have hit the £10million mark, and it seems he may be able to land exactly what he wants.”

Piers also posted an article on the rumoured bidding war on his Twitter on Sunday evening and cheekily responding: “Only 10?”

He also address the rumours after journalist Alex Webb messaged the former GMB presenter with the suggestion.

He wrote: “Maybe [Piers Morgan] would help GB News reach a massive audience, but his £2m paycheque would take a huge chunk out of the station’s tightly managed budget.”

Piers was quick to reply, with some heavy sarcasm.

He penned: “It would take a much bigger chunk than that… (said ‘sources close to Morgan’).”