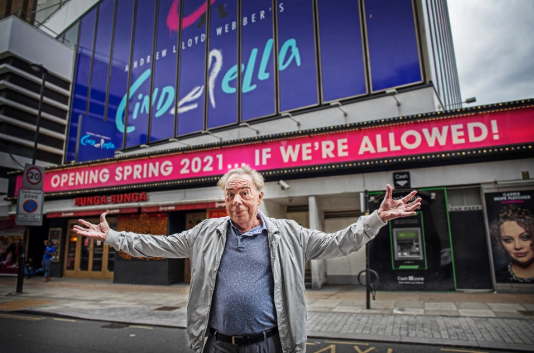 ANDREW Lloyd-Webber has ramped up his attacks on the Government’s lockdown by mounting a furious legal fightback.

The theatre impresario fumed that restrictions were “strangling” the entertainment business as he announced he was going to court.

Lord Lloyd-Webber climbed down from threats to pack the stalls at his Cinderella musical after Boris Johnson extended lockdown for four weeks.

The four-week delay wrecked the performance’s word premiere by forcing the audience to social distance.

Faced with a potentially embarrassing stand-off after the composer said he would be ploughing ahead regardless – and was willing to be arrested – ministers offered him the chance to partake in a pilot scheme.

But the olive branch was snubbed – and today Lord Lloyd-Webber took a devastating hit at the Government.

He announced he was joining action from entertainment industry bosses to force the Government to hand over the results of its coronavirus Events Research Programme.

The research ran test events at mass events such as sporting, music and other venues.

Lord Lloyd-Webber said: “Last week I rejected the Government’s invitation for Cinderella to be singled out as a last-minute part of the Events Research Programme.

“Today, with a range of voices from across the theatre and live entertainment industries, we are forced to take it further. We simply must now see the data that is being used to strangle our industry so unfairly.

“The Government’s actions are forcing theatre and music companies off a cliff as the summer wears on, whilst cherry-picking high-profile sporting events to go ahead. The situation is beyond urgent.”

Cinderella was originally due to open in August 2020 but was diverted because of the pandemic.

The show, with an ensemble of 34 actors, could not afford to run the show at just 50 per cent capacity which rules require.

Various legal challenges from the entertainment industry have been launched against the Government’s lockdown restrictions – but all are believed to have flopped in court.

GREASE IN OUR TIME

School sports days CAN go ahead this month with Covid rules in place, No 10 says

West End and Broadway producer Sonia Friedman said: “The Government continues to display a wilful lack of understanding of the extraordinary value of the theatre industry and the way in which we operate.

“We can only fully reopen once. We need absolute clarity on when and how we can fully reopen – to bring a show back to full production takes months in planning to rehearse and to build a box office advance.

Theatre boss Cameron Mackintosh said: “Having been forced to close our theatres twice last year, the second time after the Government encouraged reopening for Christmas, losing further millions as a result, a joint insurance scheme to protect us against another enforced closure is vital.

“Having contributed huge amounts of money to the exchequer over the last few decades, the theatre desperately needs to be supported in its hour of need or the Government will be responsible for the disintegration of one of this country’s most priceless and irreplaceable assets after centuries of being the envy of the world.” 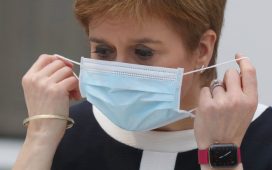