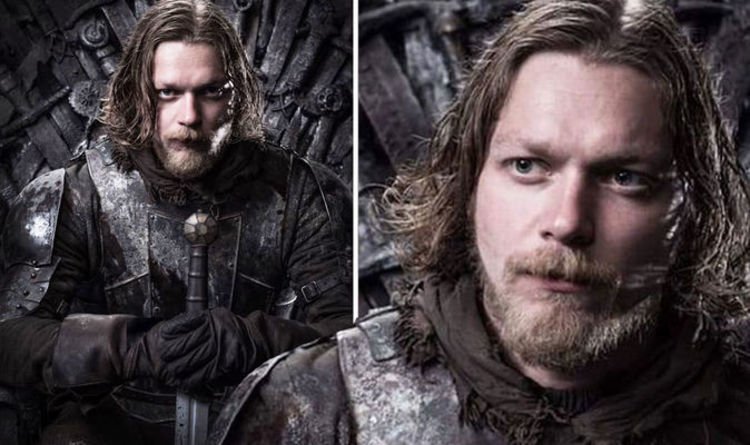 Game of Thrones extra Andrew Dunbar is said to have died suddenly at his home in Belfast on Christmas Eve. According to Belfast Live, his friend and fellow actor Andy McClay, said in a lengthy statement: “Everyone always wanted Andrew.

“There was just something about him that was special.

“People always felt good around him, happy, excited for the day’s work and there was always a lot of fun when he was around.

“When I heard he’d died suddenly on Christmas Eve, it just broke me.

“I’ll never make any sense of it. He was a true person, a talent, kind and decent man and he had a full and good heart.

Katrina Doran, a make-up artist on the show said: “I first met Andrew when we were filming the epic Battle of the B*****s at Saintfield for season 6 – he was a Northern Ally on John Snow’s side of the battle.

“Always with a big smile and was super professional and polite.

“He was an extra on nearly every job I’ve worked on – season 6, 7 and 8 on GOT, The Frankenstein Chronicles 2 and on Krypton series 2 so over the years the makeup team got to know him really well.

“He was one my favourite extras to get in the chair as we had some serious philosophical debates as well as just daft conversations that ended in fits of laughter. He was a real gem.

“To say we will all miss him is an understatement.”

Following the news, many Game of Thrones fans also flocked to Twitter to pay a tribute.

One user Twitter user wrote: “Saddened to hear that our #ExtraFamily and #GoT Family lost one of our shining lights on Christmas Eve.

“So many deserving, heartfelt tributes have been paid to him. Thoughts are with his loved ones at this difficult time. RIP.”

Actor Jesse Morris also commented: “RIP to a great guy I had the immense pleasure of working with on Game of Thrones. A true gent who will be missed.”