An investigation into whether 22-month-old Stormi Webster really wanted a £13,000 luxury bag for Christmas

When most people are asked what they think they’re getting for Christmas, they’d answer with the usual ‘socks’, ‘chocolate’ or even ‘perfume’.

Things with the Kardashian-Jenner’s are obviously a little different.

Recently, the internet lost their collective minds when 22-month-old Stormi Webster (who Kylie Jenner shares with Travis Scott) answered: ‘Birkin’ to mum Kylie telling her there’s a surprise waiting for her.

The reality star recorded a cute video of Stormi’s reaction to Kris Jenner gifting her a massive, custom playhouse as a Christmas present and it’s not what the tot expected.

She obviously – or so we thought – wanted some luxury goods because we all yearn for Birkin bags at the young age of one.

However, now that we’ve got to thinking, did Stormi actually ask for a Birkin bag?

One Twitter user posted what we were all thinking: ‘can’t stop thinking about Kylie Jenner telling her TWO YEAR OLD that she had a surprise for her and then that small child responding with “Birkin?”

‘Literally haunted by it. Almost got in a car accident while thinking about it this morning. Birkin….’

‘Her daughter is obsessed with the movie trolls, burkens are the villains in the movie,’ they explained. ‘Kim has talked about how she says it cus of the movie a lot. She got her a doll from a movie not a 40k bag.’

Huh, that would make more sense considering little Stormi is obsessed with the movie Trolls.

According to the Trolls Fandom page, Bergens are a race of creatures that eat the Trolls.

They are giants, are ogre-like and are usually covered in moles and have broken teeth.

Since they’re the villains of the cartoon, we’re wondering why Stormi would expect them for Christmas?

We’re convinced as Stormi even got a visit from a troll.

One person pointed out: ‘No kid is gonna ask for a berken from trolls lmao they’re the bad guys !!!’

‘This is a relief,’ another wrote. ‘Also, haven’t those bags gone out of style? weren’t they a fad like 20 years ago?’

And there we have it folks, Stormi was asking for a cartoon character, not a luxury handbag because she’s barely two and probably won’t care about high-end goods.

Thanks for coming to our Ted Talk.

MORE: Kylie Jenner and Stormi are twinning for Christmas in matching designer gowns and no, we’re not jealous of a 1-year-old

MORE: Kylie Jenner surrounds herself with girl gang as she spends first Christmas without Jordyn Woods 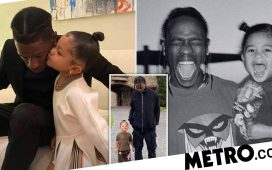 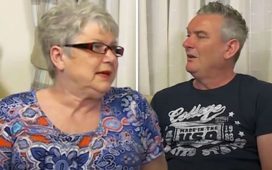 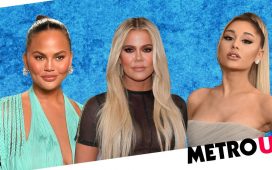 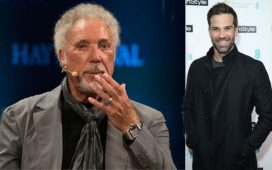 Joe Rogan addresses backlash over anti-vaccine comments: ‘I am not a doctor. I am a f**king moron’ 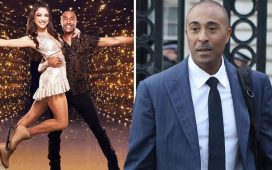