The 54-year-old became emotional as she revealed the news alongside co-host David Campbell, saying that she was ‘going to do something new’ and ‘spread her wings.’

It comes after it was revealed to Daily Mail Australia last week that Sonia was leaving Nine for the Seven Network, after being offered ‘more than $1million a year.’ 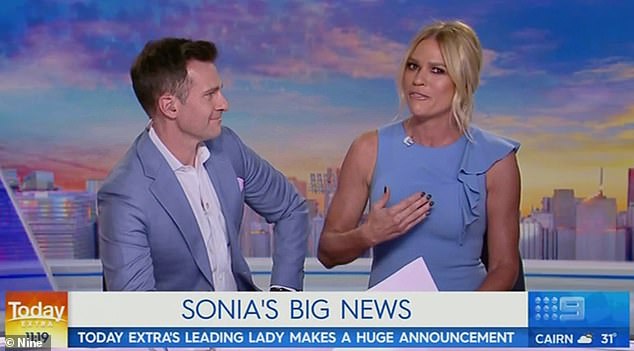 Moving on: An emotional Sonia Kruger QUIT the Nine Network live on Today Extra on Thursday… after being offered ‘more than $1million a year’ by Seven (pictured on the show on Thursday with co-host David Campbell)

Sonia failed to mention where she was going during the announcement on Thursday, but spoke fondly of her time at Channel Nine.

‘After eight fabulous years, I’m leaving the show and the Nine Network, I have had an amazing time here,’ Sonia began, as co-host David looked on and told her not to cry.

‘I’ve been very privileged to work on some top-shelf programs and of course with you, David, here.’ 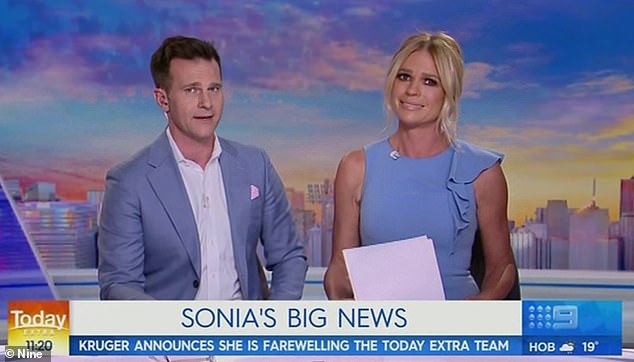 ‘I have had an amazing time here’: Sonia failed to mention where she was going during the announcement on Thursday, but spoke fondly of her time at Channel Nine

She added that she wanted to ‘spread her wings.’

‘And all of the team on the show, it’s been an absolute blast and its time for me to go and do something new. You know what it’s like Dave, you have to go and spread your wings.’

Sonia confirmed that Friday would be her last day on the show and said that the Today Extra team are putting on ‘something special’ on the day to mark the occasion.

David said that he will more than likely cry as they bid farewell to Sonia on Friday, and told her: ‘I’m not okay, I’ve just found out this news.’

He also tweeted: ‘This is happening and I am happy for Sonia but also this…,’ he wrote, adding a picture of Steve Carell from The Office saying ‘no’. 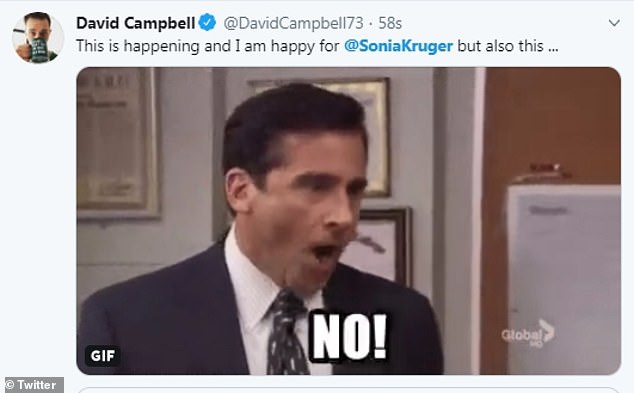 In shock: ‘This is happening and I am happy for Sonia but also this…,’ David tweeted on Thursday after the announcement was made

Just last week, an insider told Daily Mail Australia that Sonia was leaving Channel Nine for the Seven Network after being offered a ‘seven figure deal.’

Seven chairman Kerry Stokes is believed to be a ‘huge fan’ of Sonia’s work, but insiders are keeping her exact new role at the network under wraps. 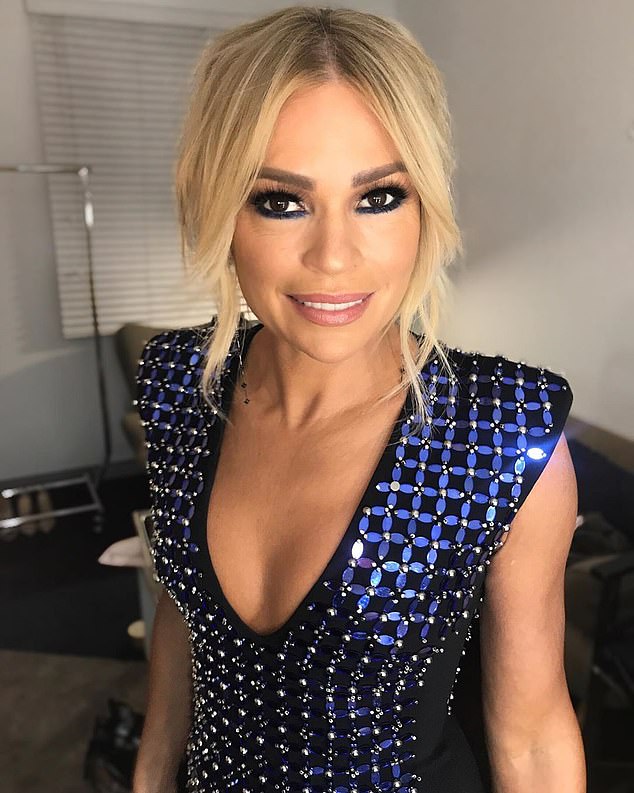 Her new salary at Seven is said to be a package worth as much as $4 million over three years, or $1.3 million per year.

Sonia signed on with Nine in late 2011. Nine had reportedly offered Sonia a new three-year contract worth over $1.5million, but negotiations hit a wall.

A friend of Sonia’s said: ‘Sonia has been a much loved member of the Nine team for so many years and everyone has been very gracious and wished her well.

‘Unfortunately, Nine just couldn’t justify paying her what Seven is prepared to pay.

‘Nine made it very clear that the amount of money she wanted would have been fiscally irresponsible for their business.’

Production was scheduled to begin in April, but the start date was supposedly pushed back ‘due to Kruger’s contract with [Nine],’ which would mean the show could air after the Tokyo Olympic Games.

Sonia, who previously hosted Big Brother from 2012 to 2014 on Nine, is also set to front another Seven program, Mega Mini Golf, according to TV Blackbox.

There has been a major reshuffle of breakfast TV stars at Nine in recent weeks, with Georgie Gardner and Deborah Knight being axed from the Today show this month.

In 2020, Karl and Allison Langdon will front the struggling breakfast show. Karl had previously been sacked as host in December 2018 after network executives blamed Today’s poor ratings on his tumultuous personal life.

In 2020, Karl Stefanovic and Allison Langdon will front the Today show after Georgie Gardner and Deborah Knight were axed.

It is believed Georgie will be returning to Nine News, with a source telling Daily Mail Australia: ‘Georgie is an excellent newsreader and reporter and will be a much better fit in the Nine newsroom.’

Deborah, who also presents Nine’s 6pm news bulletin on Fridays and Saturdays, could step in as Today’s newsreader, replacing Tom Steinfort. She is also an experienced radio broadcaster and could get her own show on Macquarie Media’s 2GB next year.

Today sports presenter Tony Jones announced his resignation on Friday, insisting that he left the show by choice and wasn’t sacked. He told The Herald Sun he had been struggling with an ‘unsustainable’ workload since joining the breakfast show in January.

Nine has refused to confirm whether or not Today’s entertainment reporter Brooke Boney will return next year. Brooke, a former Triple J newsreader, joined Today in January as part of the new lineup.

According to TV Blackbox editor Rob McKnight, Today’s current newsreader Tom Steinfort may be facing the axe. However, he would be ‘well-suited’ to Weekend Today.

Today reporter and occasional weather presenter Lara Vella may be moved to a weekend position also. McKnight believes Lara ‘makes perfect sense’ as a replacement for Allison on Weekend Today.

The Brazilian Soccer Player Who Overcame Messi, then Became an Esports Pro