'An ashram for the hummingbird': the Trinidad haven for world's tiniest bird


At the foot of Theo and Gloria Ferguson’s property stands a giant silk cotton tree. Reminiscent of those enchanted species in children’s fables, this ancient sentinel’s huge varicose limbs yawn upwards and outwards, towards a canopy of leaves that scratch the sky. Eight adults linking arms would struggle to encircle its vast girth, proof of the aeons it has stood guarding the edge of Trinidad’s Maracas valley.

It could be that this tree was a mere sapling when the indigenous people who first lived here named this land Iere, or “Land of the Hummingbird”. So bewitched were they by these bejewelled creatures that they created a myth to protect the birds, which they believed represented the souls of their dead. According to the legend, the La Brea Pitch Lake – a sprawling bitumen wonder in the south-west of Trinidad, now a Unesco world heritage site – was once the home of the Chima Indians. However, the tribe induced the wrath of the gods by dining on hummingbirds at a celebratory feast. In their fury, the gods opened up the earth and summoned the sulphurous lake of pitch to consume the village and its people.

The Amerindians and their myths could not protect the hummingbird for ever. The birds’ population and that of its human defenders was nearly decimated when the first European settlers arrived on the islands 500 years ago. The hummingbird’s striking plumage, exemplified by names such as ruby-throated, emerald-chinned and blue-chinned sapphire, was highly prized in the courts of 19th-century Europe, where its feathers were worn as jewellery. The trade in thousands of birds was only halted with the introduction of the 1918 Migratory Bird Treaty Act. It took decades for the island’s hummingbird population to recover – with some species disappearing altogether.

Today, the twin islands of Trinidad and Tobago have 19 species of this tiny creature, each the size of an adult thumb. Hummingbirds are found exclusively in the Americas and this vast continent has approximately 345 species, mostly located in the northern Andes.

The Fergusons’ lush garden, in the shadow of the silk cotton tree, teems with hundreds of hummingbirds daily. Fifteen species have been spotted in the garden, including a new discovery in October 2019, the glittering-throated emerald. Entering the space, a tropical oasis of vivid, trumpet-shaped blooms, the air beats with the frenzied wings of these tiny creatures, which flit, zoom and shimmer among the scarlet feeders like miniature rainbow-coloured strobes.

When you view them through a long lens, you see behaviours that are unimaginable, the uniqueness of each bird

So blessed are the Fergusons with these diminutive visitors that they named their home of 34 years Yerette, Amerindian for “home of the hummingbird”.

When Theo Ferguson was a young boy growing up in Grenada the beauty of these “fairies of the natural world” eluded him; like other boys his age, he occasionally pelted them with stones when bored.

It was only later in life, following a long and distinguished career as a scientist and lecturer in agriculture at the University of West Indies’ St Augustine campus that he began to really see the birds.

“I entered a deep introspective phase of my life. I went to South Africa in 1999 when [Nelson] Mandela was president in the hope of bringing my technical expertise to that country, but I got a rude awakening when I got there. Although they had a black government, a black president, they weren’t ready for black expertise, because people like me were seen as not being able to contribute much,” he says.

Ferguson returned to Trinidad and “went on a search for a better understanding of myself in relation to the natural world that I live in. The bush is a wonderful place to spend that quiet time and I got very close to nature at that point, taking up bird photography. I discovered a whole new world of beauty that I had been blind to.”

We thought we would attract a few birds, but they came in large numbers; in their hundreds, sometimes thousands

Trinidad and Tobago is rich in birdlife: the scarlet ibis, the white egret and the flamingo are just a few of the stunning birds that inhabit the islands, but it was the aerial stunts of the hummingbird when viewed through the lens of a camera that entranced Ferguson.

“You cannot see these behaviours with the naked eye and when you view the bird through the long lens, you see behaviours that are unimaginable, you see its agility in the air. You see the uniqueness of each bird. Each bird has its own personality,” he says.

“My admiration for the indigenous people of these islands grew because they were able to see the magic of these creatures that I didn’t see for most of my life. They saw the birds as linking the spiritual with the earthly world, and they awarded them special status. When a bird does something amazing that brings out the ‘wow’ in you, I call it the chi moment. It only lasts a fraction of a second but if you can capture that moment and freeze it for perpetuity, it is something so special.”

Hummingbirds are true biological wonders: they are the only birds that can hover in mid-air and fly in multiple directions – including backwards and upside down. The speed at which they beat their wings, anything from 25 to 200 times a second, allows them to create vortices that enable spectacular movements such as aerial suspension and plummeting dives. A true miracle in miniature, the birds have a resting heart rate of 200 beats a minute and hold the world record for the fastest metabolic rate of any vertebrate on the planet, guzzling nectar for fuel every 10 to 50 minutes. The average lifespan of the bird is five to seven years, but they can live up to 15 years.

For Ferguson, the fascination with hummingbirds became a passion. He and his wife Gloria spent time creating a unique environment that would lure them into their garden. “We introduced flowers such as the hibiscus, the verbena, the sanchezia, the powder puff [calliandra], the caliente, the honeysuckle – there are a wide range of flowers that the hummingbirds feed on, some more popular than others,” he says. “Ten per cent of the birds’ diet is insects, so the garden is important in helping to generate the ecosystem that can produce food for the hummingbird. We discovered hummingbirds eat mosquitoes and can suppress that population.”

Taking advice from Trinidad’s Asa Wright Nature Centre, Ferguson created a nectar food drink for the hummingbirds from white granulated sugar mixed with water (brown sugar is poisonous to the birds because of its high iron content) and distributed it in feeders throughout the garden.

What happened next was astounding. “We thought we would attract a few birds, but they came in large numbers; in their hundreds, sometimes thousands. The garden used to have a few hummingbirds nesting. But hummingbirds love to nest where it is quiet, where they can raise their young without being molested. So we no longer see nests in the garden but they bring their young to feed.”

Trinidad has a deep emotional connection with the hummingbird. It’s entwined in our history

Ferguson became an expert on the birds. “I now get the odd vet calling me. The bird is so tiny, not many veterinary surgeons can treat it. It’s so small you can’t even attempt to put a splint on the wing. We’ve managed to nurse back to health those with a strained wing or so, gently using a pipette to feed them … but some are so badly damaged there is nothing you can do for them.”

The birds came in such numbers that Ferguson, now in his 70s and lecturing on leadership development, saw an opportunity to combine two of his life’s passions: nature and educating others to build a better world. After persuading Gloria to open up the garden to visitors – “she thought I was crazy at first” – he educates visitors to Yerette about the world’s smallest bird and how fundamental it is to Trinis’ national character.

“Trinidad has a deep emotional connection with the hummingbird. It’s entwined in our history,” he says. “There are documents going back to the 1800s describing Trinidad and Tobago as the Land of the Hummingbird. It’s our longest and most used national symbol – the bird features on the national flag, on airlines, on stamps. One of our most famous carnival costumes – From the Land of the Hummingbird, designed by Peter Minshall in 1974 for his sister Sherry-Ann Guy – is etched into the nation’s memory, a pivotal moment in carnival history.”

A few part-time staff help the couple but the enterprise is a small one, by strict appointment only. After nearly a decade of being open, Theo says the project has brought him and his wife great joy.

The garden closed on 16 March when the islands went into lockdown because of the Covid-19 pandemic and the couple missed the visitors. But it reopened at the end of June and guests are once again enjoying the garden.

“When people come to Yerette, all their senses are engaged. The hummingbirds are such lovable little creatures, they force people to fully engage with nature. Visitors call it a sacred place, a sanctuary, a church, an ashram for the hummingbird; they have a deep reverence for these creatures.

“I truly believe that if one person turns up at Yerette and sees the magic we have created in our backyard and spreads that message, we can begin to change the world around us and how people think about nature one person at a time.”

READ  Federal minister gives green light for koala habitat to be bulldozed for Port Stephens quarry
Share on FacebookShare on TwitterShare on PinterestShare on Reddit
newsgrooveJuly 4, 2020 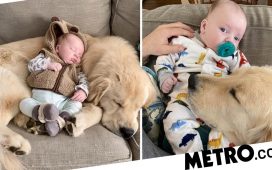 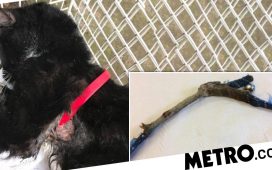