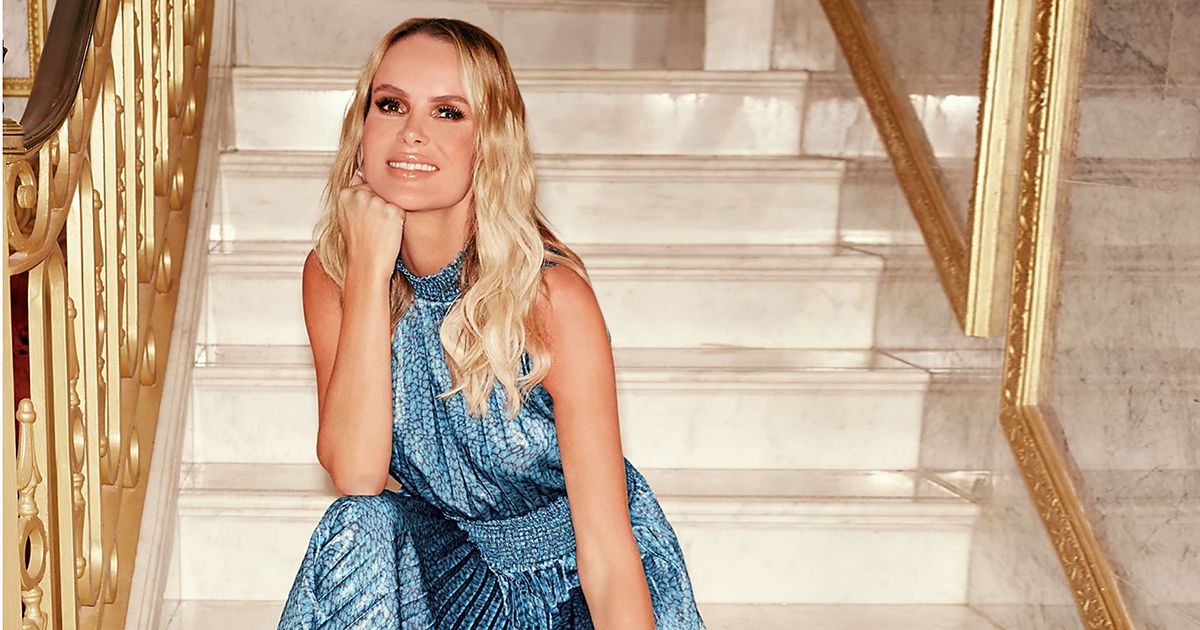 Amanda Holden says Britain’s Got Talent was “liberating” for her career and changed people’s perceptions after her affair with Neil Morrissey and marriage split.

Actress and TV star Amanda, 48, joined BGT in 2007 but previously hit the headlines for a split from first husband Les Dennis in 2002 following an affair with Morrissey in 2000.

She went on to marry music executive Chris Hughes in 2008.

Assessing her career, Amanda said: “Starting out on Britain’s Got Talent was liberating for me. I mean, without dragging up my past, I think, at the time I was with Chris, my husband, we’d been together for something like five years but people were still going on about Les Dennis and Neil Morrissey, and all the other stuff.

“So what was really nice was that anyone that might’ve had a preconceived idea of me, could see who I really was and then really make their mind up.

“So, if they didn’t like me after, that’s totally fine as well, but I think I was able to make a wider audience understand that I probably wasn’t as bad as I’d been portrayed, or as naughty as I’d been portrayed. I am naughty, I stand by that, but in a good way! I think it’s important that everyone has a sense of humour in these difficult times.”

Looking back, she admits it was a lucky break for her to be given the role on BGT.

She added: “It’s very surreal because I was lucky. Simon picked me because I was in a very well known drama at the time that was doing well. So I was lucky that I was in Wild At Heart, and he knew me. My career as an actress has essentially been put on hold, because BGT has been the biggest thing in my life. I’ve gone down a road where I’ve been absolutely able to use my personality.

“Britain’s Got Talent is seen by many to be a celebration of our weird and wonderful country.

The new series BGT: The Champions will also do this, but also showcasing other acts from around the world, at a time when many people need cheering up, with the political landscape so bleak.

And on Britain she says: “We’re about not taking ourselves too seriously, laughing if we fall over and getting back up. I strongly believe we are a warm, very tolerant country, we’re fun and we are stoic and strong.

“I think all of those elements are showcased in Britain’s Got Talent, so doing a champions series is brilliant as it’s a way of uniting the entire world because we have people from all over the globe coming to compete and we’re welcoming them onto our stage in the heart of the capital.”

Names competing tonight include former winner Paul Potts and singr Connie Talbot, who was a gap-toothed child when she auditioned in 2007.

One of Cowell’s “favourite acts ever”, Storm Boogie, also feature in the line-up of British acts in the spin-off’s first episode.

But it is not just stars from the British TV show joining the spin-off, as a daredevil father and daughter duo draw gasps from the judges and the audience on the wheel of death.

READ  Gavin and Stacey Christmas special: A feel-good return to form for Corden and Jones

He said: “There’s no sign of it slowing down. It could easily be on for another 13 years and I think it might be.”

* Britain’s Got Talent: The Champions starts on ITV tonight at 8pm.