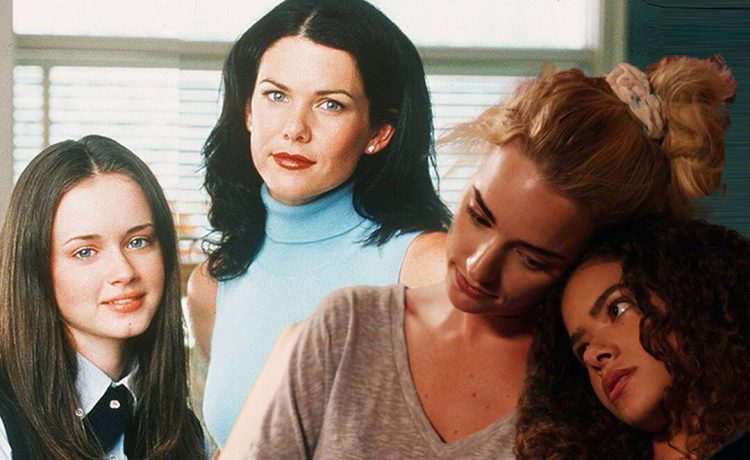 “We’re like the Gilmore Girls, but with bigger boobs.”

It’s safe to say that Netflix’s new comedy-drama Ginny & Georgia is giving us major Gilmore Girls vibes. In fact, as you can see from the quote above, Georgia (Brianne Howey) makes reference to the beloved ’00s series in the very first episode.

While Ginny & Georgia is in no way a carbon copy of Amy Sherman-Palladino‘s mother-daughter comedy, we found ourselves noticing several parallels between the two shows. Like Gilmore Girls, which follows single mom Lorelai (Lauren Graham) and daughter Rory (Alexis Bledel) as they navigate life in a small Connecticut town, Ginny & Georgia features the titular characters attempting to have a normal life as they settle down in a picturesque New England town.

There’s also local café owner Joe (Raymond Ablack), who is reminiscent of Gilmore Girls‘ diner owner Luke (Scott Patterson). But instead of Luke pouring Lorelai her third cup of coffee, it’s Joe handing Georgia a nice glass (or two) of wine. And like Lorelai, Georgia is no stranger to a love triangle—or square.