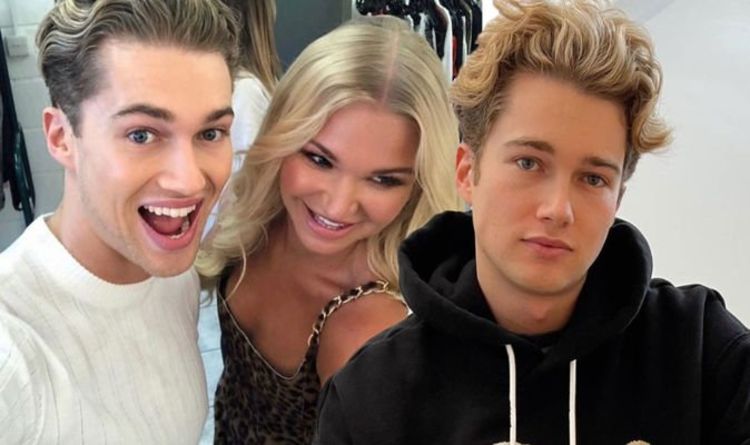 The blonde model was rushed to hospital in January by AJ and his younger brother Curtis Pritchard after a YouTube video went wrong.

She suffered third-degree burns after a blazing wine bottle exploded in her face, setting her hair and clothing alight.

A source said: “Abbie was shocked and in a great deal of pain but AJ sprang into action to put out the fire with a wet tea towel. He was terrified himself but he did all he could to stop her from burning.”

Doctors fought to save her face and arms from severe scarring. Abbie has since made 20 hospital visits, needing three skin grafts.

On Instagram, she typed: “I am sad I have been absent in the last few weeks and haven’t posted much with AJ. We so desperately wanted to be able to share daily vlogs with you all but unfortunately, I have had an accident.

“Whilst we were attempting to create a glass bottle into a vase following a YouTube tutorial, it went terribly wrong and it resulted in me incurring injuries and burns requiring continuous hospital treatment over the past seven weeks.I really need you all to be careful with what you’re doing and if you’re copying any YouTube videos. I will be OK, I love you all.”