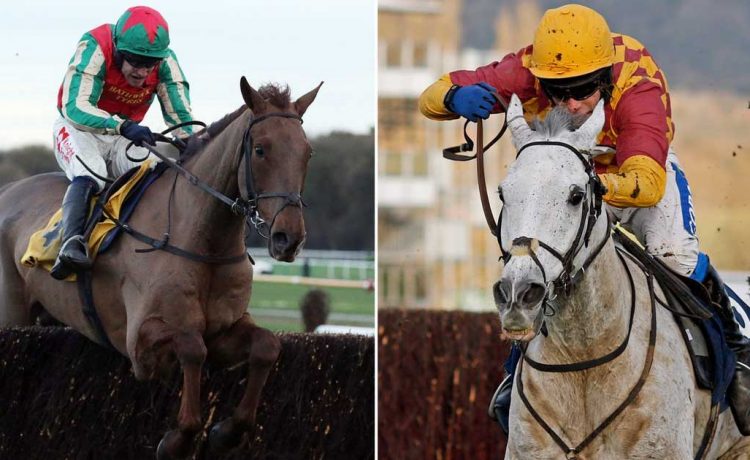 The David Pipe-trained pair have been entered in Saturday’s William Hill Becher Chase.

Vieux Lion Rouge won the 3m 2f contest in 2016 – and has competed in the last four renewals of it and the world’s most famous steeplechase.

Coronavirus caused this year’s National to be called off, so the veteran has not been able to race over his favourite fences for 12 months.

“What a horse- and he has jumped more Grand National fences than any other horse, 202 fences,” said Pipe.

“Four Grand Nationals, four Bechers. He lights up to the occasion, he actually jumps those fences better than the normal park fences so, while he’s not getting any younger, he’s in great form at home and for both my horses the more rain the better for them on Saturday.”

The 11-year-old warmed up for his latest assignment with a run around the standard Aintree course on October 25, when he was fifth behind Minellacelebration.

“He ran well, it was a pipe opener for this race,” the trainer said in a call hosted by Great British Racing.

“It got him qualified for the veterans’ final as well so it served its purpose. He has come on a lot for that run.

“He’s working as well up the gallops now as he was three years ago, so he has dropped down in the ratings.

“Obviously he’s 16-1 but if he lights up to the occasion there he’s not without a shout.”

The versatile performer is 7-1 with the sponsors in the betting, while Vieux Lion Rouge is available at 16-1.

“He (Ramses De Teillee) has always been a good horse, loves soft ground and battled extremely well at Chelteenham the other day,” Pipe said.

“He’s in good form, he has come out of the race well.

“He ran in the Grand National last year, it does say that he didn’t complete. At the Canal Turn the second time he made a bad mistake and actually one of his reins broke.

“So he did actually finish the rest of the race on one rein, they said he didn’t complete but he did.”

Pipe added: “If he does take to it (again on Saturday), he must be in with a great chance.”