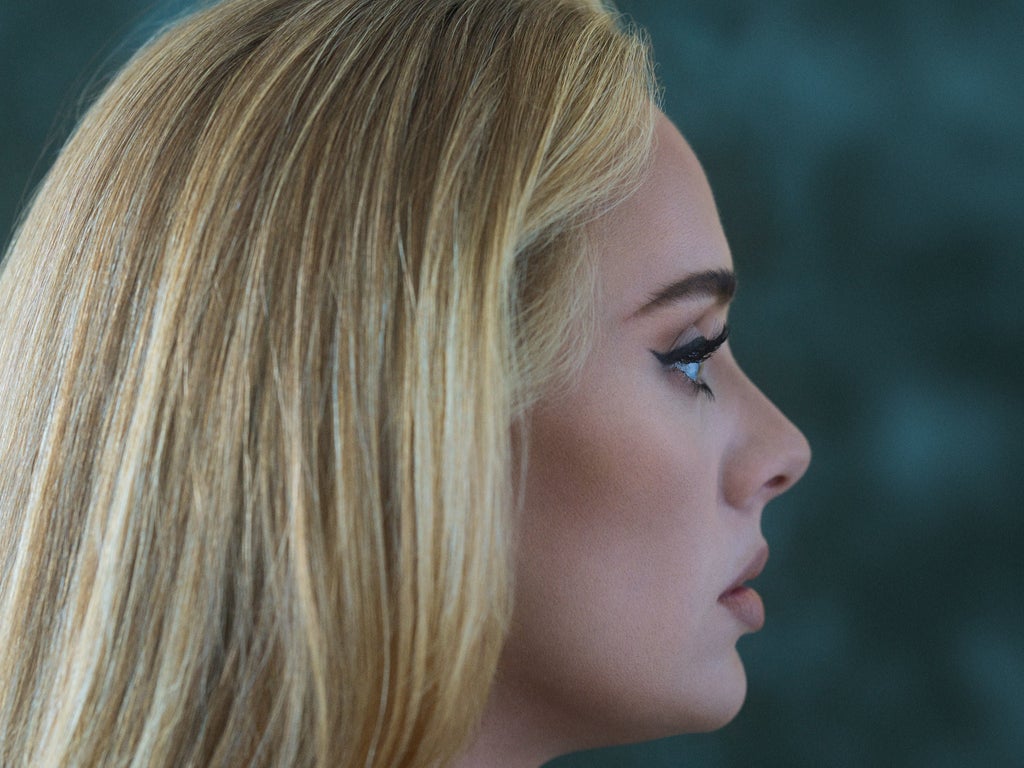 Adele: One Night Only with Oprah Winfrey trailer

Fans all around the world are reacting to the British artist’s fourth record, which includes her hit single “Easy on Me”.

Reviews for the album went live earlier this week, with critics praising the “immediacy” to her lyrics, along with her vocal prowess.

“They projected human emotions onto the natural world – a shallow valley, a shelter in the rain, the river running nearby where she grew up. But the singer of 30 is more literal. Adele unmediated. Adele unfiltered. Adele opening her Notes app at 3am mid-anxiety attack and jotting down whatever comes to mind.”

In a recent interview, Adele responded to fans who said the new music was “too similar” to her previous work, questioning: “Why would I shake up my sound?”

The liveblog is now closed

I’m going to wrap up the blog now and spend the rest of the day enjoying the album, as hopefully many of Adele’s fans will be to! Thanks for following.

To anyone questioning whether Adele just does ‘the same thing over and over’, this fan has something to say:

The album comes six years after the 33-year-old singer’s last album 25. Critics are calling the record a “gripping act of big budget vulnerability.”

Following the release of 30, fans are calling it Adele’s “best yet” and fiercely debating the ranking of their favourite songs on it.

However, one user tweeted, simply: “Adele has hacked this music thing.”

Another user confessed: “I gotta admit, I thought it was gonna be more of the same Adele, but it really does feel soo fresh and evolved and powerful.”

Several users confirmed that their weekend plans now involved listening to 30 on repeat, while drinking copious amounts of wine and crying through a box of Kleenex.

In case you missed it, here’s The Independent’s review of 30.

Adele doesn’t like to be rushed. She’s been sharp in response to fans nagging her about when she was returning with new music. “Of course not,” she said to one such fan last year. “Corona ain’t over. I’m quarantining. Wear a mask and be patient.”

But patience is not a virtue most contemporary music fans are familiar with. Thanks to social media, we live in a state of perpetual “content”, one in which the traditional “album” format has lost much of its relevance. Even Taylor Swift, an artist formerly renowned for her complex and drawn-out campaigns, dropped three records in less than a year with relatively little warning. There was Folklore, a finely woven collection of piano-based songs composed with Jack Antonoff and Aaron Dessner. Then came the autumn-themed Evermore, and, in April this year, a re-recorded version of her country pop album, Fearless. In doing so, she seemed to rebel against the prevalence of the artistic “era” – the way a new music project must be accompanied with a new look, a new sound, the prerequisite to catching the attention of an increasingly distracted audience.

Read my piece on why Adele will always be unique here.

Reviewers across the media have shared their verdicts for 30, the latest album by Adele – and it’s good news for the “Hello” singer-songwriter.

The album, which is Adele’s first in six years, has been heralded as the singer’s best work by several outlets, with many praising the songwriting craft and musicianship.

In a four-star review from The Independent, Annabel Nugent wrote: “Lyrically, 30 is candid. Adele has always been forthright – every bad feeling you’ve felt, she has confessed to feeling too – but there is a new immediacy here.

“Earlier songs spoke in platitudes and broad strokes. They projected human emotions onto the natural world – a shallow valley, a shelter in the rain, the river running nearby where she grew up. But the singer of 30 is more literal. Adele unmediated. Adele unfiltered. Adele opening her Notes app at 3am mid-anxiety attack and jotting down whatever comes to mind.”

One of the songs is attracting attention because it shares a deeply personal insight into the aftermath of Adele’s divorce from her husband, Simon Konecki.

Towards the end of the track, she is heard crying as she admits she’s struggling with loneliness. It appears this was recorded either when Adele was alone or during a session with her therapist.