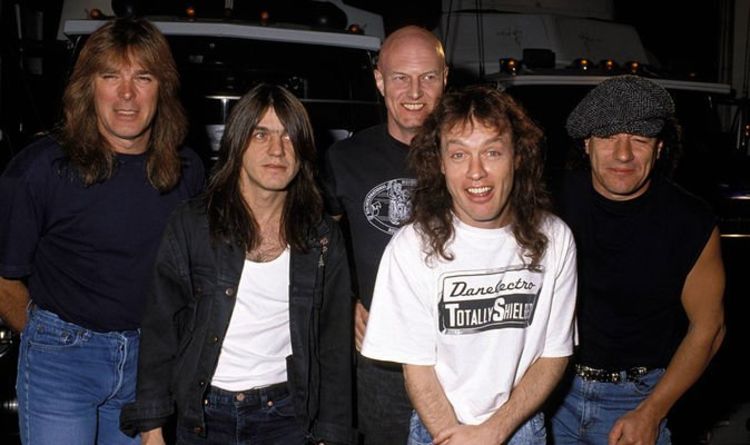 ACDC performs Back In Black in River Plate

At 16, Slade had dropped out of school and was working in a shoe shop when he heard that Tom Jones (then Tommy Scott) had sacked his drummer. It was fate when Jones’ guitarist, Mike Roberts, came into the shop and Slade plucked up the courage to offer his services. He said: “I ended up going to Tom’s house and then the whole band came to my house. I’d just bought a brand new Premier kit, and I set it up in my front room. They came down, and one of the guys said, ‘Can you play the intro to Walk Don’t Run,’ which is by The Ventures. I played it, and they said, ‘Okay, let’s go to the pub and rehearse.’ So, everybody grabbed a drum, we got on the bus, and went and rehearsed. Simple as that.”

Slade played with the band for seven years and played on eight albums before quitting in 1969 over a pay dispute.

By 1970, he had been picked up by the Manfred Mann Earth band, staying eight years and helping them top to the US charts with the iconic cover of Brice Springsteen’s Blinded By The light in 1977.

In 1984 he joined Led Zeppelin’s Jimmy Page to form The Firm before being asked to join AC/DC in 1989. The band was at a low point commercially and critically. Original drummer Phil Rudd had been fired in 1983 and replacement Simon Wright left in 1989.

Slade worked on the band’s 1990 comeback album Razor’s Edge, which included the iconic Thunderstruck. He thought his place in the band was secure, only for the rug to pulled three years later.

Slade told Vinyl Writer Music: “We were doing demos in London, just Angus, Malcolm, and myself. This went on for months, actually. I got a call from Malcolm saying, ‘It’s nothing you’ve done, it’s nothing you haven’t done, but we’re going to try Phil out again.’ And I went, ‘Wow, where did that come from? That was left-field.’ And I resigned on the spot.

“Malcolm said, ‘We don’t even know if [Phil] can even play.’ I said, ‘Well, that’s your problem now, guys, sorry.’ It was probably a bit stupid of me or a fit of pique, but I don’t like being messed around.”

Slade was to return to AC/DC two decades later. On 6 November 2014, during the Rock or Bust Tour, Rudd was arrested and charged with attempting to procure a murder, threatening to kill, possession of methamphetamine and possession of cannabis, following a police raid on his home. He was placed under eight months house arrest.

Slade was brought in for the rest of the tour. Brian Johnson was also battling hearing and vocal problems, which led to the controversial decision to bring in Axl Rose.

Slade recalled: “Brian was really unhappy with what he was doing. And I could hear him perfectly; I was using in-ears and I could hear the band, and him, perfectly. To me, it didn’t sound as bad as he thought it was. I kept saying to him, ‘Brian, you’re doing fine.’ But he didn’t like it. I don’t know the circumstances, but all I knew is that Tim the tour manager said, ‘Brian’s not here anymore. We just gotta hang around…’

“Then we went to Atlanta, Georgia and there was some auditions. I said to (drum tech) Dick Jones, ‘What’s tomorrow? Is it a day off?’ He said, ‘No. It’s Axl Rose tomorrow.’ I went, ‘What!?’ I couldn’t believe it; I heard all the stories about Axl.”

But Slade said Rose soon changed his mind: “The next day, there he is. I shook his hand and thought, ‘This guy’s not bad at all,’ and he was telling jokes. And then he sang and I didn’t know he had that voice. I really had no idea he could sing like that. It was tremendous from the start. Within the next day, he was in the band…

“Some of those notes he hit were unbelievable. He used to warm up for two hours every day. And I know he did because we were either on the same floor or very close. You could hear him on his piano, doing the scales and everything. And as I say, he was quite a funny guy. I know it’s not the opinion that a lot of people have of it, but that’s my experience of Axl.

“I know in the past, he’s had his problems, but the guy that I met was a really nice guy, really talented on the case. He was never late, ever.”

Slade and Rose complete the Rock or Bust Tour through to 2016 and then the band went on a hiatus. When they reformed in 2020 to record new album Power Up, it was with the classic line-up of Brian Johnson, Phil Rudd and Cliff Williams to the band, alongside Angus and Stevie Young.

“Then the second time around, there was never any talk of when that might end. With The Razor’s Edge, that kept getting extended. It was supposed to be a year, and it ended up three years. So, there’s no; how long is a piece of string? That doesn’t come into the conversation.” 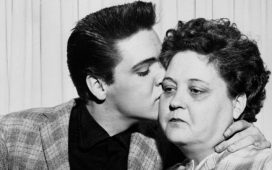 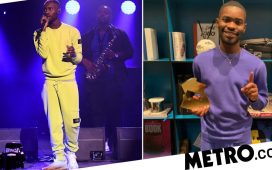 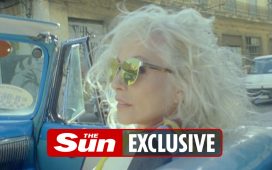