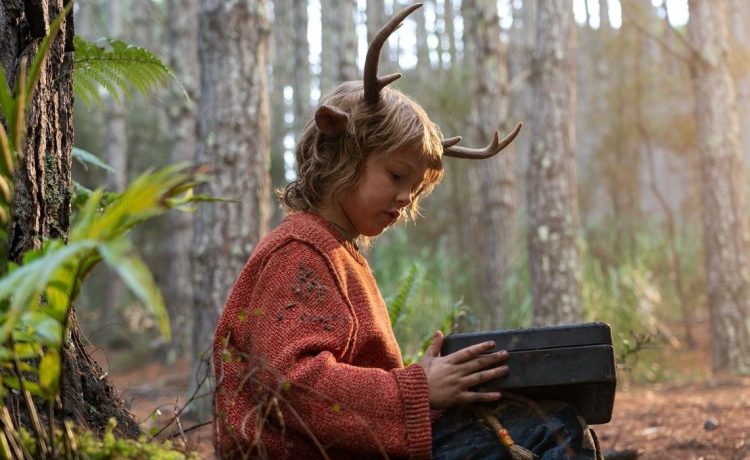 Looking for a new show to binge-watch? Netflix is always a go-to when you’re in the mood to settle in for a good series on streaming, but the fact that they’ve got so much dang content means it can be hard to keep up. To help you skip past all the scrolling and get right to watching some good TV, we’ve put together a list of the best new shows on Netflix this month.

If you combine the plot of Friends, the meta-humor of Community, and the silliness of New Girl, you get something resembling Happy Endings. This delightful sitcom aired for three seasons on ABC and follows six friends through this thing called life. It sounds trite as heck, but somehow it works. What sets this show apart is that it begins with two of the lead characters – Elisha Cuthbert and Zachary Knighton – about to get married, only for Cuthbert’s character to back out. Instead of then only following one of them, the story continues as this former couple tries to be friends. The characters really come into their own after a few episodes, and the ensemble feels diverse in its approach to comedy which brings a few very different flavors to the table. If you loved New Girl, you’ll no doubt fall for Happy Endings. – Adam Chitwood

Beyond the opportunity to discover just why Shang-Chi and the Legend of the Ten Rings‘s Simu Liu is about to become a big damn movie star, Canada’s own Kim’s Convenience is worth checking out on its own merits. The single-camera comedy focuses on a Korean-Canadian family which owns the titular Toronto shop, run by Appa (Paul Sun-Hyung Lee) and Umma (Jean Yoon) while their grown children Jung (Liu) and Janet (Andrea Bang) seek out their own paths. The fifth season was not necessarily planned to be the last, but the show still holds up as a unique take on the family sitcom — one that has unsurprisingly become a global favorite thanks to its warm heart and storytelling that’s not afraid to let things get a little complicated. – Liz Shannon Miller

Adapting from Jeff Lemire’s beloved comic of the same name, Netflix’s Sweet Tooth follows a cute and enthusiastic, sometimes infuriating, human/deer hybrid child, Gus (Christian Convery), in the aftermath of a viral apocalypse that annihilated the majority of humans. Afterward, hybrids like Gus start to emerge and thus, take the blame; becoming feared, hated, and hunted by the surviving humans. But where Lemire’s source material was dark and violent, the new series adaptation from Jim Mickle (Hap and Leonard) takes a different approach, making room for more optimism and lighthearted adventure that actually does the story a lot of good in the TV format.

As Ross Bonaime wrote in his Collider review, “ the transition of Sweet Tooth into more of a family-friendly fable is a good look for this sprawling tale, one that thankfully is full of hope rather than destruction. Sweet Tooth does this through an endearing adventure that shows rebirth and new chances can come out of even the worst disasters — which makes this a rare uplifting pandemic story in 2021.” If you’re looking for a bleaker take on the apocalypse, you might prefer Black Summer (which you’ll find a little further down this list), but Sweet Tooth holds its own despite the tonal reinvention. Mickle is one of the most distinct storytellers out there right now, and his films and series tend to strike a subtle sweet spot that’s high-stakes without being despairing and endearingly quirky without losing sight of the core human drama.

In recent years, Netflix has become the home to some of the most informative, innovatively shot, and emotionally fulfilling food TV in the game – this is not that. Fresh, Fried & Crispy is just a pure high-energy celebration of “junk food.” You don’t expect a nutritionally dense meal from a fried chicken sandwich, and likewise, don’t expect a deep or incisive look at food culture from Netflix’s latest foodie series. But that’s ok, sometimes you just want a fried chicken sandwich, and Fresh, Fried & Crispy is a plenty enjoyable bit of fast food-TV thanks to the spirited enthusiasm of host Daym Drops. A YouTuber who went viral with his high-energy, quippy fast food reviews, Daym brings that same charm to his new Netflix series, and though the show never quite elevates beyond the YouTube-style approach, it’s lighthearted and entertaining, putting the spotlight on some mom and pop establishments, their most decadent dishes, and the people who love making them.

The gentleman thief is back on Netflix in Lupin Part 2. Following up the first batch of episodes, which became an international breakout hit for the streaming service earlier this year thanks to the tightly-paced twists, episodic heists, and absolutely radiant charisma of Omar Sy, Lupin returns with a new five-episode chapter in the charming thief’s saga that unfolds even more of the mystery. Sometimes, it does a bit too much unfolding, with a bit of a circuitous approach to storytelling that leaves behind the propulsive thrust of Part 1. Instead, the series circles back on itself, reframing everything we’ve seen so far, staging a new grand plan behind the plan, and ultimately paying off in an explosive finale. That makes for a second season that’s slower and more methodical (and sometimes leave you longing for the rush of Part 1’s intoxicating energy), but the payoff is worth the extensive plotting, and Sy continues to be an absolute force to watch on screen, which means Lupin remains one of the best, most engaging, and downright entertaining crime thrillers you’ll find on Netflix – heck, it’s one of the best series you’ll find on TV anywhere right now.

Netflix’s zombie drama Black Summer is a bleak, old-school take on the popular horror genre that’s easily one of the most intense, unyielding zombie shows ever made. If you caught Season 1, you know the series offers a ruthless interpretation of human failing, in-fighting, and plain old fucking up, where no character is safe from sudden death – in fact, if it’s been a while since you watched the first season, you might want to refresh yourself on who actually made it out of the finale alive, because there aren’t many. Naturally, that means Season 2 brings in a whole lot of new characters and the new conflicts that come with them, and now that Rose (Jaime King) has been reunited with her daughter, she’s even more ferocious in her fight to make sure they survive. Season 2 side-steps a lot of the frantic chaos of the initial outbreak and settles into a slower, chillier side of the apocalypse, with the last flames of functioning society fully extinguished, the winter freeze setting in, and a world full of survivors who have to be cold-hearted to make it through another day.

The zombies on Black Summer a fast, feral, and merciless, leaving no time for second-guessing, and unfortunately, no time for mercy. That makes for a show that is relentlessly dark and takes a mighty dim view of humanity, so if the last few years have you feeling burnt out on the bad side of human nature, fair enough, but if you’re craving a classic approach to an apocalyptic survival tale, Black Summer delivers some of the scariest, most unrelenting zombie action in recent memory.

Too Hot to Handle Season 2

Season 1 was equal parts hilarious, salacious, and sometimes surprisingly effective in forcing the contestants to face their feelings before feeling each other up, but with 10 new singles on the prowl, Season 2 has the potential to be the horniest Too Hot to Handle season for a very distinct reason: these contestants filmed during the pandemic, emerging from ongoing lockdowns and a pre-taping quarantine extremely ready to spend some time getting sexy on the beach. Just be prepared to space out your bingeing, because Season 2 is dropping in 2 episodic blocks, with Episodes 1-4 arriving on June 23 and Episodes 5-10 launching at 12 a.m. PT on June 30.

KEEP READING: Here Are All the New Movies and Shows on Netflix in June 2021