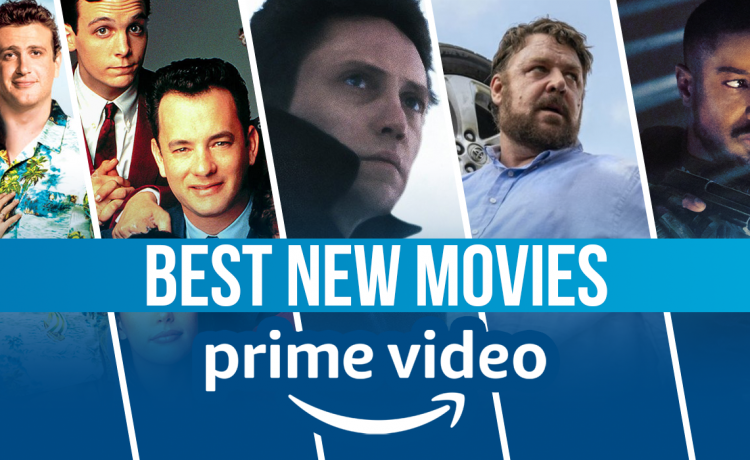 Need a new movie to watch? Tired of scrolling through those same algorithm-suggested titles? To help cut through the constant stream of streaming titles (and make sense of those ever-evolving streaming rights), we’ve put together a handy list of the best new movies on Amazon Prime Video in April 2021.

From classics like The Dead Zone to Amazon Studios’ latest original film Tom Clancy’s Without Remorse, check out our picks for the top 7 movies to know about on Amazon this month. And if you don’t find what you’re looking for here, you can see a complete list of all the new movies and shows on Amazon in the link below.

Oh sure, we all love the memes, but when’s the last time you actually sat down and revisited Inception? Because folks, Christopher Nolan’s 2010 sci-fi thriller is still a ripping romp through the subconscious built on the tried-and-true foundations of a great heist movie. Leonardo DiCaprio stars as Dom Cobb, the haunted leader of a group of dream-infiltrating mercenaries, who set out to retrieve the keys to a corporate empire from the dying mind of its founder. Nolan delivers one pulse-pounding, world-bending set-piece after the next (Joseph Gordon-Levitt‘s rotating hallway fight scene is still *chef’s kiss*), and the ensemble cast is clearly having a ball – none moreso than Tom “You mustn’t be afraid to dream a little bigger darling” Hardy, and no matter how you interpret the film’s much-discussed final frames, Inception holds up as one of Nolan’s most impressive reinventions of familiar genres.

Forgetting Sarah Marshall is the rare rom-com that isn’t just a feel-good love story with a few jokes, it’s a great romance and a bonafide laugh-out-loud comedy. Nicholas Stoller (who doesn’t get quite enough credit for his consistency with a resume filled out with films like The Five-Year Engagement, both Neighbors movies, and even an episode of the tragically short-lived comedy series The Grinder) directs a script by Jason Segel, who also stars. The set-up is classic comedy of errors material, Starring Segal as Peter, a man who gets suddenly dumped by his famous girlfriend of seven years (Kristen Bell) and decides to skip town to Hawaii – only to run into his ex and her new rock star boyfriend (Russell Brand). Fortunately, he also befriends and falls for a spectacularly charming hotel employee (Mila Kunis), leading to all kinds of hilarious and, yes, heartwarming antics. The most hilarious and heartwarming of all? A Dracula puppet musical, and I’m not even kidding.

There is no quicker cinematic shortcut to joy than the scene in That Thing You Do! when The Oneders hear their song on the radio for the first time. It is a happy-cry, dance-in-your-seat, unforgettable moment of feel-good filmmaking, phenomenally transportive and just as powerful every time you see it. And the thing is, the whole dang movie is like that. Every element of Tom Hanks‘ 1996 comedy works just as well as you remember it; the tender romances and broken bromances, the contrast between “the ‘biz” and a group of friends with big dreams, Liv Tyler‘s ethereal magnetism, that outrageously catchy freaking song – it all still works. That Thing You Do! is an all-timer feel-good film, as if Hanks channeled all his signature America’s Sweetheart energy into a single movie. So yes, I still love this movie with my whole heart – and who the heck doesn’t?!

RELATED: The Best New Movies on HBO Max in April 2021

It’s a great Steven King film, a great David Cronenberg film, and a great Christopher Walken film – what more could you want? Based on King’s fantastic 1979 novel of the same name, Cronenberg’s 1983 film stars Walken as Johnny Smith, a man who goes into a coma and wakes up five years later with new psychic powers. Just by touching someone, he can intuit all kinds of unknown information about them, leading him to save lives, hunt down a serial killer, and attempt to stop a nuclear apocalypse by way of an up-and-coming corrupt politician. Decades later, The Dead Zone easily remains in the top ranks of King adaptations; a top-notch fusion of the creative flourishes horror fans love in King and Cronenberg alike.

Unhinged is a no-nonsense, old-school thriller, for better and for worse. A flashback to the lean, mean star vehicles that were so popular in the 80s and 90s, Unhinged can be a lot of pulse-pounding “fun” (you know, the edge-of-your-seat, stomach-churning kind of fun) when it leans into the straightforward simplicity of intent that made those old favorites such a thrill. Unfortunately, it also has some outdated, occasionally galling messaging that also would have felt more at home 30 years ago. Your mileage may vary. Infuriating moments aside, Unhinged is a wild, relentless thriller that moves. It also undeniably lives up to its title, with Russell Crowe delivering a chilling performance as a man on a rampage that will have you saying “Oh, he’s not gonna– welp, he did…” to the very end.

Spontaneous is one of the most unique and surprising movies I’ve seen in while, and that makes it pretty hard to describe without giving too much away. Set in a high school where teenagers suddenly start spontaneously exploding (and oh my, in what grisly detail) with no explanation, the 2020 gem is a coming-of-age film at its core, but it’s also part horror, part rom-com, part sci-fi – and in the end, all kinds of moving. Writer/director Brian Duffield’s sharp and poignant script comes to life via an ensemble full of tremendous performances, but especially the vulnerable, wry work from leads Katherine Langford and Charlie Plummer as two clueless teens fumbling through first love amidst horrific circumstances. If you missed this one in the chaos of 2020 (or, understandably, if the whole “horrific circumstances” thing hit a little close to home at the time), be sure to catch it on streaming. Just bring a tissue, because it comes with a much bigger emotional punch than I was expecting.

Writers: Taylor Sheridan and Will Staples

Tom Clancy fans waiting for Jack Ryan Season 3 can get a new take on another of the best-selling author’s most famous characters in Without Remorse. Creed and Black Panther star Michael B. Jordan takes on the role of John Clarke, a former Navy SEAL who winds up on the trail of an international conspiracy while hunting down his wife’s murderer. Working from a script co-written by Call of Duty: Modern Warfare 3 writer Will Staples and Yellowstone creator Taylor Sheridan, director Stefano Sollima looks to put his own stamp on the Clancyverse, with one of the most magnetic actors in Hollywood in the lead role.

READ  Sharon Osbourne’s 2020 goal is to produce a movie about her and Ozzy
Share on FacebookShare on TwitterShare on PinterestShare on Reddit
newsgrooveApril 11, 2021