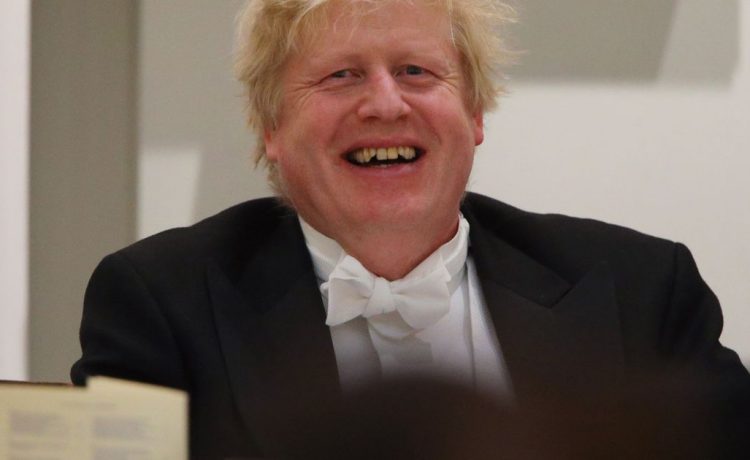 Boris Johnson’s Government says the recommended 1% pay rise for NHS staff is all that is “affordable”.

His ministers sparked fury with the paltry pay proposal last week – ripping up the previous pledge of 2.1% laid out in the Government’s long-term plan for the NHS.

Keir Starmer today blasted the PM over the stingy deal – saying: “The mask really is slipping, and we can see what the Conservative Party now stands for: cutting pay for nurses, putting taxes up for families.”

And the Labour leader noted a number things Boris Johnson apparently thinks are affordable, even though a decent pay rise for nurses isn’t.

Here’s a few of the most recent examples of the Prime Minister’s spending priorities.

The PM’s outgoing top aide, portrayed by many as being in touch with the fears and concerns of working-class voters, saw his salary rise to an eye-watering £140,000 of taxpayers’ cash in 2019-20 – an inflation-busting rise of £40,000.

In cash terms Mr Cummings was awarded a pay rise 216 times the size of some nurses’.

2. £37 billion for a test and trace system that has shown ‘no evidence’ of working

MPs said the public “cannot be treated by Government like an ATM machine” for the programme, which has been allocated £37 billion over two years.

In a damning report published today, the Public Accounts Committee (PAC) said the Department of Health and Social Care justified pouring vast sums into the scheme last year on the basis it would prevent a second national lockdown.

But as the country begins to emerge from a third lockdown, the MPs said there was “no clear evidence” to judge the scheme’s overall effectiveness.

And they warned that “it’s not clear whether its contribution to reducing infection levels – as opposed to the other measures introduced to tackle the pandemic – can justify its costs”.

The proposed 1% pay rise for NHS staff will reportedly cost the government up to £750 million. That’s about a fiftieth of the cost of Test and Trace.

The Prime Minister reportedly blows £50 a pop on organic ready meals for two, prepared for him by the head chef of a posh deli owned by a Tory donor.

The Prime Minister reportedly had boxes of luxury organic food “smuggled in” to Downing Street to be enjoyed by himself and partner Carrie Symonds.

According to the Mail, 30 giant boxes of shopping and up to 100 prepared meals were delivered from Daylesford organic farm shop.

The boxes are understood to be dropped off on Tuesdays, along with a bouquet of flowers – and are prepared by Mr Johnson’s Daylesford ‘personal chef’.

Over the course of a year, the PM’s weekly hamper amounts to the proposed pay increase for more than 70 nurses.

The Prime Minister says he’s lost weight since being hospitalised with Covid-19 – putting it down to giving up “late night cheese.”

But he also had a hand from Harry Jameson, a celebrity personal trainer who charges £165-an-hour for his services.

If the Prime Minister pays the market rate for his training sessions, he spends almost as much on each one as some NHS staff will see in extra cash for a whole year .

It’s been claimed that the ongoing refurbishment of Boris Johnson’s Downing Street flat will cost as much as £200,000.

Reports have also claimed the PM is trying to set up a charity to help refurbish the four-bedroom living quarters above No11, which are larger than the flat above No10.

It is also thought the taxpayer could meet some of the costs.

His fiancee Carrie Symonds has removed Theresa May ’s “John Lewis furniture nightmare”, and paintings by British artist John Nash now hang alongside works by the PM himself, according to Tatler.

The revamp is said to include gold wall coverings and fabrics costing more than £100 per metre.

If reports are accurate, some nurses will get a pay rise equivalent to 1.85m of wallpaper.

6. A £9m ‘White House-style” situation bunker to use in a crisis

The secret bunker, which looks set to take over from Cobra as the main meeting point for dealing with such emergencies, is being developed beneath 70 Whitehall.

It will be connected to Downing Street through an existing labyrinth of subterranean tunnels.

The cost of the bunker could pay the average nurse’s salary for 272 years.