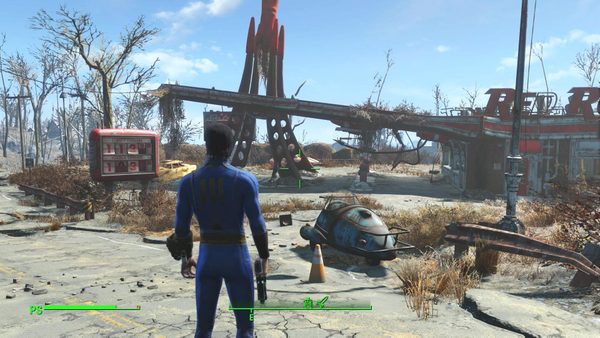 The future may seem like a shining beacon of hope for those of us still waiting for those jetpacks and flying cars, but as video games have shown us, sometimes the oncoming years can take a horrifying turn. Nuclear war erupts, maniacal rulers step forward to take control of society, or maybe totalitarianism reigns. None of that sounds very entertaining or fun to us, but it’s a sad fact that any one of the dystopian futures depicted in some of our favorite games could well become a reality someday — well, barring some of the most out-there situations.

While we’re not being forced to live it, why not enjoy those wicked worlds through exploring them in games? The barren wastelands of the future are at the very least fun to explore when you’re not actually there to see a ghoul’s flesh in person. In honor of entering another year in another decade, here are five of the greatest dystopian worlds in gaming: fun to visit, but not to become a permanent resident of.

Whether you’re exploring the wastelands of the original isometric RPG classic or escaping the Vault years later in Fallout 3, you simple cannot deny the fact that this fully-realized, detailed, and expansive dystopian world is one of the most intriguing and multi-faceted out there. True, you face the dangers of radiation poisoning, starvation, and death by one or more mutant creature, but your real enemies are other survivors. And really, that’s not so different from the present, where other human beings are sometimes your greatest enemy.

But the richly-detailed world of Fallout is one that’s a blast to live in, albeit digitally. Difficult decisions, delicious Nuka-Cola, plenty of bottle caps, and the infamous Pip-Boy 3000 are all niceties that await you after the world has been ravaged by nuclear war. Actually, it’s more likely that none of those things will ever happen — just hope and pray the only wasteland you’ll ever have to weather has the decency to include Liam Neeson in some capacity, maybe even as your adoptive father or something.

Somewhere beyond the sea, the gorgeous yet dilapidated world of Rapture awaits. The fallen world of Andrew Ryan’s genius was constructed to escape the “parasites” crawling around on the world on the surface. He needed a place where man could thrive off “the sweat of his brow.” No religion, no government, and no capitalism – only the rule of the people. It sounds too good to be true, and that’s because it is.

While there are plenty of rad underwater architectural splendors, bathysphere to travel back and forth with, and an entire array of plasmids to upgrade your natural body with, there are also Big Daddies and demonic-looking Little Sisters to contend with. Still, all of those things are why we love the dystopian man-made future so much. Stylistically and aesthetically, things are quite attractive in the bizarre underwater world, if you don’t count the corpses of splicers and other ne’er-do-wells littering the dilapidated halls and once-grand spectacles that one man once worked so hard to build.

Who practically wrote the book on dystopian futures? Well, that’s an ambiguous question, but if it had an answer, it’d probably be Valve, with the introduction of City 17 and the Combine, the bizarre, multidimensional collective who wish to harvest the human race as well as the resources on planet Earth. Scared, oppressed citizens scurry about the city attempting to shake the watchful eye of Combine soldiers, but many are corralled away and kidnapped for the Combine’s cause.

It’s a gruesome sight to be sure, and a fate even the indomitable Gordon Freeman almost met with, had his buddy not stepped in as a fake foot soldier. Regardless of the bleak atmosphere and numerous dangers scattered throughout this grim city, we all look back fondly on our first traipse through after that few hundred hour wait for Steam activation. And we know once Episode Three finally makes its entrance we’ll jump on that too, all for a fleeting chance to immerse ourselves in that world once more.

Hillys is a gorgeous area and full of intriguing wildlife, but the oppressive DomZ make it a menacing and unsavory place to live. The dreary future of Hillys finds the world under siege by the alien DomZ, who are content to create slaves from the humans and anthropomorphic inhabitants of the planet and even use them as living, breathing power sources.

The militaristic Alpha Sections jump in, saying they’ll act as a beacon of hope for the public, but it’s really just a clever guise for a dictatorship to control the people. It’s up journalist Jade and her partner Pey’j to uncover the truth while everyday life seems to be unraveling around them. The strangeness attached to this bizarre militaristic state set the stage for a great action-adventure game with a fabulous female lead and plenty of intrigue to keep you coming back.

Midgar may seem like an obvious choice, but regardless if you find the PlayStation classic cloying over overplayed, it’s a timeless tale that, surprisingly, boasts one of the most memorable dystopias around: Midgar. The Shinra Electric Power Corporation is in total control of the dilapidating city, the morose once-bustling metropolis in ruins with most of its citizens eking out a meager existence beneath that infamous “pizza” in the sky.

All of this in a bid to find the “promised land,” an abundant energy source that would be able to energize the entire city, at least, that’s the cover story. The rich make their way to the top of the enormous Midgar plate to thrive and the poor continue to rot below. Joining SOLDIER in the elite militaristic society is always an option, but that doesn’t by any means guarantee a more fulfilling life. It’s a bleak future with few bright spots, except for that bar from your childhood, or those trips to the Gold Saucer — and honestly, those don’t really count for much. Not in the apocalypse, anyway. 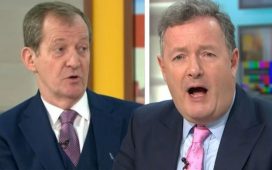