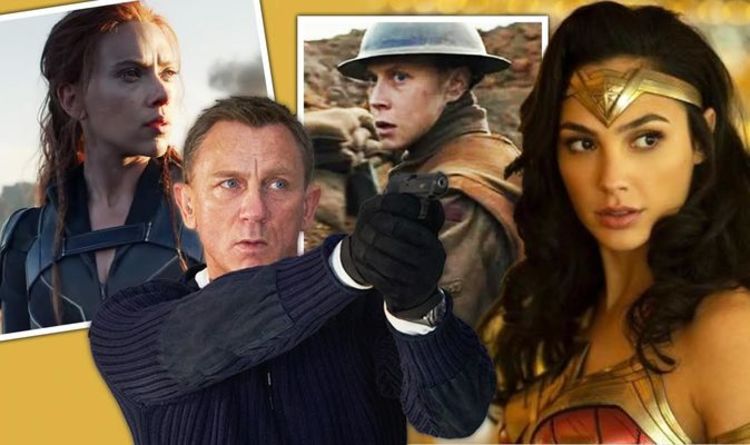 Thor Ragnarok’s Taika Waititi returns for a comedy-drama set in Nazi Germany. Jojo Rabbit sees a lonely German boy discover his mother is hiding a Jewish girl in their attic, while he comes to terms with his unthinking nationalism thanks to his imaginary friend – Waititi’s Adolf Hitler.

James Bond director Sam Mendes offers an Oscars-favourite for 2020 in a race against time set in the trenches of the First World War. 1917 is filmed as though the whole movie were one single take.

Will Smith and Martin Lawrence are back to complete their action-comedy trilogy 17 years after the last outing. Bad Boys for Life sees Marcus and Mike reunite to take on a cartel mob boss.

A Beautiful Day in the Neighbour (January 31)

Robert Pattinson and Willem Dafoe star in a black and white psychological horror about two isolated lighthouse keepers in 19th century New England and their slow descent into madness.

Margot Robbie returns for this Suicide Squad sequel where her Harley Quinn has left the Joker. The DC movie sees a female superhero team-up against Ewan McGregor’s Black Mask.

Having bowed out as Iron Man in Avengers Endgame, Robert Downey Jr has a turn as Dr Dolittle, the Victorian vet who can talk to animals. The film sees him on an epic quest to find a cure on a mythical island to save the Queen.

Korean director Bong Joon-ho’s black comedy follows a poor household hoping to be employed by a wealthy family by pretended to be unrelated and exceptional workers.

Based on the classic TV show of the same name, this horror adaptation sees dreams literally come true for guest on a luxury and mysterious island.

After the social media backlash to the film’s first trailer and its depiction of Sonic, the videogame movie was pushed back as the CGI character was completely redesigned. Luckily, with, a new teaser, fans are much more pleased with the latest look. Additionally, Jim Carrey stars as the villainous Dr Robotnik

Vin Diesel stars as the Valiant Comics superhero of the same name. Bloodshot is a biotech super-soldier and this film sees him hellbent on revenge over the man who killed both him (in his former life) and his wife.

Pixar’s latest is set in a fantasy world that’s lost all its magic. But when Chris Pratt and Tom Holland’s elf brothers discover a staff left by their deceased father, they set off on an epic quest to bring him back for just 24 hours. The only problem is, only his legs have appeared.

John Krasinski directs his wife Emily Blunt in the follow-up to the hit horror. Set after the events of A Quiet Place, the sequel sees the Abbott family continue to fight for survival in their post-apocalyptic existence where blind aliens hunt them by sound.

Disney’s next live-action remake of one of its animated classics sees a young woman disguise herself as a man to fight for the Imperial Chinese Army.

Daniel Craig returns for his fifth and final outing as James Bond 007, while Rami Malek stars as mysterious villain Safin.

Vin Diesel and the gang are back for their penultimate street-racer action-adventure. But will the late Paul Walker’s Brian O’Conner turn up?

Based on Eoin Colfer’s fantasy novels of the same name comes Disney’s adaptation. Teenage genius Artemis Fowl sets out to rescue his criminal father and restore their fortune, as he seeks the world of fairies hoping to rob them.

Justice League’s Diana Prince get another solo prequel set in the 1980s. Gal Gadot’s DC superhero takes on Cheetah and is somehow reunited with her dead WW1 boyfriend Steve Trevor who hasn’t aged.

A direct sequel to the original of the same name, Get Out and Us’s Jordan Peele is producing this new horror. Yahya Abdul-Mateen II stars.

Another Pixar original. Jamie Foxx plays Joe Gardner, a music teacher who longs to be a jazz player. After an accident, his soul is separated from his body and transported to a dimension where souls can develop passions before being transported a newborn.