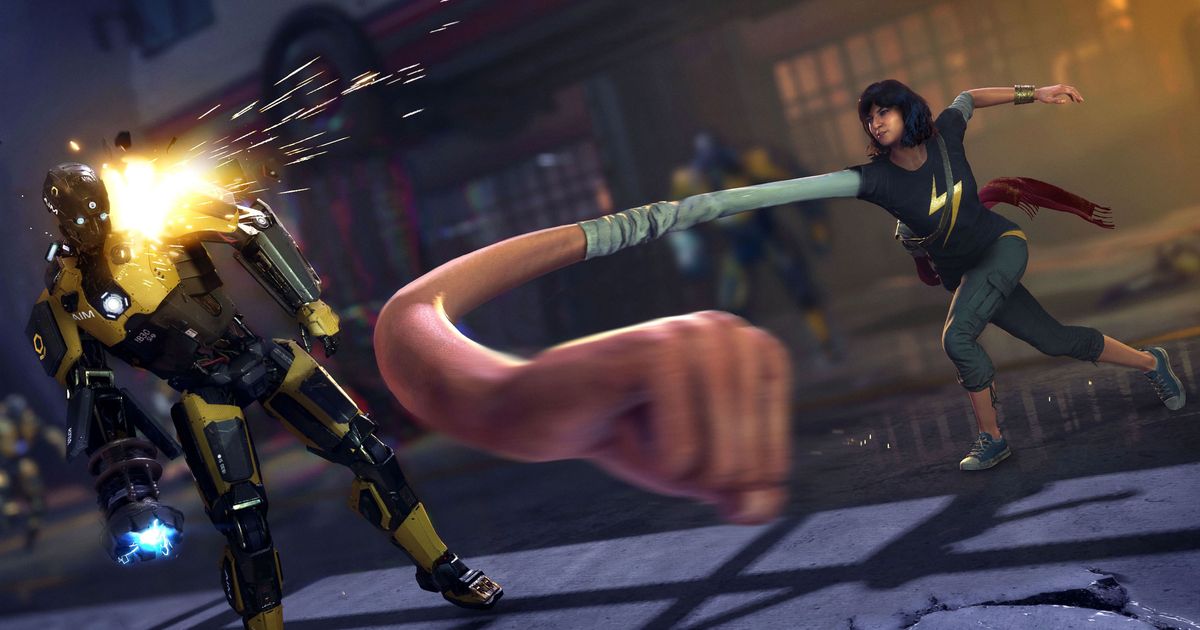 It’s time to stop living in the past, folks. The year is almost over and that means your backlog is about to be filled with “last year’s” favorites. Set aside the old news in favor of the new hotness.

A new year means a whole new slate of games to get excited about. Some of your most-hyped faves will be great. Others will disappoint. But in this specific moment, with the fresh, undisturbed landscape of a full year’s worth of releases ahead, your gaming life is filled with possibility.

Here at Mashable Entertainment HQ, we’ve looked through the lists and pored over release news. While this is by no means a complete list of the 2020 games we’re excited to play, they’re the ones we find ourselves thinking about the most based on everything revealed so far.

Of course people are hype for Marvel’s Avengers. But the more we learn about what the game actually is, the more that hype seems justified. There’s the story’s star, Kamala Khan (aka Ms. Marvel), and her quest to re-form the shattered Avengers years after they’re driven apart by a terrible  and very public misstep. Outside of that story, we also know there’s a very online-focused experience that’s all about teaming up with friends and chasing power-enhancing loot a la Destiny. Marvel’s first big-budget superhero game for a post-MCU world is looking all sorts of promising.

Animal Crossing games are like warm, soft blankets: welcoming, comforting, and begging you to wrap yourself up in them and forget about the outside world. Amidst the tumult of the last year, I find myself yearning for the familiar comfort of an Animal Crossing game, and Animal Crossing: New Horizons seems like it’s going to be the perfect way to get away from the daily stresses of life. Camping out on an island with a bunch of friendly animal neighbors, fishing, digging up fossils, running little errands, paying off loans on your own schedule to the only good landlord in existence: Tom Nook. It just looks so peaceful and wonderful.

Here’s the pitch: You’re a young, up-and-coming mobster in 1920s Chicago. Maybe you’re even Al Capone himself. Using your wits and whatever small pile of scratch you came to town with, you set out to build a criminal empire that sprawls across the entire Windy City. Empire of Sin plays out on two levels. You’ve got to worry about the big picture, dispatching your goons and directing resources toward whatever criminal enterprises you wish to pursue. But you’ve also got to get down to the street level when scraps break out, making in-the-moment tactical decisions to ensure your crew stays safe and alive. All of this plays out against the backdrop of an unpredictable “living” city that ensures no two playthroughs will ever be the same.

Doom Eternal looks badass. It takes all the aggressive action, brutal kills, and apex level design that made 2016’s Doom so thrilling and digs even deeper. Well, maybe it digs higher? Doom took us deep into Hell but in Doom Eternal, Hell has risen up and taken over Earth. Not only that, players will be heading up to Heaven to kick even more ass. Finally.

The Civilization series has always offered a very particular kind of game for a very particular kind of player. Humankind, from Amplitude Studios, looks like it aims to scratch a similar itch. Just like Civ, you start out at the dawn of humankind, making choices that influence the way your chosen culture develops. But as you move from one era of human development to the next – there are six in total – you choose a new culture to develop. This choice mixes in with your earlier choice(s), and over time the picture of your developed society is shaped by the different influences going back to its earliest beginnings. It remains to be seen if that’s enough to set Humankind apart from the series that inspired it, but the premise presents some intriguing possibilities.

The renaissance of Resident Evil has been a fantastic thing to witness and experience. Resident Evil 7 was one of the greatest games of the decade, and then the  Resident Evil 2 remake followed it up with an amazing, modern take on the ‘90s classic. If the Resident Evil 3 comes close to the quality of those two games, we’re in for another game of the year contender from Capcom. The trailer looks great and the tiny glimpse at the terror that is Nemesis is just enough to raise a heart rate.

It’s always cool to see familiar game franchises twisted in new directions and that’s what is happening in Gears Tactics. This fresh interpretation of the super-popular Xbox series recasts humanity’s war against evil alien forces as a game that rewards patience and strategic thinking. If you’re a fan of the XCOM games, this should be appealing as well. Instead of commanding a single COG soldier you take control of an entire squad, dishing out orders and taking advantage of their unique skills and tools as you take on Locust (and Lambent?) forces. Turn-based tactics feels like a perfect marriage of brand and genre for Gears.

Golf Story was such a fun and funny game in 2017, and if Sports Story is more of the same but with a wider variety of activities, then it’s perfect. In the trailer, our hero appears to have moved past his desire to become a great golfer and has found new sports to compete in: tennis, volleyball, soccer, baseball, and cricket. Sports Story looks like it will continue to have the wonderful charm and absurd sense of humor that made the first game from Sidebar Games so lovable.

READ  The 10 Worst Anime Based On Video Games Of The Last Decade, Ranked According To IMDb - TheGamer

The Witcher 3 is a hard act for anyone to follow, but CD Projekt Red seems to be putting its best foot forward in Cyberpunk 2077. The long-teased game is finally due to arrive in the front half of 2020, and it looks like a dazzler. Shifting from third-person to first-person and from high fantasy to… well… cyberpunk, Cyberpunk 2077 still looks like it’s brimming with some of the same underlying ideas that made the most recent Witcher so special. What’s that, you ask? An emphasis on player choice, a deep and varied world to explore, and – we hope – a story that sets aside common notions of good vs. evil in favor of something more morally ambiguous.

Super Meat Boy is, hands-down, one of the best platformers of all time. Super Meat Boy Forever will undoubtedly be incredible when it finally comes out. Unlike the original game, this one is an auto-runner, so you won’t be able to stop and figure out how to jump and weave through scores of spinning saw blades; you’ll have to do it on the fly. It’s been in development for years, and it keeps getting pushed back, but that only means it’s getting better and better.

For all of the many things we still don’t know about the next generation of gaming hardware, this much is certain: By the end of 2020, PlayStation and Xbox fans will have new consoles to pine for. Possibly Nintendo fans too, if rumors of a more powerful Switch turn out to be true. There’s not much to say about any of these things yet, but 2020 promises to bring some major developments for fans of living room gaming.