While love that transgress the rigid barriers of gender should be acknowledged every day, June is the official month celebrating the LGBTQ+ community in multitudinous ways. Also known as Pride Month, the interval is consolidated for commemorating the hard struggles the LGBTQ+ community has experienced in their fight for equal rights, as well as spotlighting diverse people who felt great pride in their true sexual identities.

Many significant films and tv series, be it Hollywood or world cinema, surrounding the LGBTQ+ community has been produced. Anime is no exception.

The yuri (Japanese for girls’ love) series follows two high-school girls and their transition from ambiguous friendship to a romantic relationship.

Although infatuated with the romanticism of love ballads and shoujo mangas, Yuu Koito realizes that she has trouble experiencing love as a feeling first-hand after receiving a confession from her classmate in junior high. When Yuu becomes enrolled in high school, she encounters second-year high schooler/student council president Touko Nanami, who despite her flawless and dependable exterior hides the same struggles as Yuu.

RELATED: Underappreciated Anime Films That Are Not All Studio Ghibli

Like Bloom Into You, the 2016 shounen-ai (Japanese for boys’ love) anime film surrounds two boys, Rihito Sajou and Hikaru Kusakabe. The two met when Hikaru, a capricious boy who is also involved in a rock band, decides to become a tutor to Rihito, an honor student who has trouble getting his singing pitch right.

Moving the setting from high schools to the alleys of New York City, Banana Fish bears a comparatively adult theme. In just a single season, the action-adventure series deal with crime syndicates, mysterious Indiana Jones-like adventures, and it even touches on the heavy subject of sexual violence.

Undeterred by its grim nature, the two protagonists of the series, Ash Lynx and Eiji Okumura, manage to form a healthy relationship whilst investigating the mystery behind “Banana Fish”, the words that drove Ash’s brother to insanity since his return from the Iraq War.

The inability to overcome his defeat at the Grand Pix Finale drove Yuuri Katsuki back to his hometown in Kyushu, Japan. After a clip of him performing his idol Russian figure skating champion Viktor Nikiforov’s skating routine went viral, Viktor himself becomes interested in Yuuri, even going so far as to visit Yuuri in Kyushu to revive the latter’s stagnant skating career.

Aside from the breathtaking choreography and witty humor displayed, Yuri!!! On Ice has demonstrated one of the most intriguing same-sex relationships in anime, specifically in a typically male-dominated genre like sports anime.

“Being able to speak freely is the lifeblood of love.” A Christmas classic, the message conveyed in Tokyo Godfathers is everlasting and timeless.

Unlike creator Satoshi Kon‘s previous works, Tokyo Godfathers is more grounded on realism by focusing on three eccentric homeless people who are on a noble quest of returning an abandoned baby to her parents. One of the homeless includes a transgender woman who despite her similar tragic upbringing, is most fervent in finding the baby’s biological parents.

A spin-off sequel to the popular anime series Sound! Euphonium, music enthusiasts mark this musical drama in their to-watch list for its exceptional soundtrack and mature take on relationships.

Liz and the Blue Bird is not only a film about two girls with a strong romantic bond and mutual respect, but it is also the inspiration behind the concert band piece in which the main protagonists are involved. Weaving in fairytale tropes, the 2016 hidden gem challenges its characters to overcome unrealistic dreams in this heart-rendering tale.

Yaoi is a popular genre, especially with women, as it includes stories that do not shy away from the sexual aspects of male-to-male relationships. One of the staples of the genre is none other than Junjou Romantica: Pure Romance.

Following three love stories of male couples, the anecdotes usually involve relationships between an older man with an established career and his much younger suitor. Yet, each story manages to shine on its own due to the different relationship dynamics and fascinating character quirks depicted. The series even has an equally successful spin-off called Sekaiichi Hatsukoi: The World’s Greatest First Love (2011).

Like its title, Revolutionary Girl Utena had not only paved the way for present shoujo and magical girl anime genres but is responsible for highlighting queer issues like bisexuality and feminist themes in the world of anime.

RELATED: Every Essential And Nostalgic 90s Anime Series As Ranked By IMDB

The fantasy anime series details the journey of an orphaned teenage girl Utena Tenjou, who decided to become a prince as influenced by her childhood and tomboyish manner. Fighting to release the “Rose Bride” Anthy Himemiya from objectification, Utena finds herself involved in sword battles that will prove her capabilities as a noble prince.

Giving prominence to the inner conflicts the LGBTQ+ community has towards their gender identity, Wandering Son sheds light on issues ranging from gender dysphoria to the social pressures of being transgender and coming to terms with it.

While Liz and the Blue Bird appeals more to fans of classical music, Given will strike a chord with alternative rock zealots.

Following four male students involved in an amateur school rock band, the slice-of-life musical series not only appointed each boy with convincing motivations but bring the characters to life with flesh-out backstories that allow audiences to resonate with them. The duel relationships that developed amongst the band members and engrossing soundtrack makes Given one of the standout shows in 2019.

NEXT: Best LGBTQ+ Couples In Animation 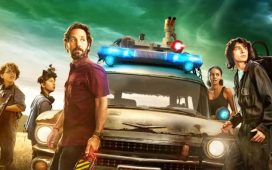