South Somerset District Council wanted to talk about getting the infrastructure ready for the new houses and so held a Zoom call that was open to members of the public. Among them were Ben Dover and Mike Coxlong.

Meanwhile another member of the public posed as Councillor David Gubbins, member for Yeovil Westlands, and he had to be kicked out by Councillor Peter Seib. Peter, who chairs the committee, threatened to exclude the public from the meeting and call the police if it continued.

By the end he said he was optimistic that more council meetings would take place over Zoom.

He said: ‘When you see how many hecklers we’ve had – I’d call them something else, but hecklers for now – it’s clear word has got around about this debate.

For all the latest news and updates on Coronavirus, click here.

‘If we can get this right and perfect, I think this is the way forward with meetings. It gives the public more opportunity to hear the debate.’

Mr Seib added: ‘There are currently 47 people in this meeting. That’s a pretty good attendance for area south.’

Councillor Dave Recardo, the committee’s vice-chairman, requested that one of the council’s IT specialists be on hand at all future meetings to prevent further trolling.

Mr Recardo said: ‘Today’s interferences from the public have been unwelcome and I don’t want to see it again.’

The council’s area west committee will meet using the same technology on April 15 at 5:30pm.

READ  Woman’s lover is a territorial raptor
Share on FacebookShare on TwitterShare on PinterestShare on Reddit
newsgrooveApril 9, 2020

Near death experience: Man experiences euphoria in out of body experience

Near-death experience: Woman sees the world from above in 'afterlife'

The nostalgic value of the bucket hat 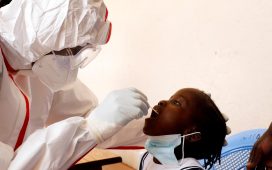