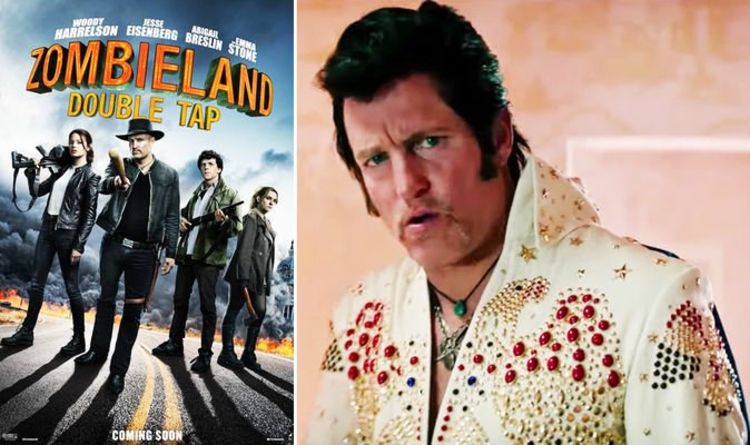 Ten years ago the Zom-Com Zombieland hit cinemas. Since then we’ve seen the zombie apocalypse genre have a huge resurgence in popular culture. And now the original cast are all back for Zombieland 2: Double Tap. The film’s official synopsis reads: “A decade after Zombieland became a hit film and a cult classic, the lead cast (Woody Harrelson, Jesse Eisenberg, Abigail Breslin, and Emma Stone) have reunited with director Ruben Fleischer (Venom) and the original writers Rhett Reese & Paul Wernick (Deadpool) for Zombieland 2: Double Tap.”

It continues: “In the sequel, written by Rhett Reese & Paul Wernick and Dave Callaham, through comic mayhem that stretches from the White House and through the heartland, these four slayers must face off against the many new kinds of zombies that have evolved since the first movie, as well as some new human survivors.

“But most of all, they have to face the growing pains of their own snarky, makeshift family.”

Meanwhile, Tallahassee is still having as much fun as possible as he channels Elvis during one scene at The Hound Dog Hotel.

However, former Ghostbusters Bill Murray and Dan Aykroyd were yet to be shown in their confirmed cameos.

Murray played himself in the original, which saw Tallahassee gushing over him and his acting career.

Last year when the film was announced, Columbia Pictures president Sanford Panitch said: “This is one of those projects that fans have wanted to see happen for a long time — and no one wanted to see it happen more than Emma, Woody, Jesse and Abigail.”

He added: “These are some of the most in-demand actors, and I think they are making this movie because they love these characters.

“We are thrilled Ruben was willing to come back to direct the sequel, as his work on Venom has been truly amazing.”

Zombieland: Double Tap is released in UK cinemas on October 18, 2019.