Zola is why I love movies. I love it when movies take me to places I would never go. This is what we expect from great storytelling, but when telling stories set in the real world, especially stories focused on people at the bottom of the socioeconomic ladder, there’s a concern about using other people’s misery for our entertainment. Director and co-writer Janicza Bravo masterfully threads the needle by taking us on a wild journey through the underbelly of Tampa while never losing empathy for her imperiled characters. The film’s biggest failing that it may take on too much—it deals with issues of race, wealth, sex work, gender, power, and Internet storytelling—but I was always enraptured by Zola’s ambition and charmed by its dark comedy. Zola is a wild story with style to spare, but it’s got a beating heart beneath its tweets.

Based on a Twitter thread from October 2015 by A’Ziah “Zola” King (Taylour Paige), the story begins with Zola waiting on Stefani (Riley Keough) at a restaurant. The two strike up a quick friendship and then Stefani asks if Zola would want to do a road trip through Florida and dance at some strip clubs. Zola has a history and comfort with stripping, so she agree to come along for what looks like a fun trip with a new friend and some easy money. Stefani picks up Zola the next day, but also along for the ride is Stefani’s dim-witted boyfriend Derek (Nicholas Braun) and “roommate” (Colman Domingo). Zola soon realizes this isn’t just about stripping and she’s signed on for far more than she bargained for.

Although Zola isn’t Bravo’s first feature, she has easily established herself as a filmmaker to watch with the total command she has of this story. Bravo doesn’t miss a trick with how she weaves in Twitter (the Twitter notification plays throughout) while avoiding overdone storytelling conventions like having text messages superimposed on screen. Instead, she finds better ways to bring in the Internet aspect such as having Zola and her boyfriend read their texts out loud as if they were talking, complete with lines like “lol” and “heart emoji.” Bravo’s attention to detail is also immaculate. When displaying the date and time, she not only uses the iPhone’s font for displaying that information; she also makes sure to include the iPhone’s signature “click” when the date and time go off screen.

Bravo doesn’t do this to show off but because the Internet is woven into the fabric of this story. Zola came out of a Twitter thread so the movie remains conscious of these contemporary forms of communication. The film is also aware of how they’re used to tell a polished version of a story, but the movie never becomes so Internet savvy that it loses sight of its characters. Thanks to Paige’s outstanding performance, we get a multifaceted depiction of Zola as a woman who’s smart enough to know what’s up but still in a great deal of danger. Through Paige, Zola is much more than a Twitter user asking you to buckle in for a thread.

The rest of the cast is equally outstanding as they ask for your empathy despite being thoroughly loathsome in different ways. Stefani is manipulative; Derek is a buffoon; and the roommate reveals himself to be pretty monstrous. But Zola doesn’t need us to like these people as much as understand the grimy world they inhabit. To the great credit of Bravo and co-writer Jeremy O. Harris, no one comes off as a caricature despite the film’s comic edge. The reason the comedy in Zola is so dark is because the circumstances are so believable.

There’s a lot happening in the margins of Zola and it’s almost too much for the film to consider. You have explorations of race, sex work, gender dynamics, and more, and if I have one complaint about the film, I feel like these are rich veins that never fully get explored because Zola is always onto the next thing. It’s not that the film lacks focus as much as there’s clearly a lot to say but no time to slow down and say it. The narrative is too propulsive, which is a good problem to have, but sometimes it leaves the themes feeling a bit thin.

Nevertheless, Zola is a wild ride that you won’t soon forget. Although the marketing is likely to lean on how “crazy” this story is, the soul of the film has more in common with something like The Florida Project than Spring Breakers. There may be a lot happening with Zola as it speeds through tones, asides, and perils, but Bravo never loses the thread.

Zola does not currently have a release date.

For more of our Sundance 2020 reviews, click the links below: 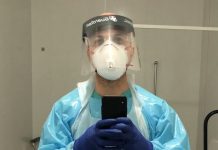 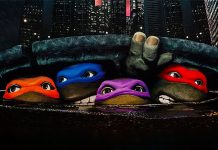 'Teenage Mutant Ninja Turtles' at 30: Looking back at the controversy around its UK release