Zack Snyder's Justice League: 10 Videogames To Play While You Wait For The Snyder Cut – Screen Rant 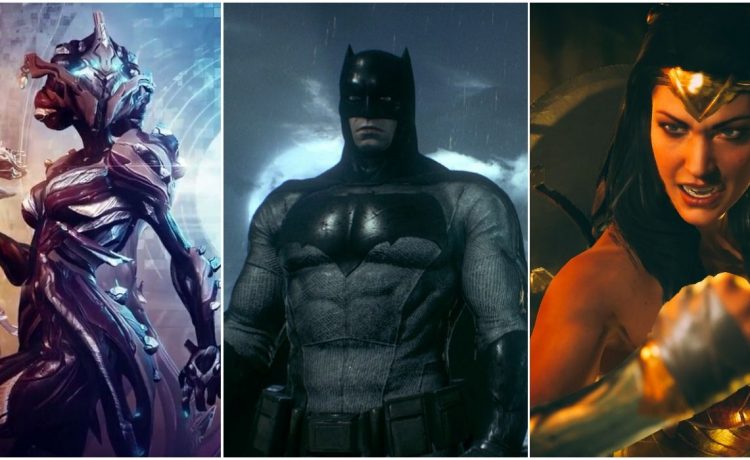 March 18 will finally see the release of the Justice League Snyder Cut on HBO Max. Zack Snyder’s Justice League will reintroduce characters, such as Darkseid, Green Lantern, Iris West, and even the Joker. It will also be a staggering four hours long.

As exciting as it is for DC fans, it’s still over a month away, and there’s no better way to kill time and get in the mood for an epic superhero team-up than playing some videogames (and they don’t even have to be DC-related.)

If a DC fan wants to play the ultimate DC Comics game before Justice League is re-launched, then they should look no further than Rocksteady’s Batman: Arkham Knight, the epic trilogy-capper to the greatest comic book videogame series of all time.

Aside from being an epic DC game set in an open-world Gotham City, which is enough to get any fan excited, it also features multiple team-up sections where Batman can fight alongside one of his allies, leading to some great superhero team moments. Plus, it has the Justice League Ben Affleck Batman suit and Batmobile to complete the experience.

It’s a sad fact that there aren’t any big-budget Justice League games, so if comic fans want an epic superhero team-up on modern PC/consoles with a load of recognizable heroes, they will have to settle for Marvel and The Avengers instead. The recent Marvel’s Avengers game may have some repetition and it isn’t dropping content quickly enough, but it’s still an incredibly fun superhero team game, where the player can control the likes of Black Widow, Iron Man, Captain America and more, across many co-op or solo missions and a huge story campaign.

8 Freedom Force Vs The Third Reich

Back in the early 2000s, Bioshock developer, Irrational Games, created a pair of fun superhero RPGs entitled Freedom Force, with the sequel Freedom Force Vs The Third Reich being the more polished and enjoyable experience.

Both games are retro tactical RPGs that aren’t based on any particular license, so Irrational was free to create as many unique superheroes as they wanted, including the Captain America-like team leader Minuteman. Based on the golden age of comics, complete with pop-art sound effects akin to the Batman ’60s TV series, both Freedom Force games can be picked up cheaply on Steam and are well worth playing even today.

Sometimes if big companies won’t give the fans what they want, the fans step up and do it instead, which is a fittingly Justice League-worthy endeavor on its own. The last proper Superman game was the flawed Superman Returns in 2006, and gamers have been waiting patiently for another open-world game based around the Man of Steel ever since.

Instead, a few Japanese students put together Undefeated, which is essentially a prototype for a modern Superman game. The main character’s dressed in black, too, so it’s particularly appropriate for Zack Snyder’s Justice League.

There are a lot of big online games out there, from Fortnite to Fall Guys, and many have teamplay options, but none recapture the spirit of Justice League better than Warframe.

In this long-running free-to-play online title from Unreal Tournament developer, Digital Extremes, the players take on the roles of robot warriors with superpowered abilities and go out to fight against ancient evil enemies. That’s pretty much the plot of Zack Snyder’s Justice League if every character was Cyborg mixed with Wonder Woman. And with the support Warframe has, it’s one of the best live-service games around.

The only MMO set in the DC Comics multiverse is DC Universe Online, which is a decade old this year and is due for a graphical revamp soon. The story actually shares similarities with Zack Snyder’s Justice League, as it tells of a future where the DC superheroes are defeated by a powerful cosmic enemy (in this case, Brainiac) and the only hope is assembling a team of heroes in the past.

In DC Universe Online‘s case, the player is can play either a hero or villain, if they wish to serve Doom rather than Justice. Fans can team up with other players and go on DC-inspired raids against evils, including Steppenwolf and Darkseid, making DCUO the closest to a pure Justice League videogame there is.

Any comic fans who own a Nintendo Switch have access to one of the best superhero team-up games around, and like Zack Snyder’s Justice League it features classic heroes facing a powerful world-ending threat. It’s Marvel rather than DC, and Thanos and his Black Order rather than Darkseid, Steppenwolf, and their army, but otherwise the spirit is the same.

Marvel Ultimate Alliance 3 may not be as graphically impressive as Marvel’s Avengers, but in terms of playing with other people, it’s superior. It basically requires co-operation and features many special moves that allow heroes to play off each other.

While the Saints Row series started off as clones of Grand Theft Auto, they started embracing silliness to the degree that Saints Row IV just gave them all superpowers. Consequently, the most recent game in the open-world action series is one of the best superhero games ever made.

Players can easily customize their characters to look like The Flash or Wonder Woman, and even more accurately on PC with the game’s Steam Workshop mod support. Then, all players have to do is head online for some co-op and take on the alien overlord attempting to conquer Earth as a team.

Bayonetta and Nier: Automata developer Platinum’s action game is all about creating a vast team of heroes to fight evil alien invaders, and there’s a lot more than six of them. In fact, the game’s about commanding a whole army of superheroes at the same time.

It’s like Justice League meets Pikmin, essentially. The action can get frantic at times, but it’s never less than thrilling, and it’s backed by a story by Devil May Cry and Okami director Hideki Kamiya. The Remastered version of The Wonderful 101 came out last year with improved visuals and gameplay.

The best game where fans can play the entire Justice League, as well as other notable DC heroes and villains, is sadly less about teaming up and more about beating each other up. Injustice 2 is the latest DC Comics fighting game from Mortal Kombat developer NetherRealm, and it’s one of the finest available.

While the gameplay is admittedly all about one-v-one fighting, the game’s story is about bringing together the DC heroes and uniting them against a cosmic despot bent on Earth’s annihilation. This is exactly the plot of Zack Snyder’s Justice League, and the apocalyptic “Knightmare” future where Superman is evil that the movie will be revisiting is strongly based on the Injustice games. Plus, the game even features most of the Justice League outfits as unlockables.

NEXT: Batman Arkham Knight & 9 Other Best DC Video Games, Ranked According To Metacritic


Next
Sonic Prime: 10 Characters We Need To See In The Sonic The Hedgehog Netflix Series

READ  Now, a videogame to help children with ADHD - Deccan Chronicle
Share on FacebookShare on TwitterShare on PinterestShare on Reddit
newsgrooveFebruary 13, 2021