In another show to potentially get a reunion, Zach Braff has gone ahead and put the idea of a Scrubs film on the table.

Speaking with on-screen and off-screen BFF Donald Faison (who played Turk on the series) in their podcast Fake Doctors, Real Friends, Zach addressed the idea of getting the gang back together on the big screen.

On the idea of a film, Zach said: ‘We talk about that, because I point to Psych, who’s now made 2 successful films. It would be fun.’

You’re darn right it would be – we don’t care what the general consensus on reunions is right now.

He went on: ‘I think it would be fun for us to all do something like that. We just have to get Disney to be into it and [series creator] Bill Lawrence to be into it.

‘I think it will happen; the fans seem to really want it to happen.’

You’re darn right we do.

It’s not even the first time recently a major member of the Scrubs crew has said they’re keen on reuniting with their former co-stars.

Speaking to Digital Spy recently Sarah Chalke (who played Elliot) said she’d be up for getting everyone back together.

She said: ‘I mean, we had such a great time. Most of my 20s was on that show. It was one of those magical situations where everything kind of came together.

‘It’s so rare where you love the part, and the show, and the people, and we had a blast making it.’

Still, things would have to change, with Zach previously saying he felt the content on the show – which ran from 2001-2010 – would be too ‘un-PC’ to fly today.

He said last month: ‘We often cringe and go okay, you definitely couldn’t do that joke today.

‘Sometimes even at the time things would get censored because the creators were trying to push things as far as they could on network television.’ 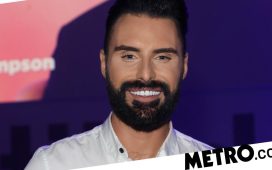