Young men taking steroids to get a ‘Love Island look’ will cause a surge in hospital appointments in 20 years’ time, experts warn.

The ripped six packs, toned arms and broad shoulders of reality TV hunks are the envy of many and some will go to extreme lengths to try and get them.

Anabolic steroids are prescription-only drugs which are illegal to sell. They work by supercharging the body’s natural muscle-building ability.

But taking them regularly can have devastating side effects including infertility, liver or kidney problems, high blood pressure and a higher risk of heart attack or stroke.

A report by UK Anti-Doping says more than half of male steroid users are taking them to improve their body image and the number of users has ‘increased significantly’.

An expert at the organisation said this may be down to them being ‘bombarded with imagery of the ideal sculpted body’ on TV and social media. 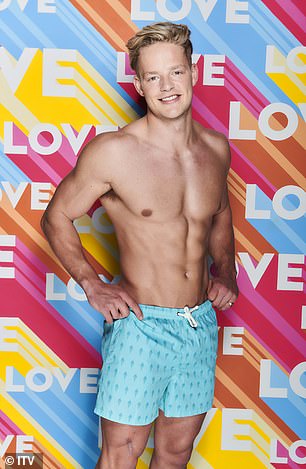 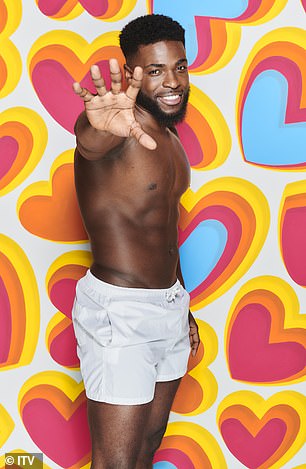 A new season of Love Island began last week and the contestants represent much of the same for viewers – men and women with perfectly slim, muscular and toned bodies (Pictured: contestants Ollie Williams, left, and Mike Boateng, right) There is no evidence or suggestion that any Love Island contestants are using steroids

UK Anti-Doping’s report said generation Z and millennial men were most at risk of steroid abuse.

That includes those born since 1981, according to US think-tank Pew Research.

The report said: ‘The largest population of IPED [image and performance enhancing drugs] users is young males whose motivations could primarily lie around body image.

‘Many media reports and experts have cited current societal trends as some of the reasons behind this desire to improve body image.

‘These include: near universal use of social media and exposure to “body image influencers”, popularity of the “Love Island look”, and a normalisation of injecting practices through easily accessible procedures like Botox and Melanotan.

‘One concern is that if children and young people view the “Love Island” look as “normal” and desirable, when in fact it may be very difficult to achieve, there is a fear that they may be tempted to use IPEDs which risks their health and wider public health concerns from vial and needle sharing.

‘The broader issue of the impact of IPED use on public health is described by some experts as a “time bomb”.’

According to Mr Stevens, breast enlargement adverts that were played during Love Island put pressure on young people over their body image.

On the show he said: ‘If you look at the increasing pressure on young people around eating disorder services, we have to think about the whole environment which children are being exposed to.’

Hitting out at the breast enlargement adverts, he also urged the broadcaster and others to look ‘very carefully at the kinds of impacts that it is having’.

Mr Stevens went on to say that ‘some of that is social media, but I mean even if you take a show like Love Island look at the adverts that are being shown alongside Love Island.

‘You’ve got explicit ads aiming at young women around breast cosmetic surgery. That is all playing into a set of pressures around body image that are showing up as a burden on other services.’

He went on to say that now is the time to really ‘think long and hard as to whether we should be exposing young people to those kinds of pressures and social media and advertising has got to look very carefully at the kinds of impacts that it is having.

‘I think that’s been accepted as part of the childhood obesity strategy, but it’s as relevant in mental health.’

Images of extremely fit bodies have already been linked to rising mental health problems among young people but there are physical consequences, too.

Steroids are strong, addictive drugs which disrupt people’s hormones and are used to strengthen the body in people with serious genetic conditions or very low testosterone.

Illegal doses used by athletes or gym-goers are usually considerably higher than what would be prescribed by a doctor and people may take them for longer.

The report quotes Mike Mallet, who runs an NHS needle exchange in Newport and fears illegal users will end up in doctors’ offices in coming years.

‘My worry,’ he said, ‘is that in 20 years’ time, maybe less, GPs will see an increase in the number of 40- and 50-year-old guys with a 20-year history of using steroids with liver, thyroid and kidney problems, or heart conditions.’

He said the men aren’t likely to go to the doctor until symptoms of serious illness have started, by which time treatment will be more difficult and less likely to work.

READ  Coronavirus support: How to get help for extremely vulnerable people

The report said this is what doctors are describing as a ‘time bomb’.

A seven-year study of 500 men in Denmark, it said, found that premature deaths were three times more common among steroid-users than in men who never used the drugs.

UK Anti-Doping added that it was important to consider steroid use as a ‘consequence of mental health pressure’.

‘Influencers who appear on these sites can be powerful in affecting behaviour or personal moral,’ the report said.

‘Many demonstrate the perceived benefits of IPED or supplement use, without articulating the significant risks, and are [paid] to do so.’ 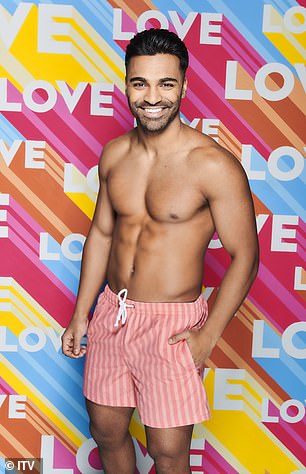 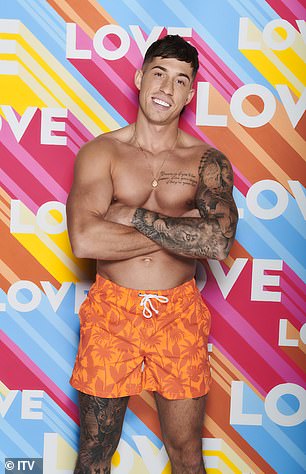 Cosmetic procedures are also on the rise in young women, who often go as far as to have surgery to make their breasts or bottoms bigger.

Research has revealed at least half of people who watch Love Island admit that it makes them feel more self-conscious about their bodies.

‘However, not everyone has the motivation or in fact the physiology to achieve this body type through exercise and healthy eating,’ she told The Times.

‘And some of these individuals may feel that using IPEDs [image and performance-enhancing drugs], and steroids in particular, is the only or fastest way to achieve their goal.’

Why did England have Europe's worst Covid figures? The answer starts with austerity | Michael Marmot