BEFORE you lock your personal items away in the hotel room safe, you should first make sure it is secure.

An expert has explained that some hotels have very easy override codes – meaning anyone can easily gain access.

Codebreakers like 999999 are used as a safety mechanism in case the guest forgets their own code and the staff can open the doorAn eye-opening video shared on YouTube shows how easy it is for an intruder to break into certain safes once they have gained entry to your room.

In the clip posted by “Lock Picking Lawyer,” the person in the film is seen setting their own personal code – just as any guest does when leaving valuables in their room.

After checking that the box is locked, the man then enters an incorrect code on purpose but is barred from opening the door.

However, the man then presses the “lock” button, followed by 999999, and the door opens.

According to the experts – the code 0000 is also often used by safe companies as a codebreaker.

The codebreakers are used as a safety mechanism in case the guest forgets their own code and the staff can open the door, but it also leaves the safe open to abuse from intruders.

As a result, all guests should check whether their own hotel safe has the same codebreaker before deciding whether to leave their own items alone on vacation.

According to one regular traveller, guests should also wipe every button on the number pad with their finger after entering their own code.

This prevents and would-be thieves from checking which buttons were used with an invisible pen and ultraviolet light.

Of course, there is only so much you can do to stay safe – one family found this out the hard way after all of their passports were stolen when their hotel safe was ripped out of the wall.

Not only were they left stranded in Italy, but they also missed their European cruise.

Staying safe while on holiday is a big concern for most tourists and as a result, there are now hundreds of pricey gadgets that claim to deter would-be thieves and other criminals.

Another piece of hotel safety advice that seasoned travellers swear by more than any other for keeping them safe is the humble doorstop.

READ  Take the kids to … We The Curious, Bristol – review

While most hotel rooms doors are fairly secure, even the strongest intruder would struggle to break through a door with a doorstop wedged from the other side.

– The Belle Hop Travel Door Alarm which hangs from a hotel room door handle as an added safety measure and lets out a loud, high-pitched alarm. 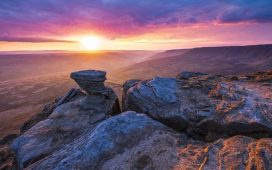 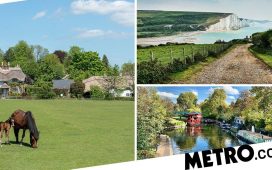 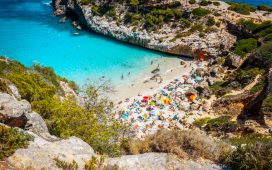 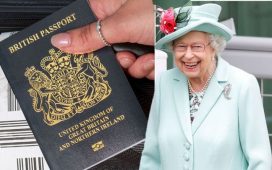