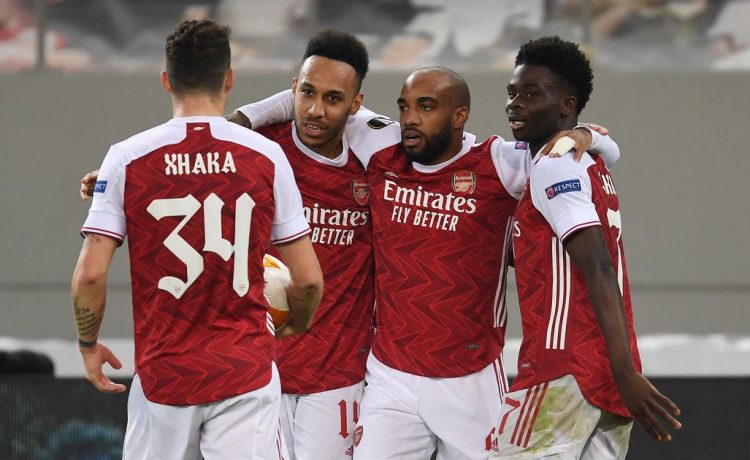 Granit Xhaka has warned Arsenal must show more consistency if they want to “do something” this season.

Arsenal still find themselves stuck in mid-table after an impressive win at Leicester but have struggled to put together a winning run all season.

But Xhaka says they have quality to be higher up the table but must produce top quality performances on a more regular basis.

Gunners midfielder Xhaka said: “We have to do it game by game, not for three games, not for four, we have to constantly be like this, with this energy, this team spirit and after I am looking forward to us doing something.

“We know that they have very good midfielders, Leicester have a very good team as well. They try to play football but we won a lot of duels, a lot of 50-50 balls and the goals were beautiful and I am so happy for the team.”

It was a big test for Arsenal after a gruelling Europa League trip to Athens when they knocked out Benfica to reach the last 16 and then back for a Sunday lunchtime kick off at Leicester.

Xhaka admitted they started poorly but showed real character to recover and produce one of their best performances of the campaign.

He added: “I think we started very slowly. After my mistake when we conceded the goal, I think the team went a little bit up.

“We knew it would be very difficult after the Europa League game, after the travelling and everything else, to be ready for 12pm. It wasn’t easy but I think in the end we deserved to win. We did a really, really good game after 10 minutes. A really important three points for us.”