The next generation of games is nearly upon us, and with the next Xbox set to release this Fall presumably alongside the PlayStation 5, more and more details are beginning to surface as we barrel closer and closer to E3 2020. Sony will not be making an appearance yet again at this year’s E3 showcase, but Xbox is planning to reveal details now with more trickling out before and at the event. Now, we know a lot more about the specifics of the technology powering the Xbox Series X, and what it means for games going forward. Unlike the PS5 which is planning on following a more traditional route of featuring brand new, exclusive games only available on the PS5, Xbox is giving players more options for the near future. All Xbox exclusives will be available on both the new Series X at launch, as well as the existing Xbox One. If you can’t make the jump to next-gen for a while and still want to enjoy their games like Halo Infinite, you will be able to. No doubt these games will look and run much better on the new system, but it is nice to have the option. Let’s breakdown the technical specs of the Xbox Series X and see what it all means. It is time to get technical.


Unlike the last generation where the base Xbox One and PS4 were already outclassed by PC’s at the time of their release, the new systems are looking to pack quite the punch. The Series X has four times the processing power of the base Xbox One thanks to its state of the art Zen 2 and RDNA architectures from AMD. These systems allow the Series X to produce faster and more detailed worlds for you to explore. And, thanks to a new system called VRS or Variable Rate Shading, effects on screen can be generated more efficiently, leading to higher framerates, more resolution, and an even better gaming experience. Pair these features with the astounding Raytracing technology that allows for lifelike lighting and reflections, and we’re looking at a significant jump in graphics and performance. Currently, to get this kind of experience you’d have to invest in a mighty gaming PC, but soon that level of power will be available in your living room for a much lower price. 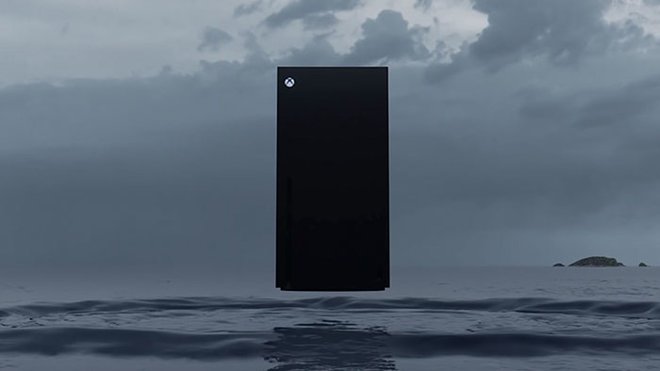 The Xbox Series X.
READ  Facebook will never break through with Oculus, says one of the VR company's co-founders - CNBC


The mission behind Series X according to Phil Spencer is immersion first, with the console making sure it is easier and faster than ever to enjoy gaming. The inclusion of SSD Storage, or Solid State Drive, means longer loading times are a thing of the past. You’ll be able to hop into a game and quickly be enjoying the experience rather than waiting for a bar to fill up before you can jump into the action. One of the nice features about our current generation is how you can suspend your game and pick up right where you left off if you use Rest or Suspend Modes, but with Series X you’ll be able to keep multiple games suspended at once, meaning you can jump between several experiences in an instant if you so choose. Dynamic Latency Input, or DLI, means the pesky input lag between your button presses on the controller and actions on-screen are much quicker, meaning you can react and respond to the game even faster than before. And speaking of speed, for the first time in a console, 120 FPS support comes standard. Not every game will be able to take advantage of course, but those that do will run miles faster than our current consoles. Once you play a game in 60-120 FPS and beyond, it is hard to go back. The whole experience just feels so much smoother, and the potential for quick reactions in multiplayer games that much easier. With HDMI 2.1, the console will automatically set your TV to the best settings possible so games are as smooth as they can be. 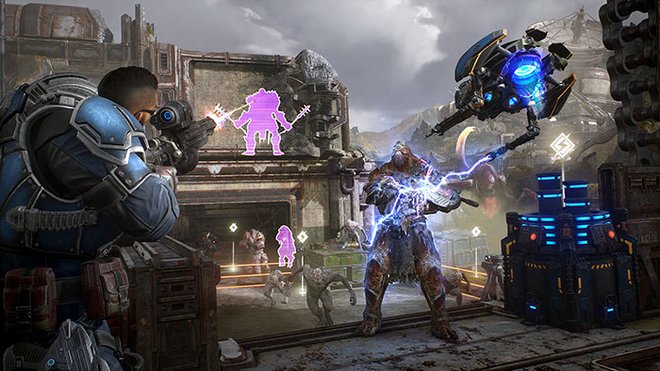 Current Xbox games like Gears 5 will look even better on Series X.
READ  Prime Day returns with deals on video games - Jack of All Controllers


With Xbox’s focus on backwards compatibility, the amount of games you can enjoy from both the present and past has grown significantly. The Series X’s enhanced power will not only make new games look and run amazingly, but your older original Xbox and Xbox 360 games will also look and run better. Load times will be cut shorter, and resolutions will improve as well. Even better news perhaps is the Smart Delivery system. You might remember at the beginning of this generation there were a ton of rereleases of games that had just come out in the last couple of years for PS4 and Xbox One. With Smart Delivery, you can buy a game once, and no matter which console you’re using be it the original Xbox One, or the updated Series X, you’ll have all the bells and whistles of a next-gen game if you take your library to the new console. No need to buy a game twice to get a better experience, you get an immediate upgrade.

Your existing library of games will go with you to Series X.


Xbox is trying everything they can to make the next generation of console gaming as amazing as possible. New strides in technology are giving way to even bigger, faster and prettier game worlds, and the games of yesterday are also getting a big upgrade too. Midway through our current generation of games, many wondered just how much better things could get. Now with what we’re seeing what the Xbox Series X is capable of, I think the answer to that is “we ain’t seen nothing yet.”


What do you think of the Xbox Series X? Does it look impressive yet, or do you wanna see some games first? Let us know below!

11 Mountain Biking Video Games to Play in Self Isolation – Pinkbike.com

What’s one way to respond to mass quarantines? Start a videogame network – The Washington Post

5 Video Games Parents Can Play With Their Kids – GameSpace.com

COVID-19 and the fight for the video games industry – NME.com

Xbox, PS5 and the climate crisis: Next-gen video games could be worse for the planet – CNET